Get your mouth round a burger in Buenos Aires | © Ken Hawkins / Flickr
The burger craze has hit Buenos Aires hard and fast, and it seems that not a week goes by without another burger place appearing. But how do you separate the good from the bad? We round up the best burger joints in Buenos Aires so you don’t have to eat your own weight in sub-par patties.

Probably the most OG burger place in the city, Burger Joint is a stalwart on the Buenos Aires burger scene. These tasty patties are served with crispy fries and there are a host of sauces on hand to pimp your combo. They also have sangria and craft beer on tap, and are so popular that they recently extended their premises out the back, meaning you can now eat on the patio, on the curb out the front or in the graffitied interior that recalls the joint’s New York inspiration. Our tip: get the Mexican burger. 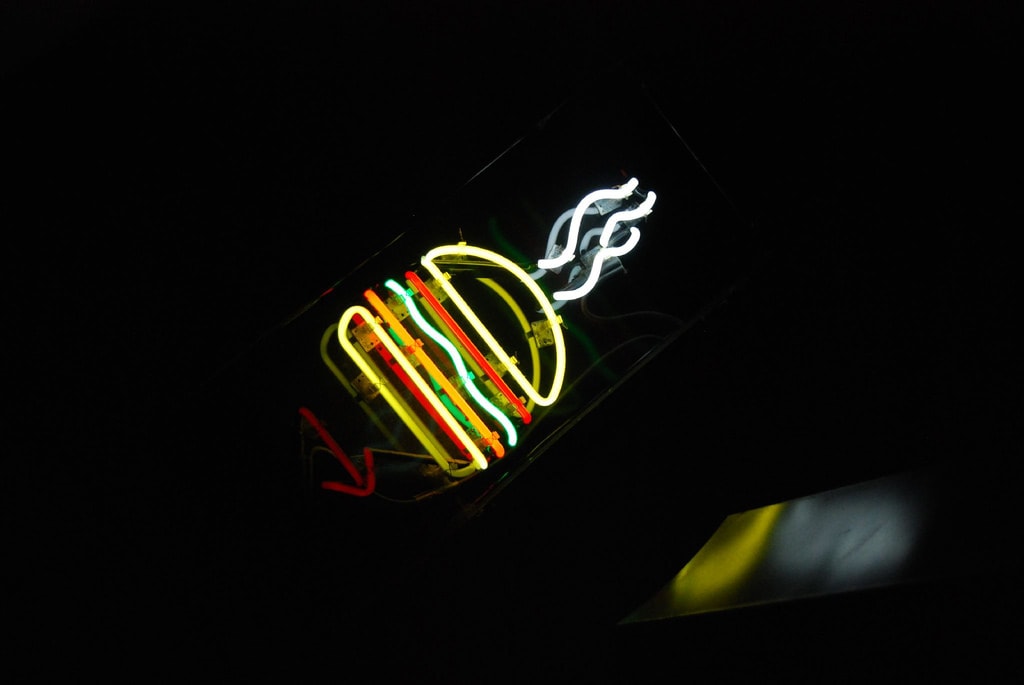 Bar, Cocktail Bar, Argentina, Pub Grub, $$$
At the classier end of the burger bonanza is Pony Line in the Four Seasons Hotel, Recoleta. It might seem unusual to have a burger bar in a luxury hotel, but Pony Line makes it work, and then some. The secret to their sexy burgers is the 45-day dry aged beef they use, as well as the homemade relish and aioli. Get involved and eat your burger at the bar with a killer cocktail that only Pony Line does best. If you really want to look the part, turn up in polo gear, as the bar was inspired by the Sport of Kings.
More Info
Open In Google Maps
1086 Posadas, Barrio Norte, Retiro Buenos Aires, C1011, Argentina
+541143211200
View menu
Visit website
Visit Facebook page
Send an Email
Give us feedback

Restaurant, Argentina, Vegan, Vegetarian, Street Food, Fast Food, $$$
Get the biggest eats in town in Tierra de Nadie | © cyclonebill / Flickr
Caballito’s participant in the grand burger restaurant race is Tierra de Nadie, and it could well be a contender for the crown. Off the beaten path in terms of its location, Tierra de Nadie makes a mountain out of a burgerless molehill in ‘no man’s land’ Caballito. These hefty patties are doused in generous helpings of cheese, caramelised onions and of course the classic lettuce and tomato garnish. Go for fries if you’re really peckish, as the burger on its own is enough to quash the appetite of the hungriest strongman.
More Info
Open In Google Maps
588 Avenida Avellaneda, Caballito Argentina, C1405, Argentina
+541160913816
View menu
Visit website
Visit Facebook page
Send an Email
Give us feedback
Mon - Sat:
12:00 pm - 12:00 am

Bar, Restaurant, Argentina, Fast Food, Vegan, Vegetarian
Tucked away on a secret passage typical of the nooks and crannies that make Recoleta much more than just Buenos Aires most cheto, or posh, neighbourhood, Dellepiane Bar’s burgers are the brainchild of an Argentine/American couple who wanted to bring the best burger to Buenos Aires after scouring North America for the holy grail. Their surf-and-turf special is topped with mouth-watering prawns, a rare sight in the capital.
More Info
Open In Google Maps
685 Luis Dellepiane, San Nicolas Buenos Aires, C1019, Argentina
+541143717601
View menu
Visit website
Visit Facebook page
Send an Email
Give us feedback
Mon - Thu:
12:00 pm - 11:00 pm
Fri:
12:00 pm - 1:00 am
Sat:
1:00 pm - 1:30 am

Bar, Restaurant, Fast Food, Vegetarian, Argentina
San Telmo’s casual dining king in many respects, El Banco Rojo might be more famous for its fried empanadas and tacos than its burgers, but don’t be fooled, it knows its way around a slab of meat just as well as the next burger bar. The team here have carved out a tasty niche that few in the southern barrio have managed to match – the burgers are definitely stand-out, and can now be enjoyed in El Banco’s newly extended patio, where the cool kids hang.
More Info
Open In Google Maps
866 Bolívar, AAR, Buenos Aires, C1066, Argentina
View menu
Visit website
Visit Facebook page
Send an Email
Give us feedback

Never one to be left off a best-of Buenos Aires list, NOLA is where it’s at when it comes to fried chicken burgers. A welcome break from the red meat feast, this New Orleans hipster hangout does the best chicken burgers in town. Crunchy breasts on a bed of lettuce and a homemade bun can be slathered in NOLA’s tasty and spicy sauces, while if you’re not in the mood for bread, the chicken nuggets or the gumbo will take you right back to the south. Be sure to go for happy hour to cut down on your beer expenditure, as you’ll definitely be here for a while.

If we’re going to put one burger chain on the list, it’s got to be Mi Barrio Hamburgesería. The standard of franchise and burger chain sandwiches can vary wildly in Argentina, but Mi Barrio is pretty dependable, and they deliver. With seven locations in the capital alone and one in Mendoza, Mi Barrio really is taking over your barrio with its burgers. If you’re feeling brave, give your insides a test and order the double patty burger.

Burger madness at Mi Barrio © rob_rob2001 / Flickr
Give us feedback