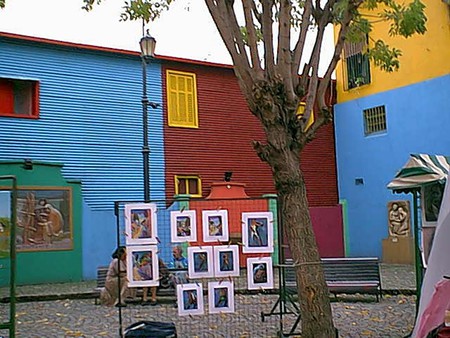 Just southwest of Palermo, Villa Crespo hasn’t quite been gobbled up by Palermo — yet. The barrio is still a great place to stay or just stroll about. It is just a matter of time before the barrio becomes another branch of Palermo. Artsy and scrappy becomes prohibitively expensive, and Villa Crespo is the hot commodity of the moment. A cosmopolitan part of town, there are no major sights. There are, however, various cultures mingling in the streets that bring an old-world feel.

Villa Crespo has been informally associated with Buenos Aires’ Jewish community, with several synagogues located in the barrio. The Jewish migration was minimal until the 1930s and previously had been filled with farming colonies and other rural activities. Today, Villa Crespo is home to a mix of different cultures — just like the rest of Buenos Aires. 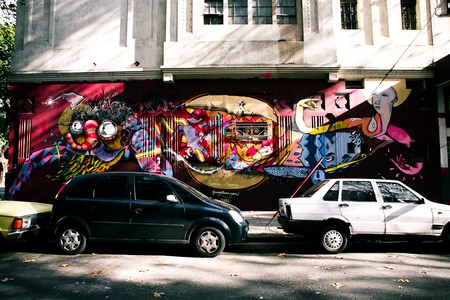 Caballito borders Villa Crespo to the north and Almagro and Boedo to the east, keeping a fairly low profile, even if it is the precise geographic center of the city. Caballito literally translated means ‘little horse’. The name comes from the horse (caballo)-shaped weather vane on top of a pulperia (gauchos’ bar).

The Historical Tramway Museum of Buenos Aires is located in Caballito as well as ‘Mercado del Progreso’ (Market of Progress).

Caballito citizens have a few large plazas to enjoy. The two most important are Parque Rivadavia and Parque Centenario. Parque Centenario, one of Buenos Aires’ largest, has a lake and a mile-long jogging route around the perimeter. 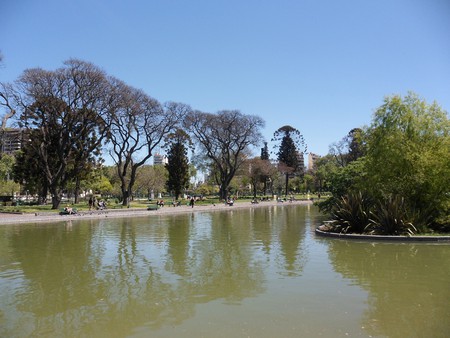 Almagro is between Avenidas Indepencia and Cordoba and dissected by Avenida Rivadavia – one of the city’s main thoroughfares – and has an active commercial district as well as a high population density.

In the 1700s, what is called western Almagro today was owned by the wealthy Portuguese merchant Carlos de los Santos Valente. The eastern section was owned by Spaniard Juan Maria de Almagro y de la Torre, an attorney. The Argentine government seized Almagro’s lands but returned them in 1820.

During the 1800s, most of Almagro was filled with dairy farms and brick factories and at that time was still separate from Buenos Aires. When the San Carlos Parish was built in 1878, the barrio formed its identity and was settled mostly by Italians and Basques. In 1880, the town officially became part of the Argentinian capital. Today the district is mostly a middle class demographic. 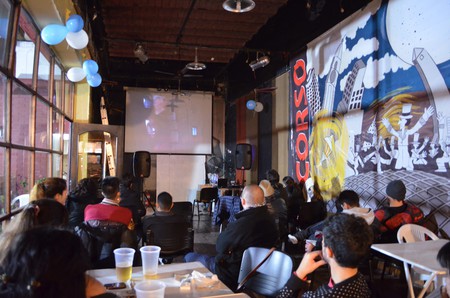 Soccer, or ‘futbol’, fans will want to see the La Bombonera stadium, home of the Boca Juniors. La Boca marks the original settlement before yellow fever forced the well-heeled to move to San Telmo. A brightly painted ghetto, the PROA art gallery is located here.

A working class barrio, La Boca has built a reputation for being subject to more crime than central areas. Tourist areas are usually safe, but taking a wrong turn can put a person at risk, so keep your wits about you.

Restaurant owners in La Boca are happy to see visitors. The eateries here are not as crowded as in more traditional barrios. Expect good food, excellent service, and a low price. 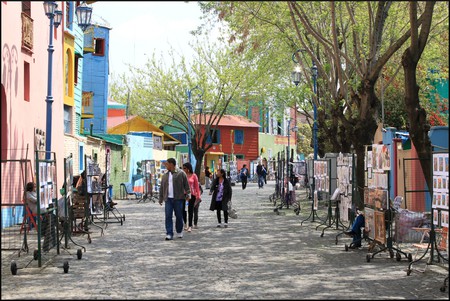 Cobblestone streets, a faded grandeur, and a large street market put San Telmo on tourists’ maps. Tourists find San Telmo romantic and most ‘Porteño’ of Buenos Aires. The barrio is gentrifying and has narrow streets, so it’s not as dangerous as in the past, but be careful at night. Most visitors stay at hostels and boutique hotels. San Telmo is accessed easily by stations on Subte line C, which follows Avenida 9 de Julio.

One of the earliest barrios in the capital, San Telmo, has undergone a decline, but a fresh focus on tourism has brought many improvements and now the neighborhood is a barrio on the rise. A favorite with tourists, San Telmo, has charming locations and is great for antiques hunting. Each Sunday shoppers linger around a giant open air market as tango strut move around the street. 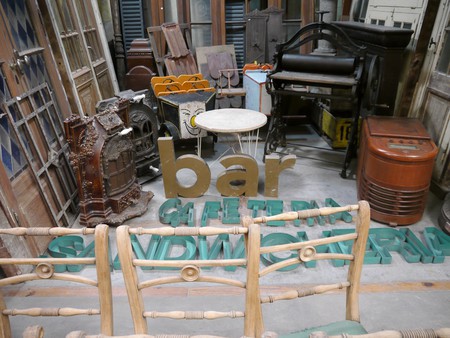 In the 1800s Barracas was the popular barrio where everything happened. Then came the yellow fever epidemic and things changed.

Several wealthy families owned property in Barracas during the 20th century. Modest cafés opened, and factories dominated the economy until 1980. Freeway construction through Barracas led to the demolition of 20 residential buildings and two public parks. As a result, the barrio became the stage for activist Fernando Pino Solanas’s film, Sur, about a man released from prison after the military coup who is trying to come to terms with how life has changed.

Homes in Barracas – located in the south-east of Buenos Aires – have colorful façades. Local artist Marino Santa Maria started painting home fronts in the 1990s, and his work has sparked other redevelopment projects. 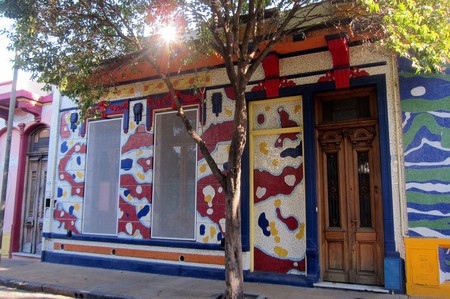 A barrio with its face turned away from Rio de Plata, Puerto Madero is less like Buenos Aires than any other place in Buenos Aires. A TGI Fridays is within easy walking distance of Hooters, and there are no potholes in the sidewalks. It’s as if someone picked up Manhattan and plopped it down in Latin America.

In the 1990s, foreign investment led to redevelopment efforts, and the barrio was recycled and refurbished from west side warehouses into elegant homes, offices, lofts and hotels. Built with an international flair, Puerto Madero has become the address of choice for young professionals and retirees, occupying a large portion of Rio de la Plata’s riverbank 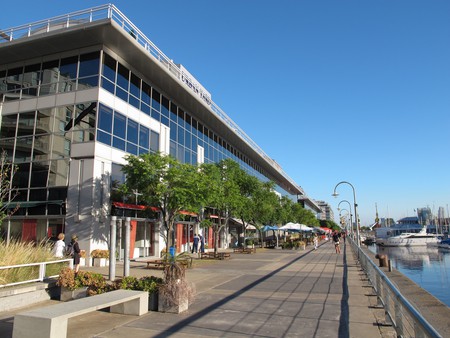 A small area wrapped around Palermo Viejo, Palermo Soho is becoming the fashionable destination for design, bars and street culture. The atmosphere through Palermo Soho tries to be ‘alternative’, and the area is popular with young, upper-middle class Argentinians.

The traditional low (single story) houses have been reworked into boutiques and bars leaving a bohemian feel. 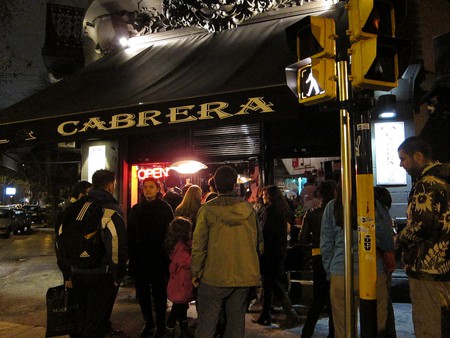 Most of Buenos Aires’ radio and television studios are in Palermo Hollywood, but the barrio is becoming known for its nightlife and includes some of the city’s best restaurants and bars.

Palermo Hollywood earned its name in the mid-1990s when television and radio broadcasters established stations in the area.

Along with Palermo Soho, the barrio is best known for a dense concentration of restaurants, clubs, cafés, and an active nightlife. 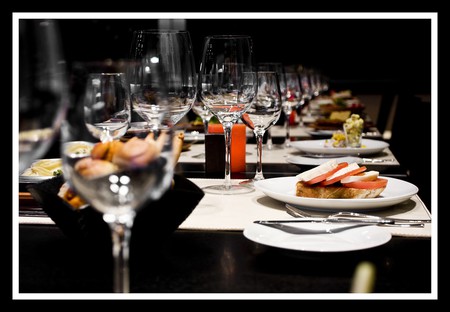 Possibly the most affluent barrio in Buenos Aires, Recoleta holds immense interest for historians and is the home of the impressive Recoleta Cemetery — Eva Perón’s resting place. The cemetery is filled with ornate mausoleums and tombs. Some are well preserved, but others are dilapidated. Despite its popularity, Recoleta Cemetery is not the largest in Argentina; that mantle goes to Chacarita.

Some tourists feel Recoleta is like being on 5th Avenue in Manhattan, with its lavish homes and plush hotels.

Like the Palermo barrios nearby, Recoleta is building a reputation for being the latest ‘hip’ place to see and be seen in Buenos Aires. Don’t even think about having dinner in Recoleta until after 10PM, though — that’s when the restaurants start serving. 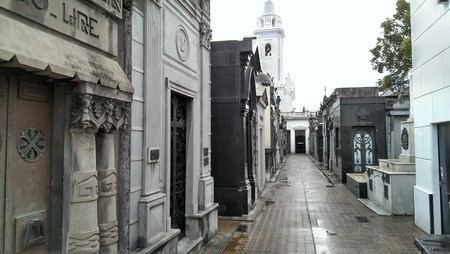