The 10 Best Bars for Expats in Buenos Aires 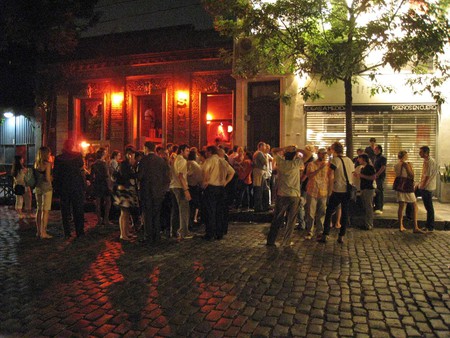 Revelers outside an expat bar in Buenos Aires | © Beatrice Murch/Flickr

Buenos Aires’ expat scene is just as hedonistic as that of the locals, so there are a multitude of bars that foreigners living in the city frequent during the week and at weekends. We round up the best bars for expats in Buenos Aires. 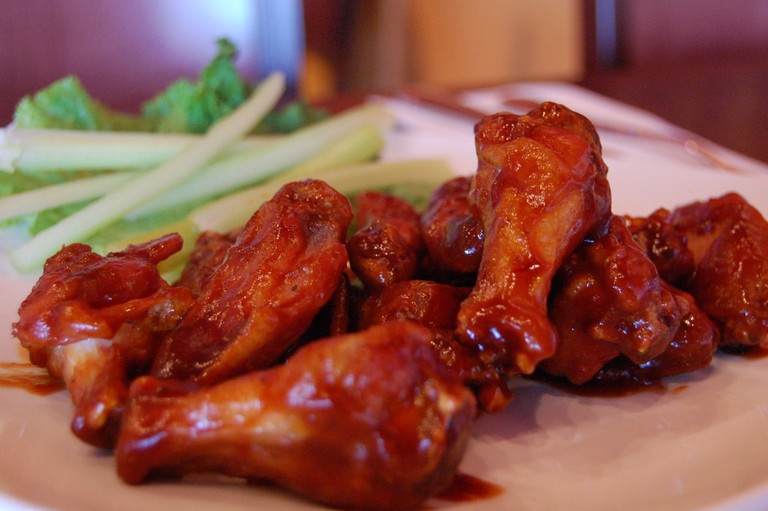 Settle in for some tasty wings at Chicken Bros | © stu_spivack / Flickr
Formerly the expat haunt of Magdalena’s Party, this corner property in Palermo Soho has been taken over by two friends from Atlanta, Georgia and transformed into Buenos Aires’ best chicken coop. Serving up spicy wings, Sunday brunch and cheese fries all while big screens show sports in the background, Chicken Bros is a Yankee home away from home. Drawing a diverse crowd of long-term expats, holidaymakers and blow-ins such as remote workers, Chicken Bros is a good shout for anyone looking to kick-start their weekend.
Open In Google Maps
Thames, Buenos Aires, Argentina
+5491148339113
Visit Website
Give us feedback

Bar, Pub Grub, $$$
Facebook
Email
Twitter
Pinterest
Copy link
Share
Map View
This gringo haunt in Recoleta has been drawing study-abroad students and locals looking to hook up with study-abroad students for years. If you are looking to get wasted on the cheap, El Alamo is for you. Expect rowdy crowds of twenty-somethings downing shots and gnawing on chicken wings, as well as the obligatory sports-bar vibe of the USA. El Alamo appeals to a hostel crowd and anyone looking to have a wild and lively night.
Open In Google Maps
5267 Avenida Córdoba, Palermo CABA, C1414, Argentina
+541147781726
Visit Facebook page
Give us feedback 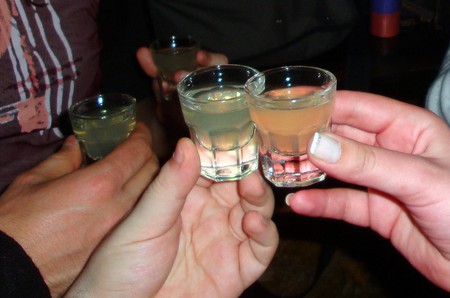 Brace yourself for a night of shots in Chupitos | © linmtheu/Flickr

Another favorite with college kids looking for their very own lost weekend, the shots-only haven of Chupitos has to be seen to be believed. Their choice of shots is seemingly endless, and they cater for their young clientele with activities such as beer pong and video arcade games. So popular is this shooter joint that they have four locations in Buenos Aires and the province.

A firm favorite among both expats and locals, NOLA’s New Orleans-inspired fried chicken burgers, nuggets, gumbo and deep fried sweetbreads keep people coming back for more. This hipster hangout is packed during the summer, so it’s a good thing that they are extending their premises. NOLA hits the nail on the head by being the kind of place you can hang out all day, and the longer you’re there, the looser you get, so get involved!

Another favored expat hangout, The Temple Bar has two locations close to each other so that if one is busy, you don’t need to go too far. It can be hard living in a different country, but people come to Temple Bar for familiarity and to socialize, so don’t be a wallflower and get ready to mingle. Don’t be surprised if an English-speaking Argentine approaches you, Temple Bar also draws people who want to practice their English and meet people from abroad. 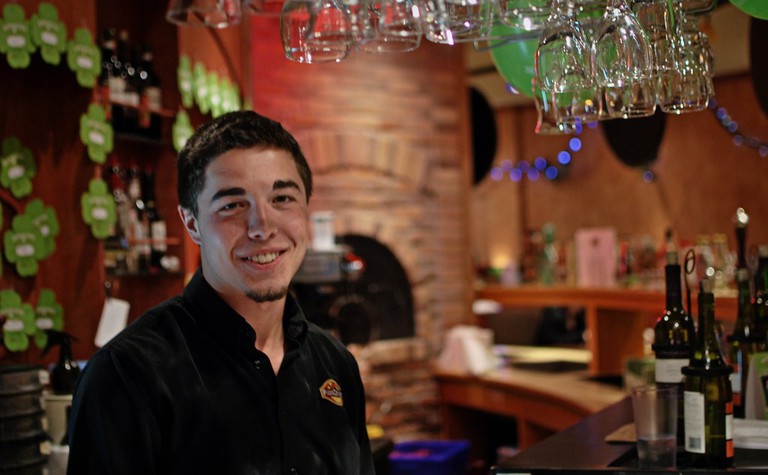 Go Irish in The Shamrock | © Morgan/Flickr
If you’re looking to get your groove on and meet some expats while you’re at it, The Shamrock is the place for you. Irish bars are generally frequented by foreigners seeking an injection of fun from the Emerald Isle, and this place provides exactly that. It’s not as cheesy as most Irish bars, and the nightclub downstairs is the perfect place to shake those hips after a couple of drinks.
Open In Google Maps
1220 Rodríguez Peña, Recoleta Buenos Aires, C1021, Argentina
+541148123584
Visit Facebook page
Give us feedback

A staple on the Buenos Aires craft beer scene, Antares was bringing golden pints of ale and IPA to Buenos Aires way before the craft beer revolution began. With Argentina a little late to the game when it comes to artisanal beer, Antares made a name for itself among foreigners who were used to having craft beer readily available, so it’s no surprise that people from abroad still come to Antares to get their beer fix.

This cute little wine bar draws a decidedly female crowd of expats, who go for the delicious yet reasonably priced wines at happy hour, the generous picadas of meat and cheese, and the dreamy owner who presides over this grape haven. Hache has strange opening hours so be sure to check their Facebook page in advance.

Restaurant, Fast Food, Argentina, $$$
Facebook
Email
Twitter
Pinterest
Copy link
Share
Map View
Who doesn’t love a choripan? Well, this gourmet sausage restaurant has taken the humble chori to another level of deliciousness, and as well as their sausage specialties, this Palermo bar is also known for excellent drinks. Antares on tap, cocktails and local favorite Apostoles gin are all on the menu, serving a largely male clientele.
Open In Google Maps
1653 Thames, Palermo CABA, C1414, Argentina
+541139669857
Visit Facebook page
Give us feedback 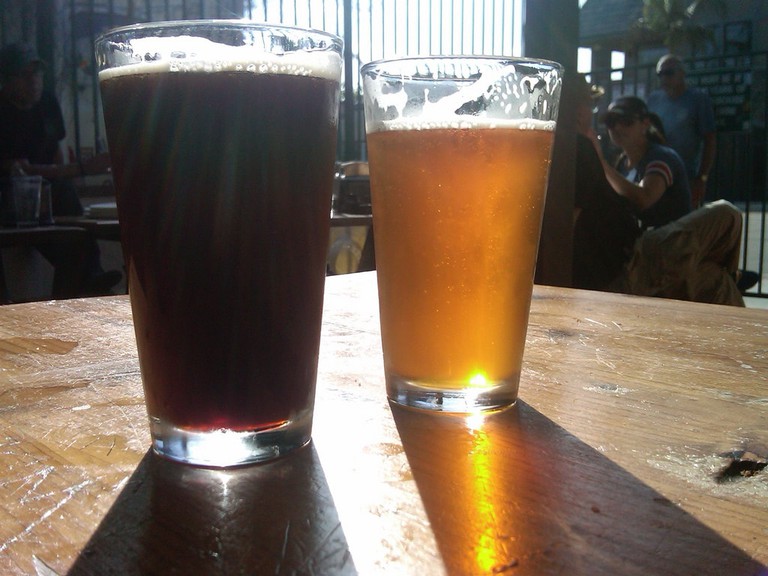 Make some new friends with a craft beer in Darsena | © K. Graham/Flickr

Darsena is a hit with the expat crowd, owing mainly to its large patio and industrial feel created by the shipping containers which the bar is constructed with. Beyond the patio is an indoor area with cosy booths lining the walls, and they have a pretty legit food menu too. With spring just around the corner, expect Darsena to be packed over the next few months, so bring your A-game for all those friendly foreigners who will be hitting the outdoor area.