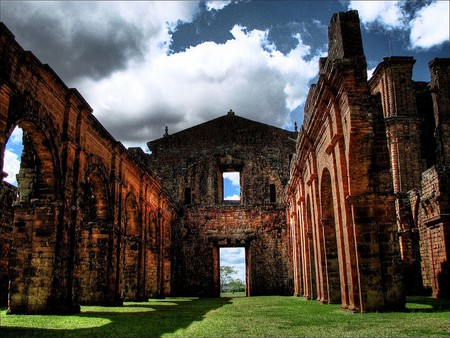 Situated in the middle of a small town by the same name, San Ignacio Miní is among the most popular Jesuit ruins in South America. Admittedly, this is partly due to its convenient location on the road to the Iguazu Falls, a well-trodden route that renders the site a must-see for anyone with even a passing interest in Spanish colonial history. 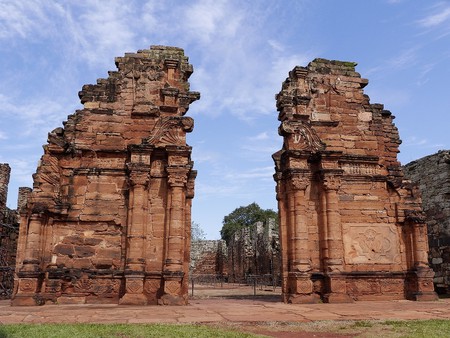 The Society of Jesus, also known as the Jesuits, is a rather fanatical scholarly section of the Catholic Church that came out of Spain during the 16th century. With the daunting task of evangelizing the world at hand – or at least as much as possible – Jesuit priests traveled to all corners of the globe to spread the word of God. At the top of their 17th-century itinerary was the vast and largely unexplored continent of South America, perhaps an obvious choice given the Spanish colonial era was then in its prime. 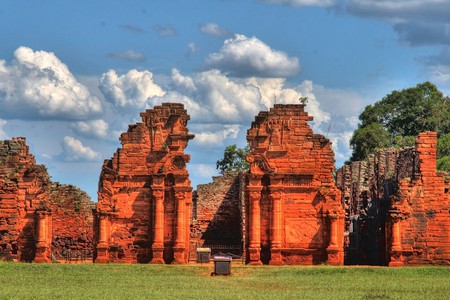 San Ignacio was first constructed in 1610 in modern-day Brazil, where a sizable settlement flourished for some 20 years before constant attacks from treasure hungry Portuguese bandits forced the Jesuits to pack up and leave. It wasn’t until 1696 that they settled on the current location, declaring it San Ignacio Miní to distinguish it from the larger San Ignacio Guazú (greater). 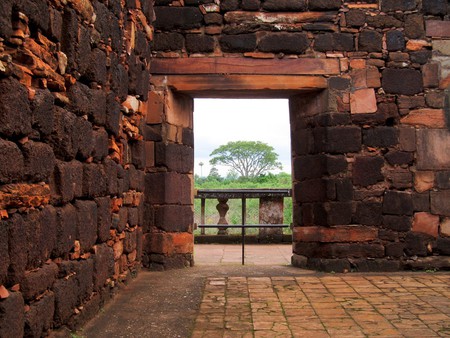 At its peak, some 3,000 mostly indigenous inhabitants lived on the site, making a modest living from producing high-quality handicrafts which the Spanish shipped down the adjacent Parana River. This lifestyle continued for some 70 odd years until a movement known as the Suppression of the Society of Jesus saw the Jesuits fall out of favor and be forced to flee. The natives tried to destroy San Ignacio Mini, as well as various other missions in the area, about 50 years later in 1817. 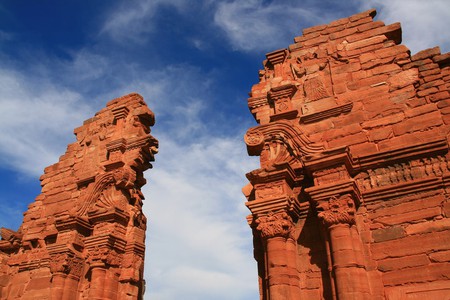 Fortunately, their efforts were not entirely successful as San Ignacio Mini remains one of the best preserved Jesuit ruins in South America today. Constructed in the Guaraní baroque style – a mix of indigenous and Europe techniques – these impressive red sandstone ruins give tourists a taste of what life may have been like all those years ago. Today, visitors can still admire the old plaza and its intricately carved walls as well as the ominous town church. 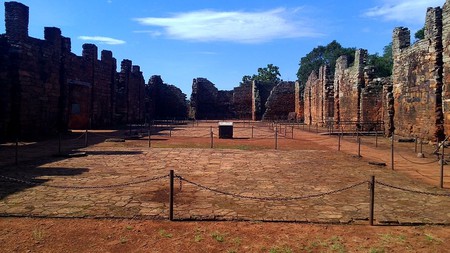 Such is its splendor and historical importance that UNESCO declared the ruins a World Heritage Site in 1984 and the World Monuments Fund named it a World Monument to Watch in 1996.

Indeed, for travelers only planning to visit one Jesuit site on their journey through South America, this should be it.