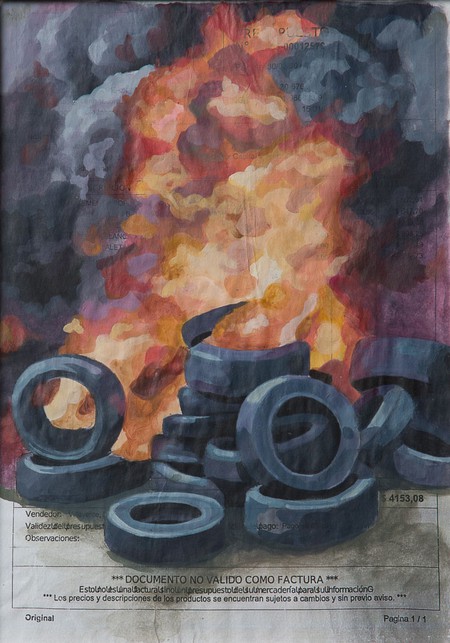 Argentines are a creative bunch, and in a country where the economy is as volatile as it is, creativity can go a long way to defying the fiscal odds. A group of artists have been doing just that, and a new movement known as Pimp My Factura (or Pimp My Bill) has arisen to combat rising living costs. We find out more.

A group of over 40 Latin American graffiti artists, urban artists, graphic designers and visual artists are repurposing unpaid gas and electricity bills by painting and collaging them to turn them into works of art. The resultant artworks are then sold to fans and collectors, or simply people wanting to support the project, which has altruistic motives at its core: the unpaid bills and quotes for proposed building works all come from three community centres in low income areas which are suffering from debts and face potential closure.

The idea is that the artworks made from the bills and estimates will be sold for the outstanding amount listed, with all of the proceeds going towards the maintenance of the community day care centres to avoid their closures. The centres, located in Buenos Aires, will benefit directly from 100% of the profits of these artworks, which are currently being sold and exhibited at the Centro Cultural Rojas in Balvanera, Buenos Aires. 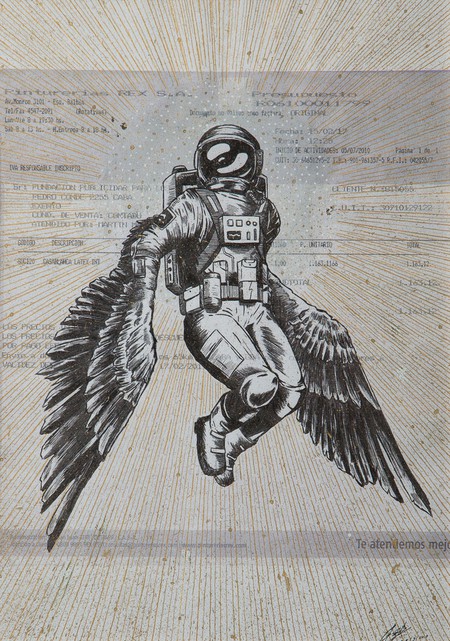 An artwork on a bill by Chapa | © Chapa/Pimp My Factura

Artists from Argentina, Brazil, Uruguay, Colombia and even as far afield as the Philippines, have participated in the project, inspired by both the charitable cause and also the anarchy of selling unpaid bills, which could be seen as very much a middle finger up to corporations and the man.

Enzo Ciucci is one of the founders of the movement, which was started by an ad agency that looks for innovative and creative ways to support underfunded organisations. Fundacion Publicidar brings people together to help gather funds for the day care centres, and pimpmyfactura was one of the ideas that took off.

Many of Argentina’s most well known street artists, including Gordopelota, Diego Roa, El Marian and Pedro Perelman have turned the bills into works of art, as well as visual artist George Manta, who has created posters for bands such as Tame Impala and Devendra Banhart. The type of work on the bills includes pencil drawings, stencils, markers and crayons, mixed media and collage, typography and acrylic paintings, and the campaign has gone international, making it onto the virtual pages of Vice.

The bills are available for purchase from pimpmyfactura.com, although many have already been bought or reserved, so get your slice of the pie and help the much needed community centres by getting yours before they’re all gone. 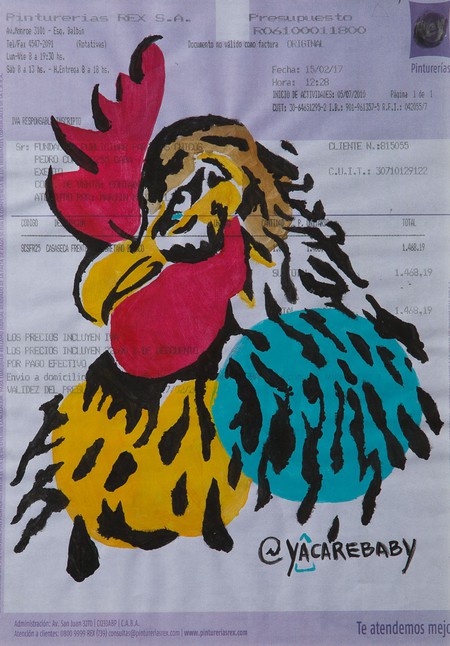