How One Argentine Football Player Inspired a Religious Movement 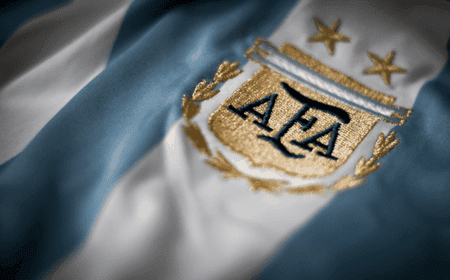 Football, the world’s most popular sport, is so embedded in the culture of South America that it creates such an extreme following that it could be classified as a cult, or even a religion. In fact, the supporters of one of Argentina’s most beloved yet hated, talented but tainted sports stars have actually created a religion honouring this player, making him figuratively, and literally, a soccer God.

Whether you’re a fan of football or not, you’ve probably seen the grainy footage of the short, stocky player in baby-blue and white stripes weaving his way through a seemingly standstill defence, to score one of the most incredible solo goals in soccer history. No? How about the controversial goal where the smallest player on the pitch jumped to head the ball, and out of reach, he punched, literally, Argentina’s way into the semi-finals of the World Cup and punched England’s ticket home. If you answered yes to one, or yes to both, they were the workings of the most famous football player in Argentina history – so famous in fact, that his supporters consider him not only the greatest footballer in history, but they consider him a god. 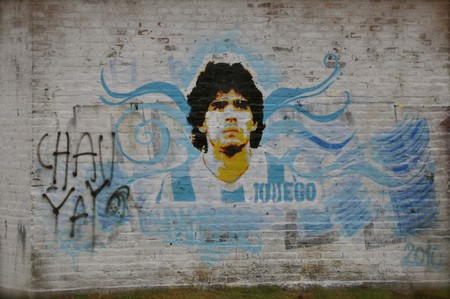 Diego Armando Maradona was born on October 30, 1960 in Buenos Aires, Argentina, and 38 years later, after collecting numerous trophies – most notably the World Cup in 1986 to pair with his Golden Ball that year as the tournaments best player – his paisanos (countrymen) immortalised him as the centrepiece to a religion known as Iglesia Maradoniana, or the Church of Maradona. 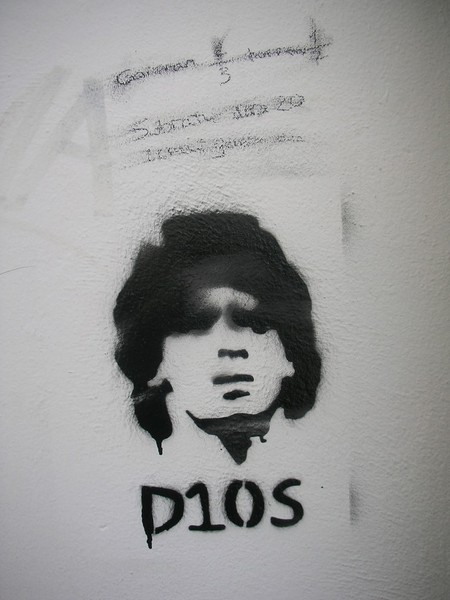 This religion is not to be confused with those people who loosely throw around the term ‘legend’, or ‘god’ when referring to an athlete they idolise; this ‘religion’ has many facets that draw similarities to other faiths, including their own 10 Commandments. Fitting, as Maradona’s number was 10, and he is often referred to as D10S, combining his number with the letters D and S, to create the word dios, meaning god in Spanish. Examples of two of the commandments are that a follower of the Church of Maradona must name their first-born son, and change their own middle name to Diego.

Also, he is never to be referred to as a player of one specific team (he played for six club teams over Argentina and Europe) and the ‘churches’ where you pay homage to Maradona are the stadiums in which he graced with his presence and talent. 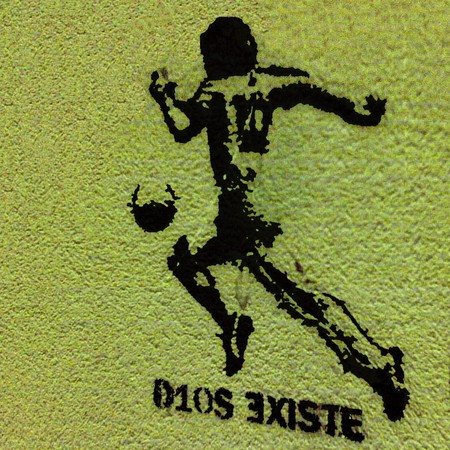 A stencil of Maradona with the phrase ‘god exists’ | © Antonio / Flickr

This type of insatiable following in regards to a football player whose incredible talent is sometimes overshadowed by his less-than-ethical style of play as well as off-field antics, make North American supporters who paint their whole body their team’s colours look sane and civilised, which is a very disturbing, yet entertaining thought.