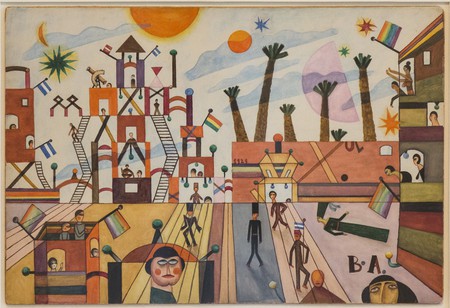 Every country has their own particular creative genius – for Argentina, it’s artist Xul Solar. Dubbed ‘Argentina’s William Blake’ by famed author Jorge Luis Borges, he’s also been compared to Salvador Dalí in terms of his eccentricities and talent. Here’s everything you need to know about this artistic mastermind.

Xul Solar was born Oscar Agustín Alejandro Schulz Solari in 1887 in Buenos Aires province to Italian and Russian parents. He studied both music and architecture, but left Argentina for Europe in 1912 where he toured extensively during World War I. While in Europe he mainly spent his time in Italy, where he came into contact with influential futurists, an artistic genre that would go on to shape his surrealist paintings and unorthodox thinking.

Life as an artist

In 1916 he began life as Xul Solar, a variation on his name that has been deciphered to mean ‘the light of the sun’, due to the reversal of the word ‘lux’, meaning light, for his first name and taking ‘solar’, or sun, as the surname. The name itself gives us a clue as to where Solar saw his artistic identity lying, and illuminated the interests and themes that the artist would deal with – astrology and the universe.

After exhibitions in Paris and Milan, he returned to Buenos Aires in 1924, where he became involved with a group of avant-garde artists, poets and writers called the Martin Fierro Group. The group included Argentina’s most famous author and the godfather of magical realism, Jorge Luis Borges, elevating Solar to the status of the bohemian elite.

Solar developed a particular technique for his work: watercolours on small format paper. His paintings often depict other-worldly scenes, full of bright colours and often referencing celestial elements such as planets, stars, the sun. Symbolic elements and numbers are incorporated for astrological purposes, and religious motifs, such as angels and halos, are often re-imagined to embody secular meanings, upending the traditions of iconography.

Solar also alludes to pre-Columbian representation and invokes antiquity to create artworks that link the past and present. One of his most famous works is Entierro (1914), which presents the viewer with the view of a funeral procession that incorporates the above elements above to offer a new and unusual reading of the afterlife. 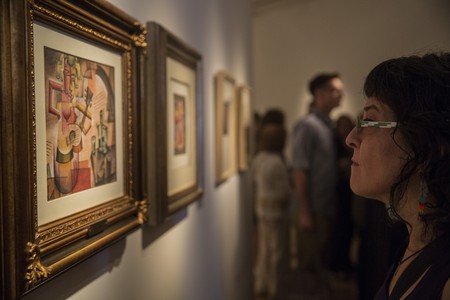 However, Xul Solar’s work extended far beyond the realm of the visual. A keen linguist and critic of language in its current form, he invented two imaginary languages to best express his vision of utopia. Believing Spanish to be outdated, Solar’s first language was called Neo-Criollo – ‘criollo’ referring to Latin Americans of Spanish descent. Neo-Criollo was a hybrid of Spanish and Portuguese, with some English, Greek, French and even Sanskrit thrown in for good measure.

Not satisfied with creating one entirely new language, Solar followed Neo-Criollo up with Pan Lengua, a multi-faceted yet grammatically simplified language that also incorporated art, numbers, music and astrology. Both of these languages were intended to be a common tongue, uniting disparate regions under the banner of universality.

As part of his universal vision he also re-imagined existing games, such as a soccer game that could be played with multiple balls and Pan-Chess, an upscaled version of chess played on a larger square and drawing on spiritual elements in its rules. He also created a personalised set of Tarot cards and invented a new musical scale on a modified piano. 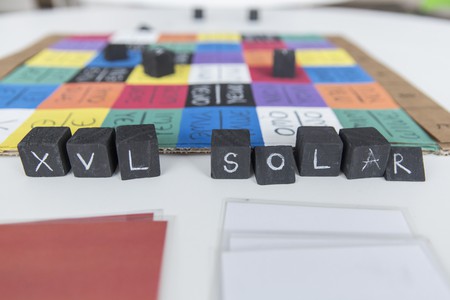 Where to find out more

Xul Solar died in Argentina in 1963, but left a lasting and fascinating legacy. Those wishing to find out more can visit the Xul Solar museum in Buenos Aires, located in the upscale neighbourhood of Recoleta, where a number of his works are on display in a permanent collection.