Meet the Argentine Songwriter Who Defied Dictatorship With Children's Songs 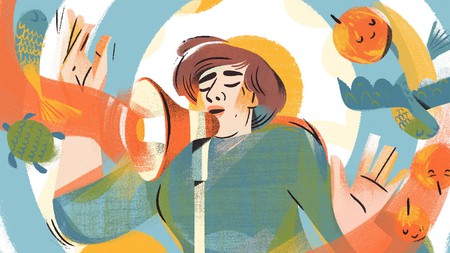 María Elena Walsh was a songwriter like no other. Although she started as a performer looking to carve a career in music, she quickly became an important public figure in Argentina, never shying away from political debate – not even during a dictatorship.

Ask anyone in Argentina if they know the song about Manuelita the turtle and her adventures, the one about the Kingdom of Upside Down, or even the song that tells the story of an intrepid and pudgy dachshund. Pretty much everyone will immediately recall the lyrics and probably start humming along. Since the late ’60s it was María Elena Walsh, author of those songs and many others, who kickstarted a revolution in the way children were addressed through songs and books. She never used silly language and instead appealed to their intelligence, playfully using words and wit to charm both children and adults. All of this was considered subversive by the dictatorship in the ’70s and so she became an icon in the fight against censorship.

Walsh was born to a wealthy family of Irish and Spanish descent in 1930. She grew up in an enormous house in Ramos Mejía, located in the Greater Buenos Aires area, where she had a vast garden, a henhouse, rose bushes, lemon and orange trees and a fig tree, to which she dedicated many lines in songs and in her first novel. This upbringing was ideal for shaping her into the person she would later become: one of the best known figures of Argentina’s culture. 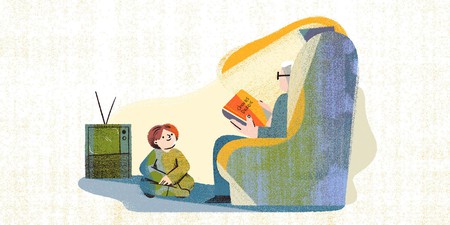 Her tranquil youth was filled with books, movies and music. As a young girl she fantasized about singing and dancing on a stage, just like in the great musical comedies from Ginger Rogers and Fred Astaire. It was during those years that she came to know and love British nursery rhymes through her father, a railway worker and self-taught pianist. He often read Charles Dickens and introduced her to British humor at a young age, which would later become a staple of her work.

When Walsh was in her early 20s, she received a scholarship for young writers to study at the University of Maryland for a semester in 1949. After she returned, even though she was praised for her writing and got to publish her second book of poems, she felt sickened both by what her family expected of her and by the Peronist government, which she considered authoritarian. She teamed up with Leda Valladares, from Tucumán, and left for Europe, where she sang in front of the likes of Pablo Picasso, Jacques Prévert and Joan Miró and shared the green room with a young Charles Aznavour.

After touring for a few years, the duo returned to Argentina and recorded many more albums that featured some of her most famous songs such as ‘El Reino del Revés’ (‘The Backward Kingdom’) and ‘La Vaca Estudiosa’ (‘The Studious Cow’). Their act included theatrics such as dressing as jugglers with backup actors mimicking the characters from their songs. This established them as a staple of Argentinean culture and their songs could be heard at every child’s birthday from then on. After splitting with Valladares, she wrote many books that would place her in the canon of children’s literature in the ’60s.

But Walsh’s work, as important as it had been for a generation, was deemed dangerous by the military junta during the last dictatorship in Argentina (1973-1983) – encouraging children to think for themselves and question the world around them was not favorably seen. The authoritarian government not only censored children’s stories and TV shows, but also prohibited the broadcasting of songs. Chief among them was ‘El Twist del Mono Liso’, one of Walsh’s most famous songs often sung in both classrooms and homes around the country since its release in 1962. “The song is about an eccentric orange that, despite the efforts to domesticate her, does what she wants,” said author Gabriela Pesclevi, who in 2014 published a book about the children’s books that were banned during the dictatorship. Although an official censorship decree wasn’t issued, the song was listed by the military junta as unsuitable for broadcast, among 150 other songs. According to Pesclevi, the government may have objected to the colloquial language of the song and deemed it “inappropriate”. 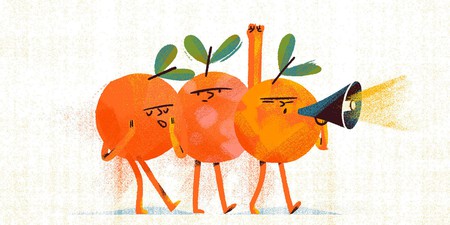 Walsh left the stage in 1978, exhausted from the pressure from the military junta, right during the middle of the World Cup that was happening in Buenos Aires. During that time, many of her songs were censored, and thus inadvertently became symbols of the fight for democracy. These included the songs ‘La Cigarra’ (‘The Cicada’), ‘Gilito de Barrio Norte’ (‘Nimble boy from Barrio Norte’), ‘Canción de Cuna Para un Gobernante’ (‘Lullaby for a Ruler’), ‘Oración a la Justicia’ (‘Prayer for Justice’), ‘Canción de Caminantes’ (‘Walker’s Song’), ‘Balada de Cómodus Viscach’ (‘Cómodus Viscach’s Ballad’), ‘Postal de Guerra’ (‘War Postcard’) and her cover of ‘We Shall Overcome’, a gospel song that became a key anthem of the Civil Rights Movement in the US.

Walsh was never one to keep quiet in the face of injustice and, stating her stance against the authoritarian character of the government in 1979, she published a sharp op-ed titled ‘Misfortunes in the Kindergarden-Country‘. She would later reuse this title for a book, where she denounced the government for infantilizing the Argentine people. “For a long time we’ve been like children, and we cannot say what we think or imagine,” she wrote. “When the censor disappears, we’ll be decrepit and we won’t know what to say. We’ll have forgotten the how, the where and the when, and we’ll sit in a park […] wondering who we were.”

What pushed her into publishing these words was the charged political atmosphere in Argentina and the censoring of books, children’s television shows and movies, which she compared to the indoctrination “proper of a convent school”. The irony of Argentina’s best known children’s author and songwriter accusing the government of treating its citizens as little kids is an act of political relevance in its own right, and Walsh knew exactly what she was doing.

When asked during an interview in the mid-’90s how she would like to be remembered, Walsh stoically said she wanted to be commemorated “as someone who wanted to bring joy to other people, even if she sometimes failed”.