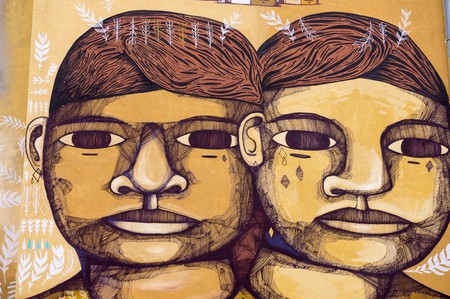 Pol Corona is somewhat of a legend in the Buenos Aires street art scene. This creative artist with a likable personality has won the admiration of fellow painters by curating colorful murals throughout the southern Buenos Aires neighborhood of Barracas – a project that has received a lot of community support for putting some life back into an otherwise dull residential district. Read on to learn a little more about the man, his history, and achievements in the scene.

Corona was born in France and moved to Madrid as a young child. It was in the Spanish capital that he developed a love for graffiti, at first focusing on bombing and tagging the local streets. Despite being caught, arrested and released again because he was underage, he continued to illegally develop his style on public property as often as he could. 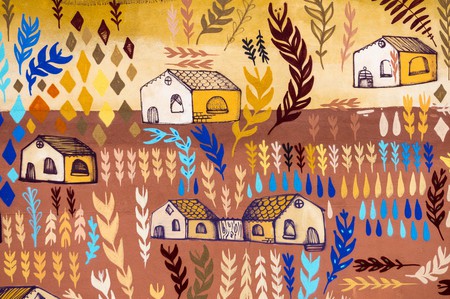 It wasn’t until he moved to Buenos Aires as a 16-year-old that his creativity began to soar. Corona quickly befriended many on the local street art scene and began to make serious progress in developing his skills. He never had any artistic training, instead learning everything he knows from practicing on the streets – a long process that took a great deal of trial and error.

He describes his creative process as being organic and spontaneous. Ideas for pieces are formulated after assessing each individual wall and depend largely on what would work in that particular environment. He prefers not to sketch or plan too far ahead in the belief that a continuous creative process yields better results. Most of his work focuses on two main subjects – recurring themes for which he is easy identifiable. 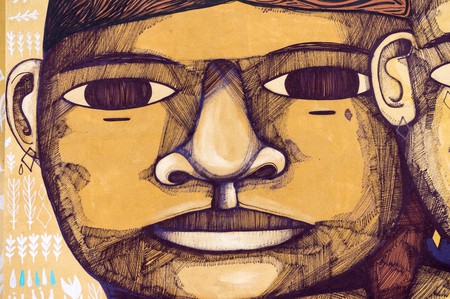 The first are faces, something that Corona has loved drawing ever since he was a small child. There has been a lot of evolution in the process, with his recent works being substantially different in style to what he was painting just a few years ago. All his faces come from the imagination and don’t depict anyone in particular.

His other favorite subject is houses, partly because they represent the basic human necessity of shelter. He sees houses as places of love, a home where meals are shared together. Corona admits that he grew up in a good household, which has probably influenced the positivity in his work. His painted houses are very similar to one another, although there are always some subtle differences such as the roof or windows. 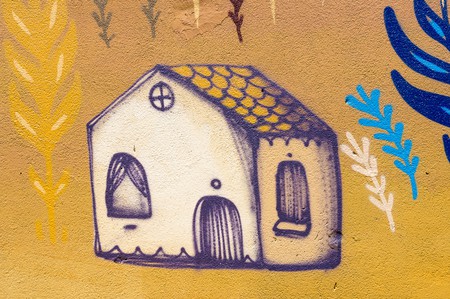 Aside from working as a curator, Corona is still heavily involved in the street art community and loves to collaborate with other painters. This is either done by splitting a wall down the middle and each artist painting what they want on their side, or having a crossover mural that combines two styles into one. Corona says he prefers working with artists who are substantially different to him because it promotes greater creativity.

Looking forward, Corona wants to be more of a curator than a painter, testament to his passion for working with people. His friendly, open-minded nature and contacts within the scene have allowed him to land a position with a local company called Sullair, who pay him a salary to liaise with fellow painters and residents on the best way to approach new projects. The aim of his work is to revitalize his local neighborhood, something that has been welcomed by the community who are pleased to see a little color and creativity infiltrate their lives.