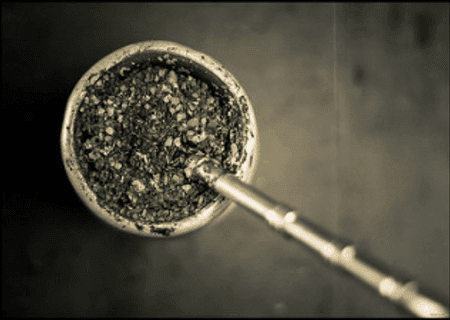 They hold it under their arm with the same care a mother supports her newborn child as she passes worryingly through a crowd of people. They prepare it like a chemist carefully pouring substances between test tubes and beakers. They pass it among each other like handing down a family heirloom, yet what we are referring to is not a fragile artefact, but instead one of the most common customs you are likely to see around every single corner, from the golden Pampas to hostile Patagonia, of Argentina.

If you have ever been to Argentina, you will inevitably be well versed in what we are referring to, which is of course the beloved tradition of mate. Pronounced “mah-tay”, you must understand that what may seem to the outsider as simply tea in a peculiar cup, this beverage and the tradition around it is so much more deeply rooted in the Argentinian culture, than one might expect. Another thing to understand, is the pieces of the mate puzzle, as explaining it to a foreigner can be as confusing as explaining the distinction between Great Britain, England, and the United Kingdom to a South American. Mate does not refer simply to the herb you drink, the cup you drink it from, or the process in which you drink it, but instead it refers to all of the above, and more. 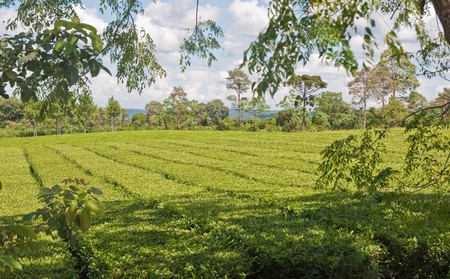 The tradition and use of the mate herb dates back centuries in South America, seeming to originate from Pre-Columbian times in the once-Spanish colony of Paraguay. And as the Spanish expanded through South America, the reach of mate followed. Prior to this, it is suggested that the indigenous tribes consumed mate mainly for medicinal purposes, but as colonization expanded into what is now called Argentina, the mate tradition grew, was tweaked and ultimately perfected. As many nations in South America turned their attention to the expanding market of growing and exporting coffee, Argentina stayed true to its mate roots and became the prime producer and consumer of the herb. 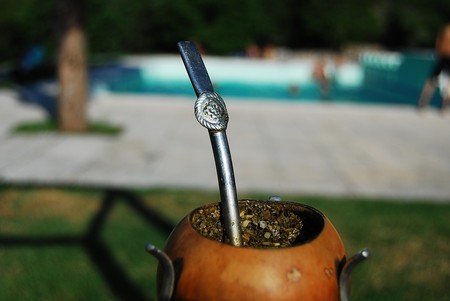 A proper mate set up is both a beloved part of an Argentinian, and as much of a declaration of patriotism as wearing the blue and white stripes of the national football shirt. It contains a type of cup, or gourd – often a unique design or shape pertaining to the individual who owns it – a metal straw that dips into the bottom of the cup, underneath the most important element, the yerba mate. At this time the water is drizzled over a dry area of the herb, letting it soak up the bitter-sweet flavours, and drag the caffeine to the base of the straw.

The process in which to share the mate, or matear (yes, they have even created a verb about drinking mate) has become an incredible way to both distinguish Argentinians, but also break down barriers and include other travellers, nations, and cultures into the tradition of drinking mate. The owner of the mate will commence the session by filling up the gourd and passing it to another person who will enjoy the herbal liquid, return the cup to the owner, who then refills it with more hot water over a dry portion of the herb, and pass it on to another person, welcoming them into the circle. 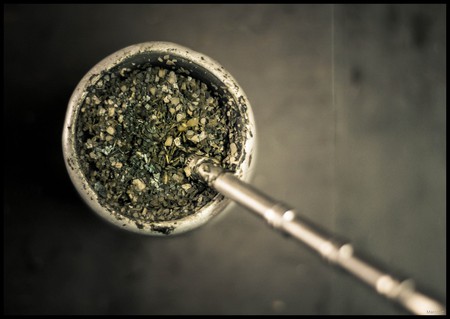 Similar to North America, where people meet friends over a cup of coffee, Argentinians indulge in impromptu mate sessions. However, unlike traditions to the north where your cup of coffee is yours and yours only, Argentinians are always more than willing to include anyone in the experience. Mate is often enjoyed alone, but is more about the process, the inclusion, and the connection than the drink itself, and is the perfect ice breaker as they welcome you into their customs, as if they were welcoming you into their home.