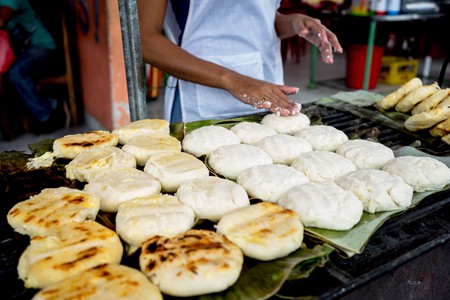 Due to the political and economic crisis raging in Venezuela, an unprecedented exodus has been taking place, with many Venezuelans migrating to Argentina in response. They are often overqualified and eager to start new lives. In just a few years, they have changed the gastronomical landscape of Buenos Aires, helping diversify its food options.

The impact of Venezuela’s political and humanitarian crisis has extended well beyond its borders. According to UN estimates, 4 million Venezuelans – more than 10 percent of the country’s total population – have fled their country since 2015. This number is comparable to some of the world’s other severe refugee crises in recent years. While Argentina is not the first country to welcome Venezuelan migrants, it has largely maintained an open-door policy to refugees and migrants from fellow Latin American countries for many years, becoming a destination of choice for those seeking a better life. 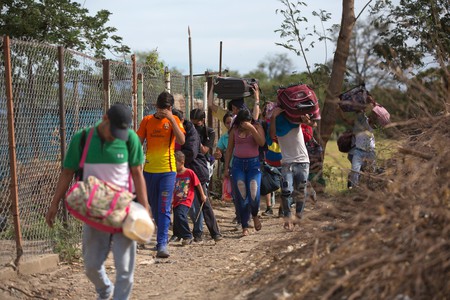 According to official estimates, over 130,000 Venezuelans have entered Argentina since 2016. The number of legal residencies granted to them has increased more than fivefold ever since, surpassing even the number of Bolivian or Paraguayan citizens seeking to live and work in Argentina.

Even though food shortages are becoming the new normal in Venezuela, arepas flourish everywhere else migrants decide to settle. And as more and more Venezuelans choose Buenos Aires as their new home, arepas have become a regular street-food option in the city. Arepas are made of ground maize dough or flour, cooked and compressed into a flatbread that is then stuffed with a variety of ingredients. They are a staple in any Venezuelan diet. It’s the food that takes Venezuelans back to their childhoods and conjures emigrés’ most vivid memories of the families they may have left behind.

However, for many Venezuelans in Argentina, food has also become an opportunity to start over. According to Locos por las Arepas, a website created by two Venezuelan immigrants dedicated to tracking arepas around the world, Buenos Aires has over 15 Venezuelan restaurants serving this staple, such as Arepera Miss Venezuela, Chacaíto, Araguaney Bistró, Panachef and Doña Bárbara. While Argentines have increasingly grown to love arepas (along with tequeños, empanadas and patacones), these places have also become a meeting point for newcomers, acting as a home away from home for those who migrated. 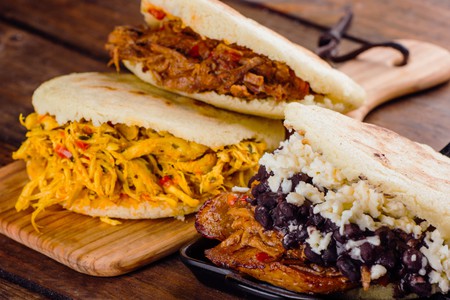 A Venezuelan staple, arepas are popular around the world | © nehopelon / Alamy Stock Photo

Many of these restaurants end up replicating the “Venezuelan night experience,” as the immigrants call it. It usually consists of a communal gathering around rum-based drinks and familiar dishes – something that has been fading away in Venezuelan cities due to food shortages and a rise in crime. Caracas Bar and 1310 Bar, both in Palermo, serve as perfect examples of the night experience Venezuelans brought to Buenos Aires.

While preserving their night-time rituals abroad, Venezuelans also engage in discussions and activism for their country. When the National Assembly called for a referendum in response to a constitutional crisis in 2017, voting centers were set up in shopping malls and bars around the world, and many of the favorite Venezuelan spots in Buenos Aires drew large crowds.

Venezuelan immigrants are also influencing shops and kitchens in Buenos Aires. Many stores (Dulces y Tintos, Waffles Pop and Tina & Co, to name a few) have started selling Venezuelan cheese, sweets, snacks and other goods that allow curious Porteños (the nickname for Buenos Aires locals) to prepare arepas and other Venezuelan dishes at home. Some store owners have even become famous on Instagram for uploading recipes and teaching their followers how to make them. 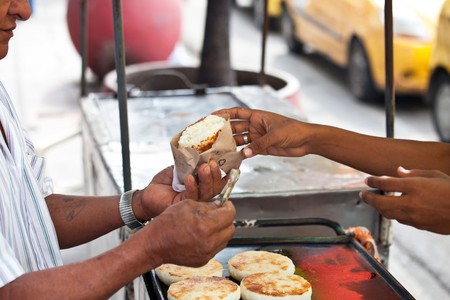 Many Venezuelans, looking for a much-needed source of income, have started working as sole traders for food delivery apps in Argentina. While this has dynamized the food industry, expanding choice and convenience, the mutually beneficial arrangement has sparked controversy as Venezuelans often find themselves unable to negotiate the conditions of their employment.

In restaurants and bars, the Venezuelan influence has led to a kinder and more empathetic type of service. These businesses are desperate to hire immigrants, and customers enjoy interacting with them. This, in turn, has translated into better opportunities for Venezuelans living in Buenos Aires and maybe adds to the argument that food connects us all, no matter where we were born.