How to Survive in Argentina if You're Vegan 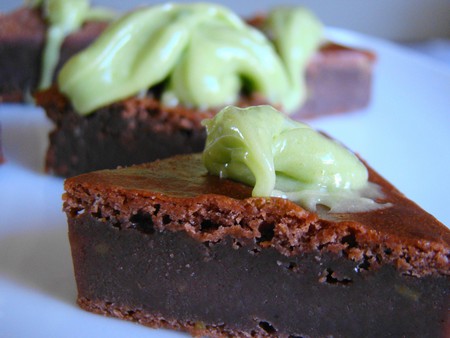 You vegan infidel, what are you doing in the meat-loving mecca of Argentina? If that’s what you’re afraid of experiencing in a country famed for its asado and parrilla, relax. There’s a growing movement here of people just like you. That’s not to say vegan options abound. They don’t. Nor is it to say that Argentines won’t invite you to an asado (BBQ) without even bothering to ask if you eat meat. They will very much assume you do unless you say otherwise. However, once informed, they will not only respect your preference but probably try to prepare you the standard vegetarian option—a halved red pepper slow-roasted on the grill (yes, amidst smoking hunks of meat, hate to break it to you) with an egg cooked inside—until you say, “no, I’m vegan, I don’t eat eggs.” That’s when they might scratch their heads and look to you for ideas. You might want to just bring a salad.

The point is, if you’re vegan in Argentina, you’ll have to be inventive, but by and large, you won’t be marginalized for it. Veganism is on the rise in Buenos Aires, besides. 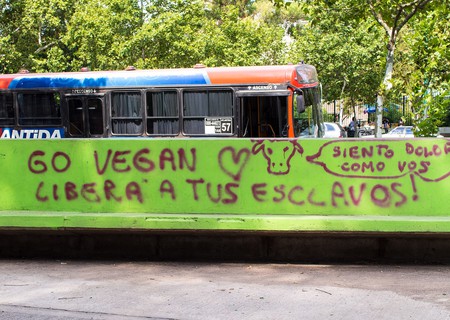 If you’re traveling around the country, some tips: take food with you wherever you go, because you could very well end up in some small town where the only legit food options are meat, meat, and more meat or pizza and empanadas loaded with cheese. So before you head out to the provinces, check out this map of vegan foods spots in South America and then stop at a dietética, or health food store, and stock up on nuts, dried fruit, and, for a touch of South America, some sweetened inflated grain cereals, such as popped amaranth. Do not expect to find organic nuts and seeds, seitan, raw nut butters, kombucha, non-dairy cold-brewed fair-trade coffee, or vegan protein bars. Not there yet. 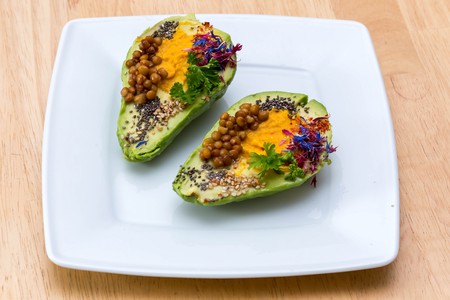 The same goes for nights out in Buenos Aires. Drunk food in the capital is not, for the most part, vegan-friendly, so if you don’t want to be that guy or gal making a face when everyone else wants pizza at 5 a.m., bring along your trail mix. Yep. It’s like that.

But during day time hours, Buenos Aires can be a vegan’s best friend. Foodies can check out the raw food initiative Crudo, a creative workspace offering workshops and classes. Or you can reserve a spot at the vegetarian closed-door restaurant Jueves A La Mesa (make sure you specify you’re vegan when you reserve) or the vegetarian restaurant/social initiative Delicias de Alicia. Vita is another good spot, as is Shiva Cocina—an inexpensive but delicious vegan restaurant in Almagro.

If you’re staying for a while in Buenos Aires and have access to a kitchen, you can buy organic fruits and vegetables at many organic markets (the Tuesday and Friday organic market in San Telmo is worth a visit) or place your order online for delivery from small providers like No Cualquier Verdura, Ital Organico, and Estilo Organico.

One last word of caution: be wary of the tofu here—Argentina may be one of the world’s top producers of soy, but most of it is genetically modified.

Other than that, sit back, relax and enjoy your stay in Argentina—it may be a meat-based culture, but in no time you’ll feel yourself a part of the country’s growing vegan movement.