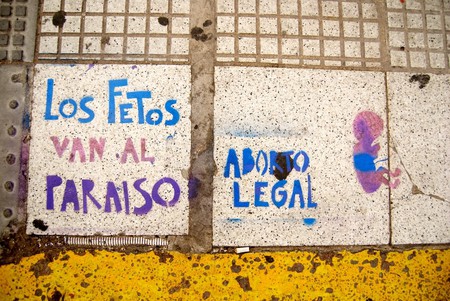 The feminist movement in Argentina is growing all the time. From the now infamous Ni Una Menos marches that began in 2015 to the recent actions by the group of female artists and art workers Nosotras Proponemos, art and the streets are providing the women of Argentina with powerful tools to make their voices heard. We take a look inside some of the new murals and exhibitions in Argentina that form part of the feminist movement. 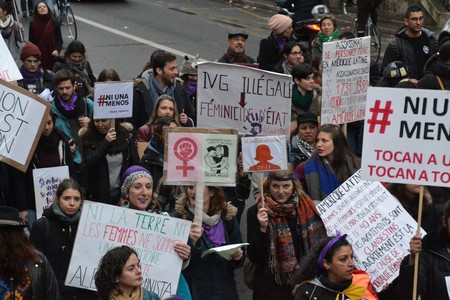 A slew of new murals in the Argentine capital of Buenos Aires are calling attention to a new strand of the feminist movement that has perhaps not previously been explored. The artist Ailen Possamay is responsible for a number of murals that depict female characters carrying out domestic chores, coupled with a phrase inspired by the writer Silvia Federici that reads “Eso que llaman amor es trabajo no pago”, which translates to “What they call a labour of love is really unpaid work”. The artist commented on the work by saying, “Despite the fact that in recent times the awareness of gender violence has increased, it continues to be associated almost exclusively with physical violence. However, physical violence is the tip of the iceberg of a network of violence that is more underhanded and imperceptible because of the “naturalness” with which we perceive them. Thus, many types of violence remain relatively hidden and invisible and therefore little and nothing is done to combat them. Among them what we call economic violence.”

Speaking about the phrase itself, she says, “Deploying this slogan that denounces the naturalization of the domestic role of women has to do with the importance of taking to the street, of appropriating the public space that belongs to us and that the feminist movement has sought to win over time. While the system wants us relegated in our homes, working for free, we go out into the streets, to dispute the value of our lives against the system. It is about giving the battle in our community, opening the debate, generating a dialogue and building a new imagination.” 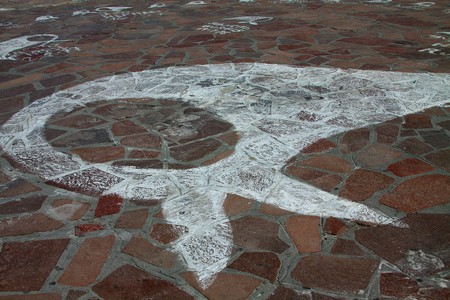 A drawing of the headscarves of the Mothers of the Plaza de Mayo, a form of protest during the dictatorship | © McKay Savage / Flickr

And this is not the only street art movement that has arisen out of the feminist agenda. A recent campaign to legalize abortion saw women taking to the street to paint rallying cries of “Aborto legal ya” or “Legal abortion now” on the walls of Buenos Aires. Women, armed with green t-shirts and bandanas with the same message marched on the Congress building at the end of February to demand changes to the existing law that prohibits abortion in Argentina. And these strategies are working. The government is taking steps to initiate legislation that will legalise abortion. The street has always been the place where Argentine society goes to voice its frustration at the government, and the new wave of feminists are doing exactly that, and getting results, through art and protest.