How Metro Passes Created a Tradition of Solidarity in Buenos Aires 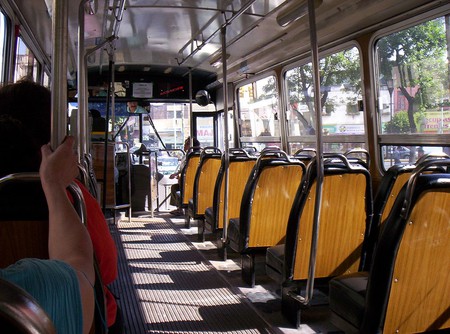 Any beginner’s guide to public transportation in Buenos Aires points out the need for a SUBE card to get around. The system was first introduced in 2009, and until then commuters and tourists alike needed to hoard coins to pay for the bus. The SUBE system proved to be beneficial for everyone, including the environment, but no one predicted it would spark generosity like it did. If you forget to top up your SUBE card, a local will always have your back – and they won’t even allow you to repay them.

Until 2009, paying for a bus trip could be one of the most frustrating and angst-inducing experiences in Buenos Aires. Even though a trip on a colectivo (“bus”) was only 1.5 pesos (USD $0.40), getting the coins could prove to be almost impossible. Facing a shortage, banks only exchanged 10 pesos in coins per day, and corner stores hoarded coins as if they were indispensable for survival. Getting someone to exchange coins for bills was a dead-end road.

This all changed when the SUBE system (an acronym that translates as “Unified Electronic Ticket System”) was introduced in 2009 and the coins were slowly phased out. Even though both systems coexisted until 2015, now only the SUBE system prevails. However, this turned into a new problem for public transportation users: the only way to get around is to use the SUBE card. This means that when a user runs out of credit or doesn’t have a card, it’s coinmaggedon all over again. 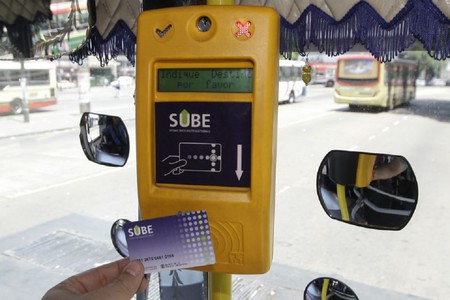 After a worrisome shortage of coins, the electronic ticket system, SUBE, was implemented in 2009. | © Nicolás Eduardo Feredjian (CC BY-ND 2.0) / Flickr

For a while it was believed that lending the SUBE card to other users was illegal, due to social benefit systems linked to the identity of card holders and the recently inaugurated system that allows passengers to use multi-modal transport services. This created a prohibition era sort of camaraderie, where people paid for other less fortunate passengers’ tickets almost in secret so the driver wouldn’t notice. The truth is – as was eventually pointed out by the government transport office – that other than in some special cases, there’s no risk in offering to pay for someone else’s trip.

While it’s possible to see samaritan acts of charity in any city, the natural act of giving metro rides is so second-nature in Argentina that it’s almost an unspoken part of the system – and one that most tourists wouldn’t necessarily realize.

What’s most shocking about this ticket-paying folklore is that most porteños will reject a payment in cash after offering to pay for a stranger’s trip. Everyone in Buenos Aires knows that running out of credit on their SUBE card or forgetting it at home is something that could eventually happen to them as well. Offering to give the gift of a trip is nothing more than trusting that, when the moment comes, someone will be there for them as well – like a pay-it-forward sort of karma. What no one could have anticipated is that a change in the transport system would reinvigorate the sense that a little empathy can go a long way in saving someone else’s day. And if you find yourself in this situation, just remember, as a visitor in a hospitable environment, to return the favor whenever you can.