How Football is Used as a Political Tool in Argentina 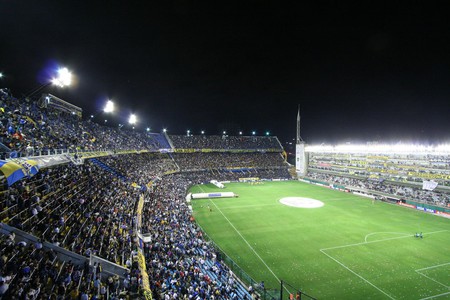 Football in Argentina could well be considered a religion. Every week, devotees go and see their favourite team play in an atmosphere of jubilation and, often times, tension. Football in Argentina is both passionate and aggressive, and these traits have been exploited by governments over the years. We find out how the sport has been used as a weapon of politics in Argentina. 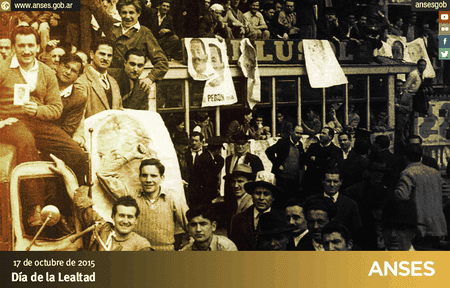 Football and politics have been inextricably linked in Argentina for decades, and perhaps the starting point of this at times awkward union can be traced back to the presidency of Juan Peron, one of Argentina’s most famous head’s of state. Peron, as president of the nation along with his wife Eva Peron, or Evita, were incredibly popular with workers and lower classes, whose rights they championed, and of course, although football is popular among all strata of Argentine society, it really thrives in the lower classes. So the link between the president and football was sure to occur, and so it did, in the form of Peron’s huge popularity with fans of Boca Juniors football club, perhaps the most ardently supported football team in the country. They even invented slogans praising Peron, such as “Boca, Peron, one heart”, and Peron called himself “The First Sportsman” in his campaigns. Peron, seizing on the opportunity to politicise the sport, used football to project a positive image of Argentine abroad, and obviously saw the potential of the football stadium as an arena for the promotion of his political agenda. Peron even replaced the national sports magazine El Grafico with his own version of the publication, Mundo Deportivo, which also acted as a vehicle for him to laud his accomplishment within the realm of sport. 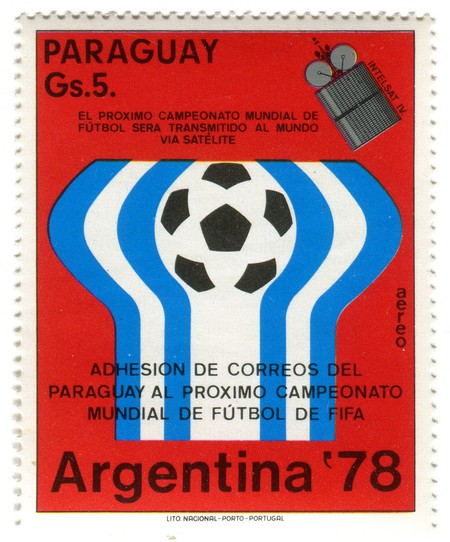 However, these links between politics and sport were insignificant in comparison to those that came after them and merely laid the groundwork for the dark forces of the dictatorship, which ruled from 1976 to 1983, to exploit football and use it for its own end. The military junta with General Jorge Rafael Videla at the helm was one of the bloodiest in all of Latin America, with an estimated 30,000 murdered by the regime. Football became a convenient cover and distraction from the atrocities Videla’s regime was committing against the people of Argentina, and Videla orchestrated the hosting of the 1978 World Cup in Argentina, a date which coincides with the height of the disappearances and murders that were taking places throughout the country. To compound matters, Argentina’s national team won the World Cup trophy, in one respect making the footballers themselves complicit in the distraction tactics of the military government. However, the victory was tainted by allegations that the military regime had fixed the matches for Argentina to win. Videla certainly saw the World Cup and Argentina’s success as a political victory and it emboldened his sense of nationalism, something which he wielded over opponents on the field, namely the Peruvian football team, who suffered an embarrassing defeat of 6-0 at the hands of the Argentine side, although the team from Peru was seen as an equal match. Rumours abounded that the result had been fixed so that Peru could trade grain freely with Argentina and that in return Peru could send its political prisoners to Argentina to be dealt with in a way that was becoming all too familiar under Videla’s hand. 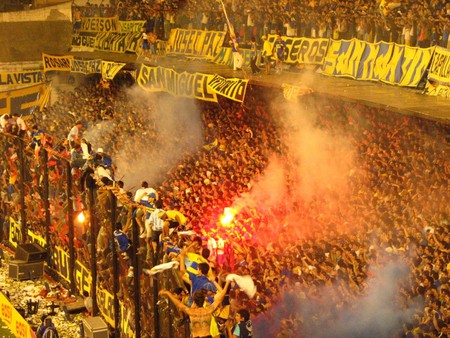 Barrabrava in the stands at a Boca Juniors match | © nica*/Flickr

Today, much of football is controlled by the barrabrava, or the ruthless football hooligans. Each team has its own band of supporters, and the most violent and corrupt of these are the barrabrava, who ostensibly operate as something of a mafia, controlling ticket sales, players behaviour, the sale of merchandise, car parking, and have a hand in virtually every element of football. The current president of Argentina, Mauricio Macri, was once president of Boca Juniors, the famed team renowned for having one of the most vicious band of hooligans in the country. While football hooliganism has been all but eradicated in other countries where it was historically problematic, notably England, it has been notoriously hard to stamp out in Argentina, with many feeling that it is because of the deep connections between the barrabrava and police, journalists and, of course, politicians, that enables the hooligans to continue to operate at a level above the law.