Here's Why This Surprising City is a Shopping Lover's Paradise

Shopaholics may think of Paris, London or Milan when they think of the retail meccas of the world, but they may not have considered the Argentine capital of Buenos Aires as a destination for all things deliciously material. Here are a few reasons why Buenos Aires is a shopping lover’s paradise. 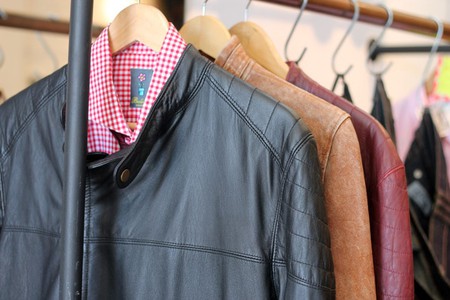 One of the best things about Buenos Aires, and Argentina in general, is the abundance of cows that you can find everywhere. Not that an ardent shopper would come to Argentina with the intention of purchasing an entire cow, but along with the copious amount of delicious steak on offer, the presence of so many cows means there are huge varieties of leather products available in the capital too. The neighborhood of Villa Crespo is the mecca of leathergoods, and around Murillo street you can find plenty of clothes shops selling high-quality leather handbags, shoes and jackets at reasonable prices. If you’re in the market for a custom piece, check out Bettina Rizzi, the go-to joint in town for a bespoke leather jacket that is completely tailored to your measurements and requests. 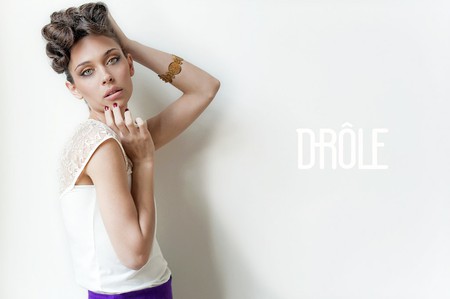 As the capital of Argentina, and one of the cultural hubs of South America, Buenos Aires is renowned for its homegrown design talent. From urban artists to graphic designers, and fashion designers to furniture designers, there is no shortage of skilled creatives in this Latin metropolis. Independent designers often have their own showrooms where you can check out the wares they have on offer, and some like Jessica Kessel and Pablo Ramirez have made it big and have their own stores. Espacio Darwin in Chacarita has some furniture showrooms, and Rue de Artisans in Recoleta has a host of smaller boutiques selling everything from tango shoes to homewares. 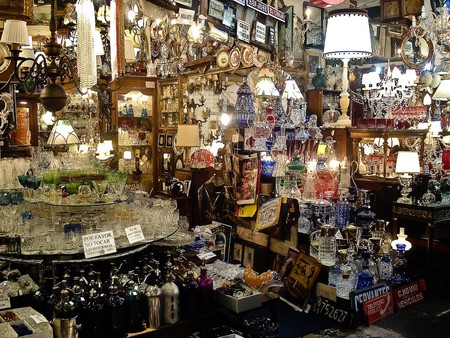 For those looking to bag some vintage bargains, Buenos Aires is also home to some amazing markets, where you can find treasures from times gone by. Argentines have a habit of never throwing anything out, so everything from old coins, photographs, magazines, clothes, accessories, artwork and furniture can be found in the San Telmo feria or covered market, or the weekend markets in some of the city’s public parks such as Parque Centenario, Parque Lezama and Recoleta. Haggling isn’t really a thing in Argentina, but if you buy a few things the vendor will probably give you a bit of a discount. Alternatively, the exchange economy is alive and well, so if you bring something to swap at any of the markets, it is likely you will walk away with some great swapped swag. 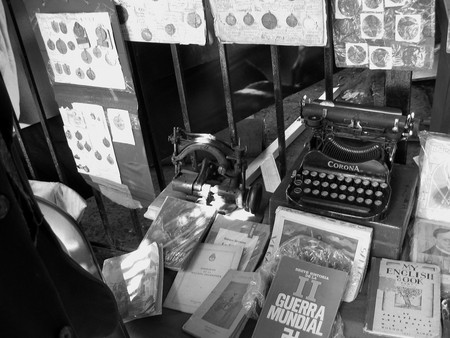 Aside from the vintage clobber at the market stalls, there are also some amazing antiques to be found in San Telmo and Palermo. Buenos Aires’ heyday was at the end of the 19th and beginning of the 20th centuries, and the capital was one of the wealthiest cities in the world at the time so there’s plenty of stuff from that era that remains in the city today. If you live in Buenos Aires, you can deck out your entire house with furniture and fixtures from the markets, and the famous Mercado de las Pulgas in Colegiales has a host of mid-century reproductions for those who are more into 20th century design. Whether your style is old or new, there is definitely something for you in one of the many antiques shops across the city.