Guillermo Kuitca: The Map Is More Interesting Than The Territory

Argentinian artist Guillermo Kuitca had his first exhibition at the Lirolay Gallery in Buenos Aires when he was only 13 years old. His works, which include paintings, drawings, and installations, are known for their depiction of spaces such as theaters, maps, diagrams, and architectural plans. 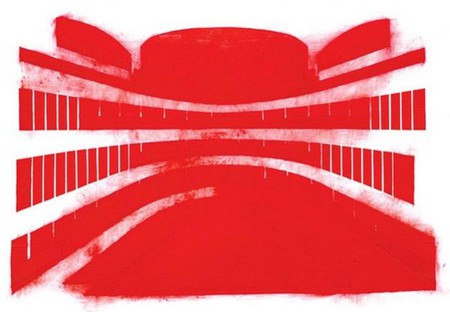 Kuitca’s career spans over 30 years, and includes representing Argentina at the 2007 Venice Biennale. His craft explores the boundaries between memory and reality, our attempts to represent and systematize our existence, the dichotomy of absence versus presence, and our hubris at (literally) trying to map our existence. Although all of these are dense, multi-layered concepts, there is a sense of poetry in his compositions, a formal rendition of visual sensations that yield carefully balanced, elegant meditations on our ability to create connections between things and events.

Kuitca’s work presents us with images of empty architectural spaces, stages, road maps, and diagrams. He renders void spaces that are reserved for hosting large audiences and spectacles, such as opera houses and theaters. Kuitca directs our attention to the diagram as a metaphor, and how these are spaces that becomes filled with our own projections, actions, and desires. In Mozart-Da Ponte I, for example, its anonymous seating plans erase any notion of human activity, and the reverse viewing point directs the attention towards the audience and not the spectacle. 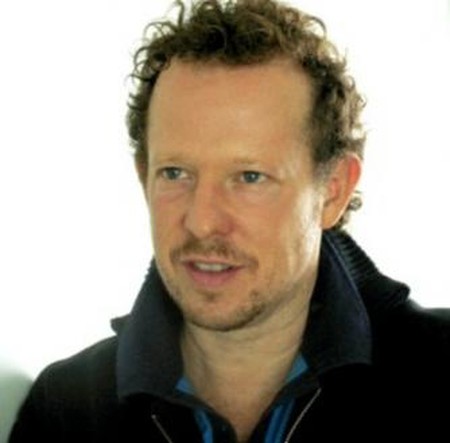 Kuitca has been greatly influenced at by the works of avant-garde German choreographer Pina Bausch. His 1986 painting El Mar Dulce, bearing the same name as a theater production he organized that year, presents us with a stage littered with mattresses and canvases viewed from a distance, characteristically empty, except for slight hints of a human figure that appears to be somehow lost in these spaces. Following Bausch’s dicta, Kuitca imbues his canvases with absence, or in another sense, extracts from them a sense of presence. He has stated, “I always have the idea that my work does not start from a blank canvas, but goes towards it.”

Like many Postmodernists, Kuitca is interested in the nature of painting as an anachronistic medium, and its inherent inefficacy to deal with universal questions. His attraction (or obstinacy) to use painting as a medium for expressing our most complex dilemmas reflects a contemporary interest in the specificity and limits of systems of knowledge, set against the vastness of what can be known.

His installation, Untitled (1992), collects 20 child-sized mattresses, with printed maps of randomly chosen cities placed directly onto them; the mattress button is used to bear the name of an important city, but Kuitca has stated that the cities themselves are chosen for no particular reason, and the maps themselves bear no relation to ‘reality’.

In William T. Vollmann’s highly acclaimed novel Europe Central, the author describes Europe as a set of randomly shifting borders and walls dating back to the Roman Empire. Kuitca’s own explorations of organizational systems, and our ideas of interconnectivity, are meditations on our attempts at mapping our surroundings, and perhaps realizing the ultimate futility of such an endeavor. Kuitca reiterates in his works the arbitrariness of names and places, our obsession and fear of anonymity and oblivion. “History will somehow make all these places have different resonances,” he predicts. 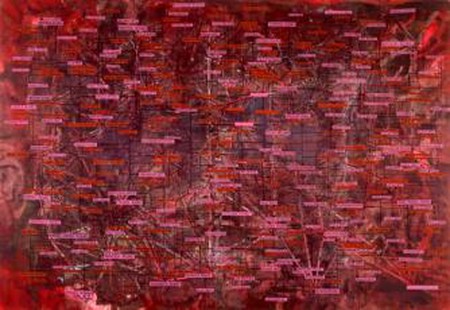 Kuitca’s series People on Fire (1993) presents us with randomly placed names in what might at first glance look like a genealogical chart: anonymous names nonetheless, that have significance to the viewer. These names, however, turn out to be the names of people who have “disappeared,” persons who were kidnapped or murdered by paramilitary forces during the Argentinean dictatorship of the 1970s. It is interesting to note that the word “disappeared” is utilized as a noun in Spanish when referring to the victims of the military junta. Disappearing might be an act, a verb, and not just a metaphysical condition. Kuitca reveals the skeletons of spaces and organizing systems. This adds a sense of solitude and isolation to his work.

One of his most haunting images is also perhaps one that represents the most banal of themes. Trauerspiel (2001), is a reductionist depiction of an empty baggage carrousel. The sharp, lineal drawing, and the gray, flat tones of the conveyor bet, are reminiscent of modernist architecture, yet also echo the isolation of modernity and the death of Romanticism, recalling an endless deformation of place, a repetitive monotony, and the disappearance of a sense of belonging. Travel in this painting becomes not a human activity corresponding to our romanticized ideals, but a hollow, random shifting of space. It is an uncanny image; and not coincidentally, trauerspiel is German for tragedy (or “fiasco”). 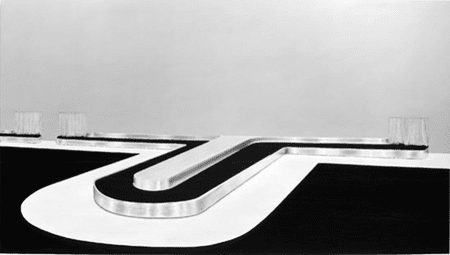 Guillermo Kuitca | ‘Trauerspiel’, 2001, oil on canvas.
Give us feedback