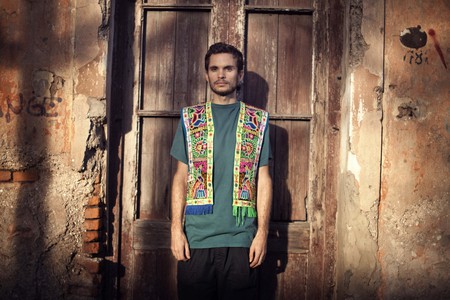 The best introduction to any musician is to listen to their work, so here’s Chancha’s “Jardines”

You don’t have to be crazy about “shamanic electro-folk,” as one Argentine paper described Chancha, to be interested in what they’re doing. In fact, Chancha’s rise reflects a critical shift in Argentina that is important to grasp if you want to understand the country. 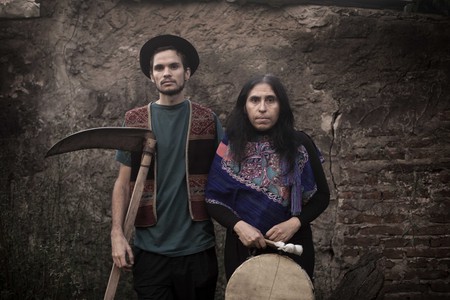 First, a little background. Argentina was home to various indigenous communities before it was colonized by the Spaniards. Their arrival was followed by several waves of European immigration, many of them poor Italians looking for a “new start” in South America. Over time, the Europeans ended up wiping out much of the indigenous imprint in the country by killing, exiling, or marrying the country’s original inhabitants (their rights remain hotly disputed even today).
All that is tragic, but one of the consequences is that many European settlers raised their children (and their children’s children, etc) to identify more with their European heritage than their Argentine identity, the latter being shrugged off as primitive at worst, beside the point at best. This has been the cultural status quo in Buenos Aires (and to a somewhat lesser extent, the rest of the country) for a long time – which is one reason other Latin American countries tend to keep Argentines at arm’s length, sensing their discomfort with a shared past and identity. That’s not to say folk music was completely crushed in Argentina – Atahualpa Yupanqui and Mercedes Sosa are among the country’s most celebrated cultural figures – just that it’s complicated.

But things really started to change with Generation Chancha (Pedro was born in 1981). Today, many young Argentines are distancing themselves from their parents’ pro-European identity and searching for their own understanding of what it means to be Argentine in a globalized world. Their search for identity is reflected in Chancha’s music, which incorporates numerous musical motifs that speak of the country’s indigenous past and Latin American influences, and is evidenced in Argentina’s emergent art scene as a whole.

Chancha’s influence in the region is enormous, and has given rise to numerous spin-off electro-folk-cumbia movements, many of them also carried by the movement’s early supporter, ZZK Records. All this helped lay the groundwork for the rise of younger experimental DJs like 29-year-old Pato Smink. After all, “it’s our language, the digital,” Smink told Culture Trip.

We recently had the opportunity to ask Chancha about his music. Here’s what he said, in an interview translated from Spanish:

When it comes to the young generation in Argentina, do you see a search for an identity behind Argentine music today, with its inclusion of old/indigenous melodies, etc? Do you consider yourself part of this movement?

It was only recently that Argentines began to see themselves as Latin Americans. That might sound ridiculous, but the reality is that up until the [economic] crisis of 2001, the middle and upper classes in Argentina lived in this fantasy world that they were somehow part of the European Union. The crisis made them introspective, prompting questions of identity. This was reflected in art, and of course, music started to change. I’d consider myself part of that movement, yes.
Do you want the people who listen to your music to have a particular experience – what are you trying to transmit?

I can’t even begin to surmise their experiences, nor do I try to transmit anything in particular. Some people resonate with what I do and connect with it emotionally, and with that I’m satisfied. What does interest me when I play live is that people dance, because I believe dance to be one of the most healthy and liberating of human expressions. 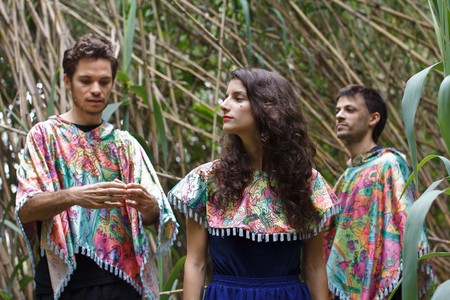 Pedro Canale with his wife, the composer and DJ Kaleema | Courtesy of Chancha Vía Circuito

How did you start doing music and how would you define your music?

I started playing electronic bass when I was 12 years old, my schoolmates and I had a band, and from then on I never stopped making music. It’s not so important for me to define the kind of music that I do, usually journalists concern themselves with that. But when they ask, I usually say it’s a fusion of music rooted in Latin America and electronic music.

In your opinion, how is electronic music contributing to art?

Electronic music is art in and of itself, and I think it’s more rewarding to look at what’s going to happen when this art is in dialogue with other musical expressions. This gives us the possibility to take music to unexplored territories and to give new meaning to more fixed genres or traditions.