Polo, The Sport of Kings | © karendesuyo/Flickr

Polo, or “The Sport of Kings,” as it is often referred, is frequently thought of as something that extremely wealthy people do for fun. And it is. But it also has a fascinating history, especially in an Argentine context. We delve a little deeper into the glamorous world of polo.

In terms of sports in Argentina, you might think of soccer or rugby initially. Polo is perhaps not the first thing that would come to mind. You might think of British high-society and the royal family when you think of polo, but what you may not know is that Argentina is the Mecca for participants of this elegant sport. 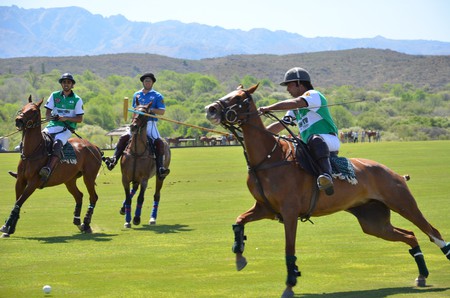 Polo started in the Middle East, originating in what would today be Iran (formerly Persia) before spreading to India and China. It was the English who formally popularized the sport, creating what is now the modern game of polo.

Often referred to as “The Sport of Kings” because of the long, regal legacy it claims, polo is a team sport played on horseback, where a plastic ball is hit by a team of horse riders with long, wooden mallets. There are four players on each team and the game is played in rounds that are called “chukkas,” with the objective of driving the ball into the opposing team’s goal. In Argentina, polo season takes place between October and December, and many of the world’s best players descend on the Argentine capital of Buenos Aires to play on the hallowed ground of the infamous “Cathedral of Polo” in Palermo, and also in the well-known Hurlingham Club to the north of the city. 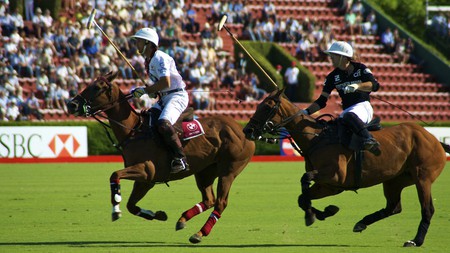 Argentina offers an ideal setting for polo in many ways. Firstly, the flat surfaces of the grasslands, or pampa, or flatland, were ideal for the British settlers who brought polo to Argentina. Secondly, the pampa is also perfect for breeding and training horses. Argentina is known as the “Mecca of polo” because it has the largest number of 10-handicap players (the highest calibre of polo player).

It is fair to say that polo is an elite sport, with a sizable wealth necessary to sustain a polo player’s lifestyle and numerous horses. However, that’s not to say that it is easy. Polo is extremely difficult, as you need to control the horse while at the same time hitting the polo ball, all at intense speed and with incredible precision. But, there are ways to get some polo practice without being rich.

Polo, The Sport of Kings | © karendesuyo/Flickr

In Buenos Aires province, there are many estancias, or ranches, catering to people who want to learn to play polo or simply have a fun day out and get a bit of practice. Many have professional polo players who live on the ranch and train novices who come to participate in polo days—a great way to experience the life of a polo player for an afternoon.

Polo days often consist of a few hours of lessons, the opportunity to watch professional polo players in action by observing a game, and enjoying the wonderful countryside by eating a delicious, home cooked lunch typical of Argentina—so expect meat and empanadas, perfect to fill you up after a hard day riding and playing polo.