10 Things to See and Do in Bahía Blanca, Argentina

Bahía Blanca is a small port city not far from Argentina’s capital, Buenos Aires. It is similar in culture to the capital, but much smaller in scale, which makes it a popular destination with Buenos Aires residents as a perfect spot for a relaxed weekend break. It is one of Argentina’s most important ports, so has a rich maritime history as well as a number of lovely cafés and bars for visiting crowds.

Bahía Blanca’s top museum is probably the best way for visitors to get a feel for the city and understand its culture and residents. The museum covers the history and experiences of the people who built Bahía Blanca, the city’s original immigrants. Located in the heart of the city’s vital port area, the museum includes exhibits covering a range of topics relating to immigrants, such as their schooling, clothing, and, most importantly, food. At weekends, during the afternoon, the museum offers visitors the chance to sample various kinds of food that the immigrants both ate and introduced to the region, and visitors can talk with historians and the immigrants’ descendants to understand what their lives were like. For a truly authentic Bahía Blanca experience, Museo del Puerto must be first on the itinerary.

This popular café is found in a perfect location on one of Bahía Blanca’s main squares, Plaza Rivadavia. Easily the busiest café on the square (especially at lunchtimes), Café Piazza offers simple but tasty dishes, from grilled cheese sandwiches or soup, to noodles or pizza. It is also a lovely spot for a morning or afternoon coffee break, with a range of delicious cakes and pastries too. The location could not be more central, easy walking distance from both the port area and Bahía Blanca’s vibrant main avenue, Avenida Alem, Café Piazza makes the perfect spot for a break during a day exploring the city.

El Dorado is a modern and fashionable bar located just off Bahía Blanca’s main avenue, Avenida Alem, in the centre of the city’s restaurant and bar zone. A great place for cocktails and desserts, El Dorado is popular with the younger crowds of Bahía Blanca, and has a hipster vibe to match. The bar area itself has a country house-style feel to it, with a dark wood dresser full of spirits and liqueurs, and deer antlers on the wall. The lights are dimmed for a sultry atmosphere, and the place really gets going around 10pm. The drinks menu combined with the atmosphere is unique in Bahía Blanca, so for cocktail lovers El Dorado has to be on the list of places to visit.

If the scent of fish and seaweed in Bahía Blanca’s port area gets too much for some visitors, further into the centre of the city there are a number of picturesque parks and squares for a relaxing stroll. The main square, Plaza Rivadavia, is green and shady with a central monument and is surrounded by a number of attractive neo-classical buildings. It also holds an artisan fair at weekends. Larger parks include Parque de Mayo, which is close to the university so often busy with students relaxing between lectures. Also in the park are a number of sports facilities, making it popular with joggers and informal football or softball teams. A tranquil location for a sunny afternoon. 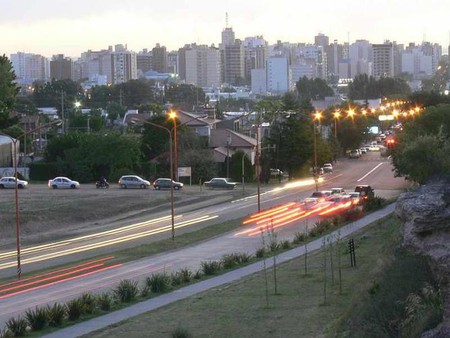 Italians were a key group of immigrants in the building of Bahía Blanca, and therefore (unsurprisingly) ice-cream parlours are a common sight around the city. The most popular is Heladería Lepomm, known for its creaminess and range of flavours. Another favourite is Heladería Paris, offering delicious flavours such as chocolate with dulce de leche and cherries, kiwi, or panettone.

This beautiful theatre is one of Bahía Blanca’s central hubs of culture. Construction of the theatre was completed in 1913 and it has hosted a great variety of famous faces over the years, notably Carlos Gardel, who is arguably the most famous name in the history of Argentinian tango. Its architecture is modelled on the Paris Opera Building, and the interior optimises the acoustics. Despite recently celebrating its 100th anniversary, the theatre has been maintained to a high standard, while other buildings of a similar age have not been so well-kept. For a taste of the history and proud culture of Bahía Blanca, Teatro Municipal is well worth a visit.

Il Mercato plays an array of roles: from the outside it appears to be simply a restaurant, but it boasts a bakery, delicatessen, patisserie, and ice-cream counter, as well as an extensive menu of sandwiches, salads, sushi, and hot dishes. It is housed in a warehouse-style building, which has tables for visitors eating in as well as its numerous food counters. It is popular with local families given its informal atmosphere and variety of food, which is certain to keep the children happy. It is in a superb central location on Avenida Alem, so is ideal for visitors looking for a snack to take away while on the go and exploring the city, or for visitors looking for a longer, more relaxing meal. Whatever you feel like, Il Mercato is sure to have it.

Bahía Blanca, despite being a small city and not a particularly old one at that, has a surprisingly rich history. Its urban growth was fuelled by immigrants from all over Europe – Spain, Italy, France, Germany, and Eastern European Jews – most of whom ended up working on the docks, especially during the early 20th century as Argentina’s economic growth expanded rapidly. Today, to get a feel for the city and its culture, visitors can take a wander around the port area; the port area is always a bustling part of the city, welcoming a variety of both small and large traders. Common sights are oil tankers coming from Patagonia, ships exporting fruit, grain and wool, and smaller fishing boats, plus the occasional military battleship passing through. The port can give visitors a taste of how the city manages to thrive.

Bahía Blanca, like Buenos Aires, is full of beautifully photogenic neo-classical buildings. Its growth was fuelled by European immigrants and as a consequence encouraged European-style constructions, particularly inspired by those of Paris. As a smaller and therefore more manageable version of Buenos Aires, Bahía Blanca is a lovely city to walk around and admire the setting. Some of the notable neo-classical buildings include the Club Argentino building, the National Bank of Argentina, Cathedral and Municipal building on Plaza Rivadavia, and the Municipal Theatre. 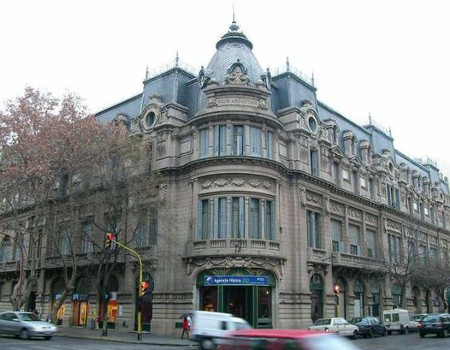 Blossom is a delicious bakery and patisserie, and while its girly décor may not appeal to everyone it can’t be missed when visiting Bahía Blanca. The slices of cake are huge and delicately decorated (sprinkles being a popular choice), with a range of different kinds of sponge, including red velvet, chocolate orange and dulce de leche. Also on offer are cookies, cheesecake, various fruit pies and, for those with less of a sweet tooth, savoury sandwiches and fruit smoothies. The interior is tasefully decorated with a vintage theme, but takeaway is also an option if the décor is too much.