Argentina vs Chile: The Fight Behind Claiming El Chaltén 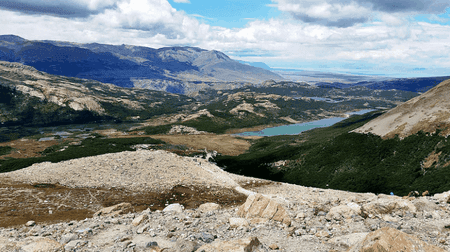 Just a few decades ago, the most visited destination in Patagonia for hikers and trekkers was a barren, windswept street that extended through a flat plain of nothing, with only a gas station to sprinkle in a little bit of colour. Now, the streets are lined with cafés, restaurants and hotels, and are littered with people from all walks of life heading towards the trails to see some of the most incredible and remote scenery on the planet. However, many people do not know the interesting story of how the trekking capital of Argentina was once a small town that neither Chile or Argentina had any intention of staking claim to.

Looking at a map from just a couple centuries ago would show you a very different world to the relatively unchanged and solidified borders on a world map we have today. That being said, even today, if you follow the border that separates Chile and Argentina, you will approach the final third of the countries and notice that the border disappears, and the countries seem to have no defined line that separates them. It is around this point that you will find the small town of El Chaltén. 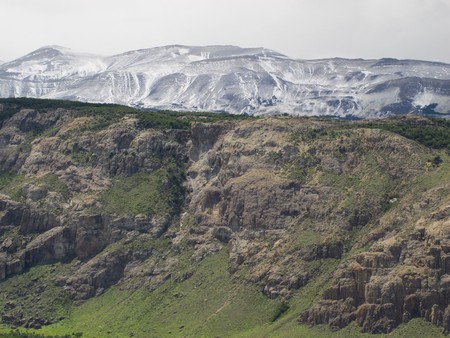 As you continue on south, the border once again appears, as if you had simply passed over an area of “no service” and your connection has kicked back in, when, in fact, this is a correct representation of the border situation and the history of this part of Patagonia. The first known settlers in El Chaltén were the Tehuelche people who gave the area the name, which stems from their native language and means ‘steaming mountain’, a perfect description of the cluster of clouds that seem to be forever circling the most famous peak in Patagonia, the Fitz Roy. 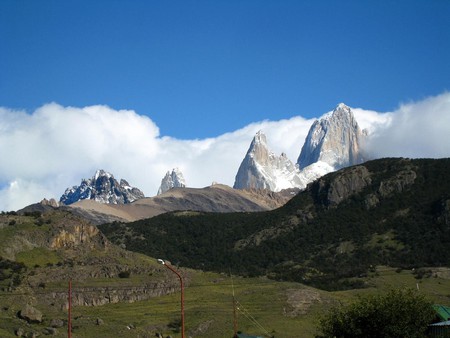 As the Spanish expansion reached the depths of Patagonia, the Tehuelche people were confronted and eventually wiped completely off the map by the ruthless conquistadores, and El Chaltén fell under Spanish rule, until both Chile and Argentina fought back and gained independence. At this point, the status and ownership of El Chaltén remained unknown and in the balance, as in 1881 both countries signed an agreement known as the Boundary Treaty, which defined the border between the two countries as ‘the highest peaks of the Cordillera’. Unfortunately, at this time, with the unexplored regions of Patagonia and inaccurate measurement tools, there were many discrepancies as to where this line actually lay. Again, El Chaltén faded out of the limelight and topic of discussion.

This was the case until the peace was broken in 1965, as an armed confrontation between Chile and Argentina took place at the Lago del Desierto, just north of the town of El Chaltén, that brought to light the vague border between the two countries and to which country El Chaltén belonged. Again, the chest-puffing competition came to an end, and each country went their separate ways, once more having seemingly forgotten the reason they came to fisticuffs in the first place, and El Chaltén continued on as a forgotten orphan town. 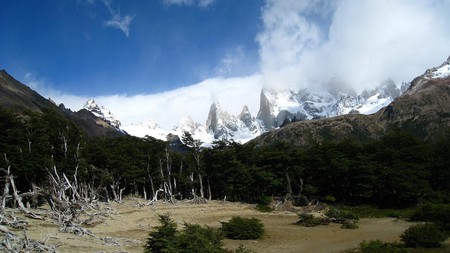 Eventually, Argentina adapted the ‘ask for forgiveness, not permission’ approach and the government sent civilizations and workers down to stick in the Argentinian flag, properly settle, explore, and grow El Chaltén, hopefully into the ownership of Argentina. Inevitably, the approach worked and even though there remains no distinguished border between Argentina and Chile, at this point El Chaltén became, and has remained, a part of Argentina, and has blossomed from the forgotten child of a half-hearted custody battle into the most-visited destination in Patagonia.