Argentina’s Best Cultural Tours: From the Tango to Evita

Home to the European-esque city of Buenos Aires and the astonishingly diverse natural landscapes of Patagonia, Argentina is one of South America’s primary travel destinations. From art walks to Tango dancing, photography excursions to wine tasting day trips, these ten tours represent the best of Argentine culture.

As the oldest neighbourhood of Buenos Aires, San Telmo offers a wealth of charming, colonial architecture, historic cafes, cobblestone streets and cultural centres. The San Telmo Art and History Walk gives visitors an in depth tour of this multifaceted district, balancing accounts of its past with guides to its contemporary culture. Visitors learn about San Telmo and Argentina’s Spanish colonial origins, the Dirty War and contemporary politics. Meanwhile the arts portion of the tour concentrates on the practice of street art in the area, the work of local artists such as Grolou, and the tradition of fileteado, a particular kind of illustration unique to Buenos Aires. 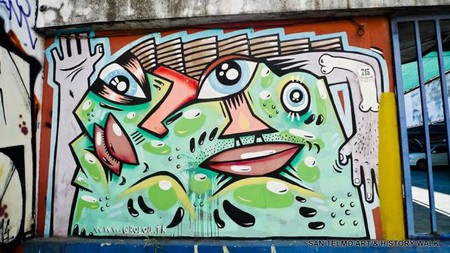 Beginning with Spanish colonial structures and culminating in the avant garde structures of Santiago Calatrava, Buenos Aires offers an eclectic sampling of architectural styles. Eternautas’ Buenos Aires Architecture Tour exposes travellers to the vast architectural heritage of this marvelous city. In addition to the colonial style buildings of the city’s early years and the controversial postmodern design of Calatrava and Norman Foster, groups are exposed to the belle époque and brutalist language of the the financial district. Although tours focus mostly on the structures’ facades, groups are able to enter some buildings to see particularly distinctive features. Eternautas | Buenos Aires Architecture Tour 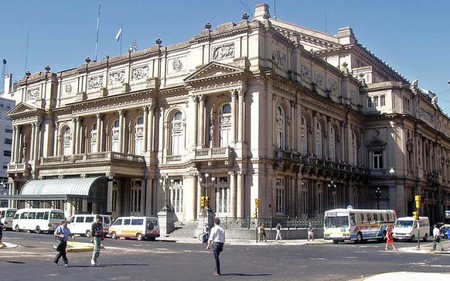 The tradition of Tango was born from the merging of European and African dance tendencies by communities of former slaves in South America. Tango did not begin as a single style of dance but as an array of dances practiced in the various regions around Argentina and South America, which were eventually grouped under a single name. UNICOTRIP’s Buenos Aires Tango Tour provides insight into this iconic element of Argentine Culture. Groups are brought to the best dance venues around the city, from milongas to bars and on to the city’s charming San Telmo neighbourhood, for a truly local Tango experience. 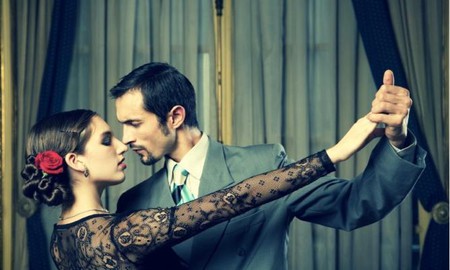 The Parilla is the quintessential Argentine steakhouse, serving up the masterfully meaty dishes for which Argentina is known worldwide. Parilla Tour Buenos Aires helps travellers avoid the tourist trap restaurants the dominate the main streets and boulevards of the nation’s capital city. Instead groups are shown where the real locals eat, allowing them to experience the best Porteño flavours. Walking tours include visits to three authentic restaurants for a sampling of specialty dishes and Mendoza wines, followed by a trip to one of the best heladerias, or ice cream shops, in the city. Guides offer their deep knowledge of the local culture and cuisine to accompany the enjoyment of expertly prepared Argentine cooking. 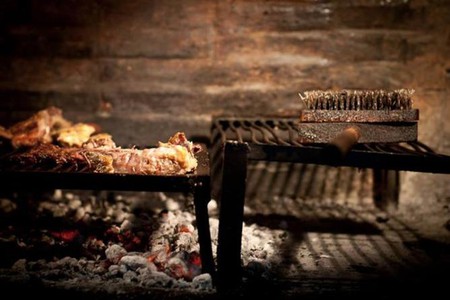 Eternautas’ Art in Buenos Aires tour leads visitors to Argentina’s most notable works of art, exhibited in highly respected museums and galleries across the city. The National Museum of Fine Arts is home to works by Argentine artists of the 19th and 20th century, as well as as a highly impressive collection of European art from the Medieval period up through to modernity. A tour of the Museo de Arte Latinoamericano de Buenos Aires provides a unique opportunity to see the works of significant 20th century Latin American artists gathered in a single location. The excursion ends with a stop at one of the city’s foremost contemporary art galleries, offering insight into the more cutting edge aspects of the art scene in Buenos Aires. 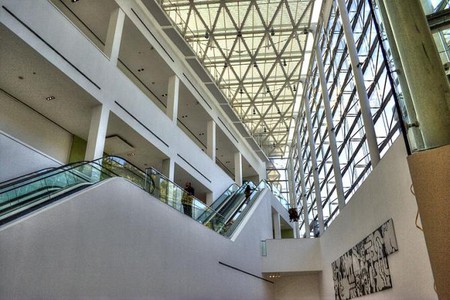 Named after the Spanish city of the same name, Cordoba is Argentina’s second largest metropolis, and boasts a plethora of historical buildings and landmarks from the era of Spanish colonial rule. Located in the centre of the country, surrounded by the scenic Sierra mountains, Cordoba has its own unique history, dominated by the tales of its founding Jesuit priests. The city is also an intellectual centre, and is home to the University of Cordoba, Argentina’s oldest university. Argentina 4 You’s Cordoba City Tour exposes visitors to the elegant architectural landscape, stunning natural beauty and the fascinating cultural identity of this often overlooked city. 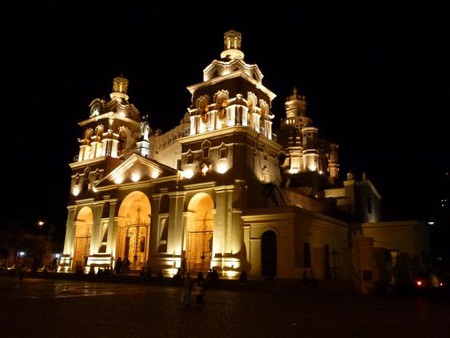 Aventura Argentina’s Photography Tours bring travellers to the Southernmost tip of the country for a lesson in nature photography. Professional photographer guides offer their extensive knowledge of the medium and experience of the diverse Patagonian terrain to help both digital and film enthusiasts take the best possible pictures of this one of a kind region. Groups are also accompanied by a logistical manager, allowing guides to direct their full attention towards helping individuals improve their photos. At the end of the trip, travellers come away from their adventure with the ultimate souvenir in the form of professional quality images worthy of National Geographic. 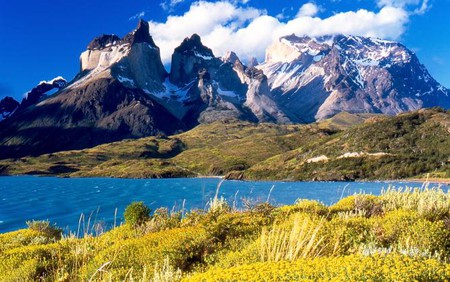 The Mendoza Province is one of Argentina’s most important wine region, attracting hoards of wine aficionados in search of the country’s prized Malbec, Cabernet and Chardonnay grapes. Mendoza Holidays, a division of Cellar Tastings, organises private wine tours for small groups wishing to visit a collection of the areas best vineyards. These small scale tours allow for customised tasting experiences and facilitate discussion type interactions rather than the standard lecture based tours offered by most. Less expensive group tours are also on offer, designed to follow a schedule that would appeal to the average person but allowing flexibility to linger longer at prefered destinations. 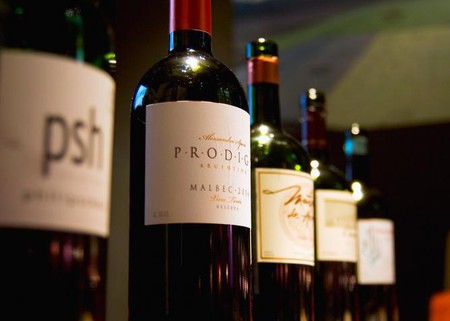 The only way to properly learn a language is to become truly immersed in it. For this reason UNICOTRIP has developed the Argentina Language Trip for individual travellers and groups. Customised tours bring clients to preferred destinations, with a special focus on locations not typically found on the tourist trail. UNICOTRIP allows individuals to improve their Spanish language skills while experiencing the culture, history, and astonishing natural beauty of this one of a kind country. Trips are also offered to Chile, Bolivia, Brazil and Uruguay. 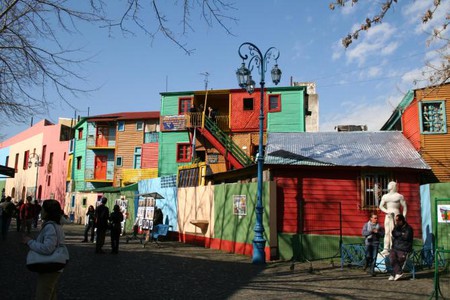 Argen-Travel | All About Evita Tour

Argen Travel’s All About Evita Tour delves deep into the life and influence of María Eva Duarte de Perón, known as the spiritual leader of the nation. As the wife of Argentinian president Juan Perón, Evita’s commitment to the struggle of Argentina’s poor and working classes inspired much adoration, and was the subject of Andrew Lloyd Webber’s Tony Award winning musical bearing her name. Argen Travel’s half day tours lead groups to the Buenos Aires neighbourhoods of Palermo and Barrio Norte, to the Presidential Palace, Congress, the official Evita Museum and Foundation as well as several surprise stops that reveal the private life of this Argentinian icon. 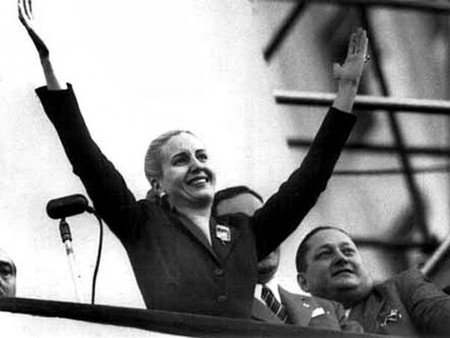