An Introduction to Buenos Aires' Electronica in 6 DJs 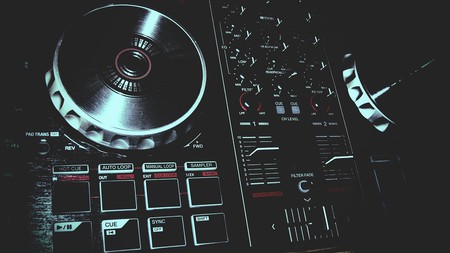 Although it’s not quite Amsterdam or Berlin, Buenos Aires has an impressive electronic dance music scene, which has nurtured some of the best talent on the continent. Scores of upcoming local DJs have been pumping out killer beats to crowds of euphoric revelers throughout the city for decades. But don’t expect to see the most legendary artists on your next trip, most will be off touring in some faraway exotic land. Let’s take a look at the best homegrown talent Buenos Aires has to offer.

Hernan Cattaneo is by far the biggest name in Buenos Aires dance music, if not the most successful Latin American DJ of all time. His love of electro blossomed when a friend gave him some Chicago house vinyls he found in a New York record store back in 1987, a gift that would change his life forever. After a few years of learning the ropes, Cattaneo secured a residency in a little-known Buenos Aires venue before becoming the headline act for Clubland, the city’s most famous club night at the time. It wasn’t long before he was invited to play with industry heavyweights like Sasha, Digweed, Carl Cox and Paul Oakenfold, the latter of whom took him on his first European tour. From there his life has been a whirlwind of prestigious festivals like Burning Man and Creamfields as well as residencies in super clubs such as Pacha in Ibiza.

An icon in Argentine E.D.M., Juan Pablo Pfirter started mixing on the radio at the age of just 15. Since then he’s really made a name for himself, landing gigs in the continent’s hottest clubs, thanks to his unique mixed-genre style, which he describes as simultaneously ‘dark and uplifting, old school and fresh’. Pfirter is also an avid producer, spearheading the MindTrip Rec label and releasing tunes from some serious names in the business, like Jonas Kopp. He’s had hits with other labels too, such as Stroboscopic Artefacts and CLR. Apart from playing in legendary clubs throughout Europe, he’s also known for his role in Groove Squad, a back-to-back style performance with epic sets that last up to 12 hours.

Starting out in 2006, Heatbeat are relative newcomers to the scene. But what this electro trance duo lack in experience, they make up for in energy and raw ability. Still a pair of youngsters in their twenties, Heatbeat draw on their knowledge of traditional instruments such as piano, guitar and drums to produce and perform original content that has been covered by the likes of Tiesto and Armen Van Buuren. They’re also experts in the mashup, spending a considerable amount of time in the studio preparing the ultimate bootleg track before each gig. Predicted by many to be the next big thing coming out of South America, Heatbeat are certainly worth keeping an eye on.

After starting out in blues and rock bands as a teenager, Barem later became fascinated with electronic music as a medium of self expression. As a kid growing up in the digital age, he was quickly able to learn the ins and outs of some intuitive DJing software in order to start producing music of his own. But breaking into Buenos Aires’ relatively small scene wasn’t easy. No matter how many vinyls he bought or how many loops he sampled, Barem struggled to find his feet – until he released his first EP in 2005. The record, known as Kleine, grabbed the attention of some big international names through his reverb and delay heavy bass lines and the rest is pretty much history. These days, Barem’s unique mixed-genre style infused with Latin rhythms sees him traveling around the world on an almost permanent basis.

The half Colombian half Argentine progressive house duo, known as HIIO, are one of South America’s most exciting electro partnerships. With a number of tracks breaking well into the Beatport top 100, including #3 hit and banging party anthem Good Enough, they’ve earned support from industry bigwigs such as David Guetta, Hardwell and Tiesto. HIIO are a popular festival act thanks to their high energy progressive style that has received rave views for getting the crowds pumped at events like Creamfields and Tomorrowland.

Javier Bussola was inspired by old school legends like Kraftwerk and Depeche Mode to have a crack at electronic music, way back in 1987. He began playing underground parties throughout Buenos Aires in the early 1990s before hitting the big time and playing alongside Hernan Cattaneo at his legendary Clubland night. From there, it was up and up as Bussola packed out London underground gigs and performed at world renowned festivals alongside some of the industry’s biggest names. These days, Bussola mostly specializes in psytrance, playing to packed stadiums in Buenos Aires and the occasional loosely regulated outdoor rave.