An Introduction to Astor Piazzolla in 8 Songs 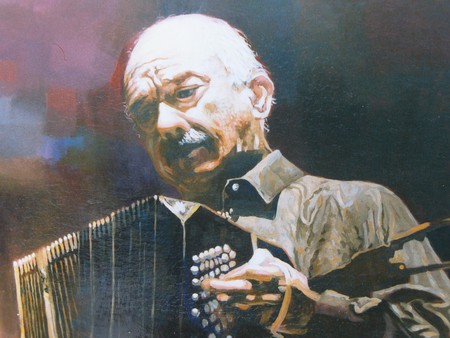 Astor Piazzolla spent his early years in Greenwich Village, growing up to become the world’s foremost composer of tango music, according to American music critic Stephen Holden. Inspired by listening to the orchestras of Carlos Gardel and Julio de Caro, he began playing tango when his father bought him a bandoneon for $19.00. Piazzolla composed his first tango, La Catinga, when he was eleven and the rest, as they say, is history.

Written in 1946, Piazzolla considered El Desbande his first formal tango. After this, he began to compose music for Argentine movies.

Buenos Aires was written for the Fabien Sevitzky competition; the piece won Piazzolla first prize. Though when performed at the Buenos Aires Law School, a fist-fight broke out as some in the audience felt it anathema to include bandoneon in the midst of a symphonic orchestra.

The prizes for the composition included a scholarship to Paris to study with Nadia Boulanger, thought by many to be the best music instructor in the world. Piazzolla tried to play down his bandoneon work believing he was destined for classical music. He spoke of his frustration to Boulanger, played Triunfal and was told, “Your classical work is well written. The genuine Piazzolla is here, never leave it.”

From 1958 until 1960 he worked in America and experimented with jazz/tango. The reception was rather cold. Following his father’s death in October 1959, Piazzolla penned one of his more popular works, Adiós Nonino.

Piazzolla moved to Italy in 1973 and over the next five years made a series of recordings, with Libertango being the most memorable. Libertango was universally praised in Europe and he formed the Conjunto Electronico.

His mentor, Troilo, died in 1975 and Piazzolla composed Suite Troileana in his memory. The next decade and a half are often considered the high point of Piazzolla’s popularity. His concert schedule continued to grow and included Europe, South America, Japan, and America.

Many live recordings of his concerts were made, mostly on CD, the recorded music just wasn’t the same. Piazzolla suffered a stroke in Paris in August 1990 and died in Buenos Aires on July 4, 1992. His portfolio included over 1,000 works.