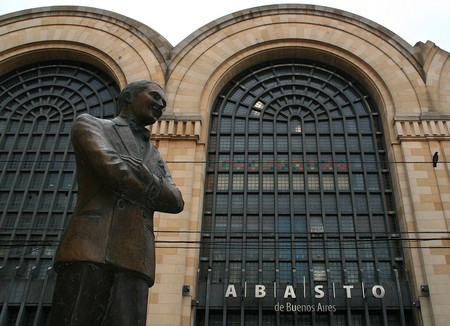 The Abasto neighborhood in Buenos Aires is an unassuming one. But scratch the surface just a little bit and you will discover a pocket of the capital that speaks volumes about the city’s culture, past and present. Inside Abasto lies the spirit of Argentina, bubbling with passion, chaos, music, and an energy that pulses like the heartbeat of the city.

It all begins with the name: Abasto. While actually part of the larger neighborhood of Balvanera, the zone of Abasto gets its name from the monumental building that defines its core, a huge Art Deco structure that was formerly Mercado de Abasto Proveedor (mercado = market, abasto = supply), or the city’s central fruit and veg market. Opened in 1934, for nearly 100 years the Abasto was a symbol of progress and technology in a city that was experiencing rapid growth in both population and size. But in 1984 the market’s central location had become problematic, and so it was moved to the outskirts of the city, after which the urban monolith was essentially abandoned until it was reincarnated as a shopping center in 1999. The Abasto Shopping sits on Avenida Corrientes, one of the city’s main thoroughfares, and this too gives life to the area, as it runs into the theater district further along the avenue. 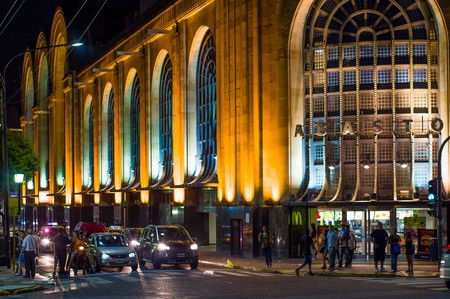 While tango may have been born in the port of La Boca, it came of age in Abasto. This is thanks to the poster boy of tango, Carlos Gardel, also known as “El Morocho del Abasto” (“the dark-haired guy from Abasto”). It is impossible to turn a corner in Abasto without some mention of its most famous resident who, although reportedly born in France, was raised in this neighborhood. The subway station is named after him, as is one of the city’s most well-known tango shows, Esquina Carlos Gardel, and his image is plastered around the many bars and restaurants in the area. Although technically in the adjacent neighborhood of Almagro, the milonga La Catedral and the bar El Boliche De Roberto are relics of a bygone era that are certainly inspired by Gardel and definitely worth checking out.

Another cultural identifier in Abasto is Judaism. A predominantly Jewish neighborhood for many years, it is now a lower and middle class area, but many Jewish residents who didn’t move to the suburbs remain. In fact, the McDonald’s in the Abasto shopping center is kosher, perfect for anyone of the Jewish faith needing their fix of the golden arches. 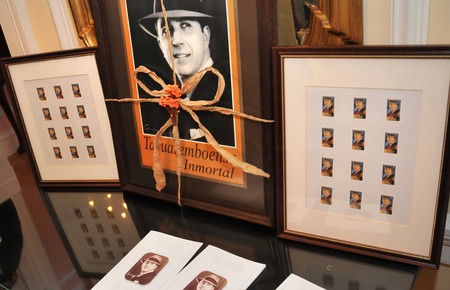 Although Abasto may not be the happening hotspot that is Palermo, it can hold its own in terms of drinking, dining and dancing. Abasto is the go-to area for the best Peruvian food the city has to offer, and it has it in abundance. Directly behind the shopping center is a gaudy green canteen, Mamani, that serves up enormous portions of Peruvian or Chinese food. Another safe bet is La Conga (although technically next door in Once), a firm favorite with Argentines, Peruvians, and foreigners in the know. Get there early as there is often a queue. 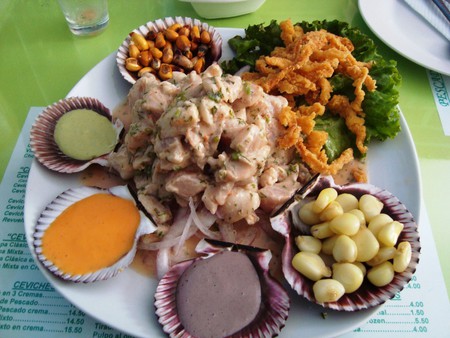 Calle Guardia Vieja – is it Abasto, is it Almagro? Who cares, it’s close enough. At the junction of this street and Bulnes or Billinghurst you will find a host of low-key and local bars serving up liters of beer, pizza and empanadas, the authentic flavors of Buenos Aires. El Bandarin is an unmissable bar notable, or heritage bar, and the Musetta café will make you feel like Borges or Hemingway, such is its laid-back literary feel.

For dancing, theater, music and art, the only place you need to know is the Konex. One of the city’s best cultural spaces, the Konex is loud and lively, and Monday night’s Bomba del Tiempo, an improvised drum show, will get your blood pumping. Stick around after for the afro-beat street parties that happen on side streets around the Konex.