A Two-Week Itinerary to Argentina

The wonders of Argentina | © Juan Montiel/Flickr

Argentina is huge, and there are endless amounts of things to see and do. We pull together the ultimate two-week itinerary to Argentina, hitting all the top destinations and throwing in a few unexpected sights and activities along the way.

First things first: the Argentine capital of Buenos Aires. Not only is it the capital of the country, but it is also one of the cultural capitals of South America. Renowned for its incredible art, theatre, music, dance and tireless nightlife, Buenos Aires is a city that never sleeps but one that never gets tired either. Three days is hardly enough to even scrape the surface of this rich and complex metropolis, but it’s safe to say you definitely will not be bored, and it is a baptism of fire spending even the smallest amount of time in the Argentine capital. 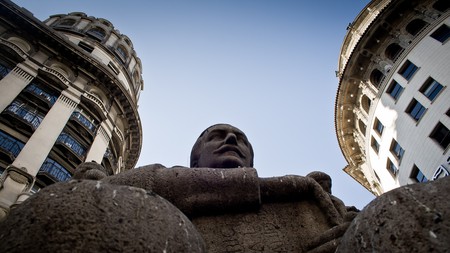 In terms of sightseeing, Buenos Aires is definitely a city to be experienced rather than seen, so it is worthwhile taking a day to walk around the various neighbourhoods, especially Palermos Soho and Hollywood and San Telmo. From San Telmo you can also visit the most popular sites downtown, such as the government palace of the Casa Rosada, the cathedral, the Obelisco and the Plaza de Mayo. If you are there on a Thursday, try and catch the Mothers and the Grandmothers of the Plaza de Mayo marching at 3.30pm. You can also head towards the river and explore the luxuriously modern neighbourhood of Puerto Madero and the natural oasis of the Reserva Ecologica.

At night, you may want to get your fix of tango, which you can do by going to a tango show, which also includes a three course meal, or a milonga dancehall where locals dance into the wee hours. For the foodies, there is an abundance of incredible gastronomy on offer in the capital, and steak should of course be first on your eating list. Don Julio is one of the best steakhouses in the city, but if you prefer a more low-key option, try Tito’s Secret Parrilla. Both are located in the Palermo neighbourhood, and you can head to one of the many bars in the area for a drink afterwards. Soria and Festival are great options, as is Boticario.

A complete contrast to the madness of the urban Buenos Aires sprawl, take the short two-and-a-half hour plane ride north to the small town of Iguazu, home to the famous Iguazu Falls. This collection of over 250 waterfalls is a UNESCO World Heritage site and is sure to wow even the most jaded traveller. The falls straddle the border between Argentina and Brazil, and each side has a decidedly different offering. 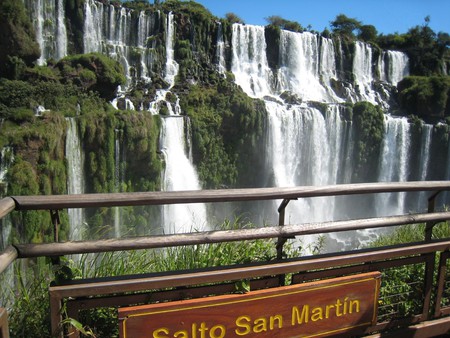 On the Argentine side, you will have the pleasure of being able to walk through the Misiones jungle with the roar of the cascading water surrounding you, and see monkeys and coatis as you go. Be careful not to try and touch them, as they bite and scratch. You will find yourself directly under the falls at certain points, so prepare to get wet. On this side you can also take the boat trip which will bring you right into the spray of the falls themselves.

Brazil’s side offers more panoramic views of the falls from further away, so is great for photo opportunities and social media posts to make all your friends at home jealous of your adventures. Check the visa relationship between your country and Brazil before you go, as some countries have expensive reciprocity fees in place and a visa will need to be organised ahead of time. Iguazu is a sleepy town, but check out the food market towards the edge of the town up the hill from the Siete Esquinas junction for a truly local experience.

While you are in the north of the country, you can take advantage of the proximity to the northwestern provinces of Salta and Jujuy. This area is the most indigenous in the country, given its proximity to Bolivia, and it has a very different culture and atmosphere than anywhere else in Argentina. 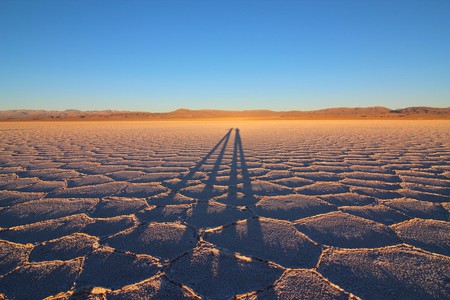 The city of Salta is a picturesque, colonial affair, with a heavy emphasis on religious structures and regional culture in terms of food and handicrafts. Take the cable car up to the top of the mountain where you will be treated to panoramic vistas of the city and its surrounding mountains, being that it is located in a valley. While you are in Salta, be sure to sample some of the local fried empanadas at Patio de las Empanadas and go to a pena, a music venue where musicians play and sing folklore music.

To further explore the region, it is advisable to rent a car, as you will have much more freedom to stop off and see the many incredible geological sites that the province of Salta has to offer. Stop in the towns of Purmamarca in Jujuy to see the amazing colourful rock formation of the Hill of Seven Colours. Stay in the town of Tilcara and explore the arid undulations of the Quebrada de Humahuaca valley. Another highlight of the Salta region is the viticultural area of Cafayate, where Argentina’s most famous white wine Torrontes is manufactured. Cafayate is a charming village surrounded by vineyards and is perfect to spend a day in sampling wine and dining around the main square.

Once you have had your fill of the north, it’s time to head far down south to Patagonia, as no trip to Argentina would be complete without visiting this vast and wild region. Fly to El Calafate, an Alpine village that acts as a regional hub for anyone wishing to explore the area more. A day or two in El Calafate is all you need to discover the town and see the main attraction – the world famous Perito Moreno glacier, located in Glaciers National Park. Wander the walkways in front of the glacier for a variety of views, or if you feel like getting better acquainted with this huge ice sheet, take a boat trip that passes in front of the imposing wall of ice, or trek on top of the glacier with a Big Ice tour. 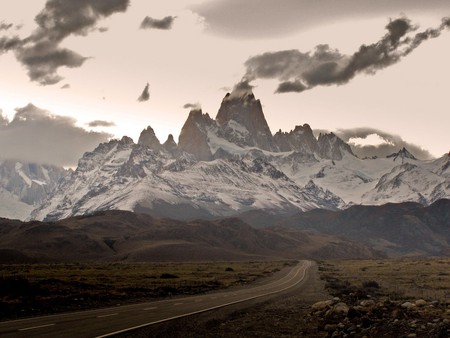 If you want to spend a bit more time in Calafate, visit Estancia Cristina, a truly Patagonian ranch that will give you a real sense of the scale of the wilderness of the area. After Calafate, take the bus three hours until you reach the mountainous enclave of El Chalten, a hidden nook of the world that is growing in importance every year. This tiny town was established to prevent the annexation of the area by Chile, and in doing so Argentina has laid claim to some of the most incredible landscapes in South America. The stand-out feature of El Chalten is of course the colossal Mount Fitz Roy, whose form inspired the Patagonia clothing company logo.

El Chalten not only has lots of wonderful day treks, but there are also some longer hikes that can see you camping overnight. Make sure and plan your days and treks properly, as you don’t want to get caught out in the woods after dark, as it will be tricky to find your way back to town. At every turn you will encounter glacial lakes, bubbling rivers and streams, thunderous waterfalls and some of the most spectacular landscapes you will ever hope to see on this planet. El Chalten is one of the gems of Argentina, and should not be left off the list of any two week itinerary in this South American country.