A Short History of the Bandoneón 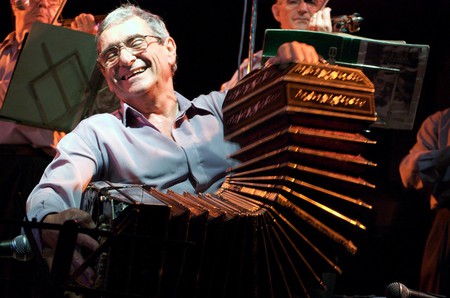 If you’ve heard tango music, chances are you’ve heard a bandoneón. The concertina instrument’s big-hearted, billowy sound runs through much of Argentina’s notoriously soulful music. Here is a brief history of the Argentinian squeeze box. 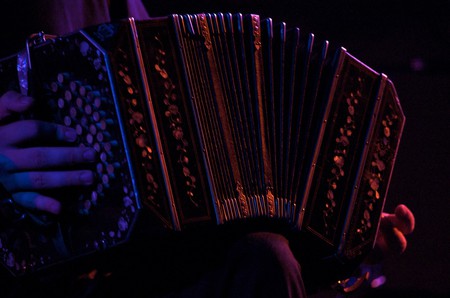 And like many of the nation’s cultural traditions (such as merienda), the bandoneón itself comes from Europe, brought over by a German immigrant, one Heinrich Band, sometime in the mid 1800s. Once on shore, the bandoneón quickly found its soulmate in milonga, a new type of dance then arising in Argentina and Uruguay (learn more about that here).

It was a match made in heaven, and the bandoneón continued to feature prominently in tango and milonga music in Argentina, until… well, until suddenly, there were no more bandoneóns. 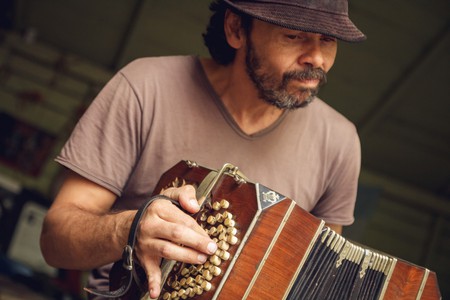 A couple of things led to this. One was that Argentina was not domestically producing the instrument, instead importing bandoneóns by the tens of thousands from Germany. This may have been because there wasn’t much competition for them – the only other part of the world with great passion for the instrument was, randomly enough, Lithuania. At any rate, World War II soon complicated Germany’s ability to export, causing bandoneón prices to skyrocket in Argentina.

Malen Sosa Coller, a 24-year-old student at Argentina’s Manuel de Falla conservatory of music in Buenos Aires, plays the instrument. “I decided to study the bandoneón because I really like tango, and it’s an instrument with a lot of mystery,” she told Culture Trip (translated from the Spanish). “Mysterious in the sense of its origins, how you play it, and its sound, which is so unusual, sometimes you barely hear it – even though its roots like in Europe, it takes us to tango, to Argentina, to the Creole. I love its complexity, how it’s got this strength but at the same time, this delicacy. It can stand on its own as a solo instrument, be part of an orchestra, or accompanying singers. Within the genre of tango, I don’t think there’s another instrument like it.”

Supply and demand continues to be an issue to this day, which is the reason Argentina’s National University of Lanús recently took apart an old bandoneón to figure out how to produce the instrument more affordably in the country.

They christened their effort the pichuco, the nickname of famed bandleader, bandoneonist and Argentine composer, Aníbal Troilo. So far, Proyecto Pichuco have made five bandoneóns, and are producing another 36 for local high schools (they are not currently for sale to the public).