A Review of 'Fireflies' and 'Southerly', Two Masterpieces That Refuse to Stay Still 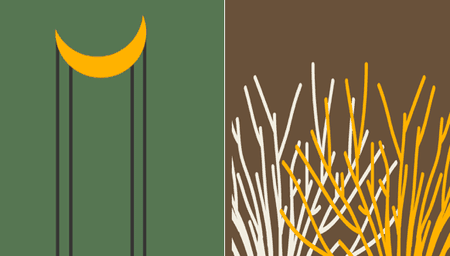 Occasionally you stumble across a text that you find impossible to define. Impossible not because there is a shortage of substance, but because its narrative defies the spread of orthodox structures we have at our disposal. It is structurally transgressive. And Luis Sagasti’s Fireflies – now translated into English by Fionn Petch – is precisely one of these texts.

Luis Sagasti is a writer, art critic and lecturer from Bahía Blanca, Argentina, and his latest work Fireflies is a curious combination of these three disciplines. Part-narrative, part-meditation on art, part-essay, Fireflies reveals the unwitting connections that link all phenomena, while pondering a central human desire, namely to give expression to our being. As Sagasti states at one point: ‘Without the slightest doubt, art is the answer. What we can’t be sure about is the question.’

The book is split into eight chapters, and though most have a prescriptive single-word title, the work reads more as a fluid stream of thought-provoking assertions, moving in and out of focus, like fireflies lighting up in the twilight and then falling back into untraceable darkness. But like these bioluminescent creatures, whose presence and promise lingers even in their short-lived absences, the themes that Sagasti explores and then leaves alone are never far from sight, promising to return once more and ignite the page.

So what are these themes that are all siloed and separate but somehow interconnected? Sagasti discusses the curious death of Antoine de Saint-Exupéry (the author of The Little Prince), the famous calligrapher of haikus Kioyi Hatasuko whose lashes evoke ‘Jackson Pollock chasing a fly with his paintbrush’, Yuri Gagarin’s first spacewalk, as well as the anonymous figure in the background of The Beatles’ most famous album cover outside Abbey Road Studios. 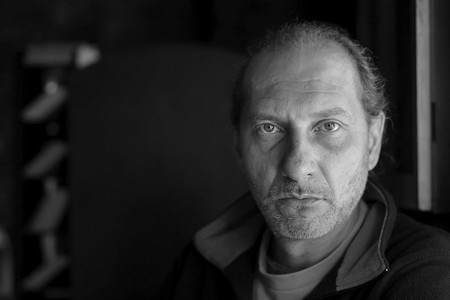 Though Sagasti’s tales of life, death (especially suicide), achievement and failure are told with unwavering intrigue, the subtle ways he connects them is his real tour de force. With an effortless grace, Sagasti finds invisible links between seemingly unrelated phenomena: Wolfgang Flatz the German performance artist and Pink Floyd are linked by cows; Munch’s famous painting The Scream is linked to Adelir Antônio de Carli, the priest who died during an attempt at cluster ballooning, via the colour red. Like points all sewn together by an endless thread of yarn, Sagasti corroborates his assertion that the ‘world is a ball of wool’ through his particular narrative style.

As Sagasti recounts the priest’s failed attempt to reach the heavens, he writes that he discovered that ‘God is deaf’ and the ‘sky is black’. This fascination with what’s ‘up there’ provides a cosmic backdrop to the entire work, and it is a question that Sagasti never seeks to answer, but simply reveals, shows, touches. To answer this question would be to annihilate art – art’s prerequisite being the non-existence of truth. As Sagasti maintains, paraphrasing Heidegger: ‘Words can construct truth but never reach it.’

The intersection between Sagasti’s work and Jorge Consiglio’s Southerly is substantial. Not only are they both works by Argentinian authors, recently translated into English (and published by Charco Press), but they share a profound curiosity with the invisible interconnectedness of the universe, told through an almost indefinable narrative style.

Translated by Cherilyn Elston, Southerly is a collection of short stories by novelist Jorge Consiglio a writer from the same generation as Sagasti, but born in Buenos Aires. Having been awarded prizes in Argentina and Spain for his four previous novels, Consiglio’s unique logic of storytelling has won wide acclaim.

Intriguingly, his logic of storytelling is not ostensibly logical. His stories are told with dispassionate realism while being varnished with a surrealist gloss, creating his own in-between style. Whereas the genre of Sagasti’s work resists categorisation, it is Consiglio’s style that can’t be boxed in. Occasional poetic turns reminiscent of Pablo Neruda erupt within the narrative, as in the story ‘Jessica Galver’ when the eponymous character is described as ‘a chrysalis, showing the first signs of transformation from its larva’. 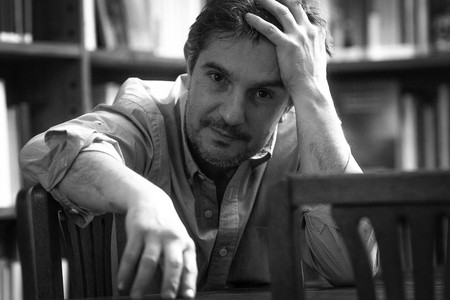 Consiglio’s narrative in-between-ness maps neatly onto his subject matter. Though the stories’ settings are diverse, the characters are all seemingly located in a liminal life space, with transition and transformation pervading the narrative. For example, in ‘Southerly’ a merchant ship is kept waiting outside of Buenos Aires; in ‘Travel, Travel’ a man revisits his childhood home to renovate; a morbidly obese woman undergoes attempted transformative treatment in ‘Jessica Galver’; in ‘The Night Before’ an indigenous woman visits an army colonel on the eve of a military offensive.

The stories are connected through this pervasive sense of motion – coming, going, transforming, returning, emerging. They exist in entirely different worlds, but as the narrator in one story reveals: ‘I like to think there are hidden connections in life. Any act, for reasons unknown, can be connected to another act.’ Delicately shining a light on these hidden connections – similarly to Sagasti – is one of Consiglio’s central preoccupations and it lends the book a satisfying cohesion.

But more than just revealing connections, the two Argentine writers are dealing with something far more complex: truth. In Sagasti’s Fireflies, truth is described as something we yearn for, something that breathes life into art, that is wholly unattainable. Yet in Consiglio’s Southerly, we witness flickers of truth in the form of pure expression. In ‘The Night Before’, we are told the woman ‘believes her voice knows something that she herself is unaware of’, as if expression itself breathes truth more pure than her words. While similarly in the final story ‘The Terrace’, Consiglio writes: ‘And that midday, the metallic sound of his voice resonated with the irrefutable weight of the truth.’

Could we add nuance to Sagasti’s assertion – that ‘Without the slightest doubt, art is the answer’ – substituting art with expression? Is it expression, and its constant evolution that is the perfect solution to the unknowable question? Either way, Jorge Consiglio and Luis Sagasti are grappling brilliantly with this very idea, with a freshness and thoughtfulness that is pushing humanity just a little bit further along the endless ball of yarn.