A Nightlife Guide to Salta, Argentina 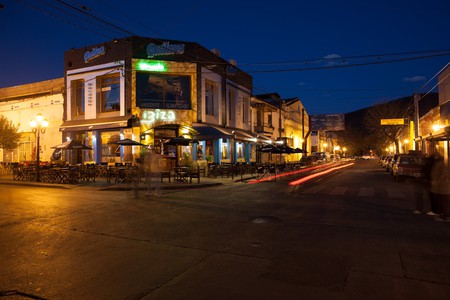 Despite its relatively small size, Salta is a city that buzzes after dark. Most of the action on weekends takes place on Balcarce, a lively bar-lined street that serves as the epicenter of late-night entertainment. For something a little more traditional, pay a visit to a local peña, a folkloric music venue where poncho-wearing gauchos and handkerchief-waving maidens sing and dance with gusto well into the early hours.

Bars tend to remain almost empty until around 11 p.m., as is the custom in Argentina.

Macondo Bar: Got a thing for rock? Head straight to Macondo, the focal point of Salta’s rock, alternative, and indie scene. Live music is played here most nights of the week, with energetic bands belting out Latin and Western covers as well as their own original tunes. A large street-front patio is great for absorbing Balcarce’s vibe, while their in-house restaurant serves up decent local and international dishes. Argentine rock is very good, and Macondo is a must for fans of the genre.

Café del Tiempo: An oldie but a goodie, this elegant café and watering hole is decked out in a traditional Buenos Aires style, with tall arched windows, vintage decor, and plenty of colorful signs from who-knows-where. Live music is played on the terrace on busier nights, most often the smooth, sophisticated sounds of jazz, blues, and tango. It’s a stylish haunt that is generally frequented by older professional types, rather than rowdy young students. 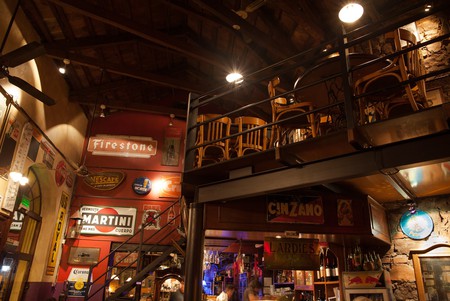 Bourbon Bar: The specialty here is – you guessed it – bourbon. Of course, there are plenty of other cocktails, plus local beer and wine, on the menu too. The place is particularly popular for its leafy outdoor patio where revelers can enjoy Balcarce’s lively atmosphere while puffing away on a shisha.

Most peñas get busy around midnight and kick on until the wee hours. Bookings are recommended on weekends, when they fill up with locals.

La Vieja Estación: A large and lively peña that tourists visit in droves, La Vieja Estación puts on feisty folkloric music shows almost every night of the week. They also serve an array of traditional dishes plus a good selection of local wine; just don’t expect any fancy cocktails or peace and quiet in this sprightly venue. 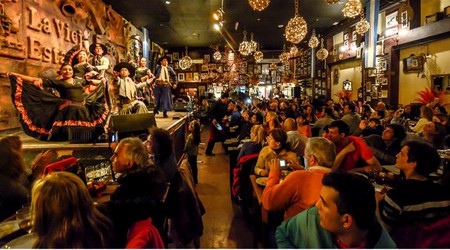 Peña Gauchos de Güemes: As Salta’s most historic peña, Güemes is the only music venue in town to have been listed as a cultural heritage site. The edifice was constructed using a traditional adobe style to replicate an older venue where revolutionary heroes such as San Martín and Güemes met to discuss tactics during the War of Independence. They’ve done a good job, too, as an evening here feels like a time warp back to centuries ago.

La Casona del Molino: For an authentic option, try La Casona del Molino, where the musicians are just locals who brought their own instruments and the performances are nothing more than impromptu jam sessions from the crowd. You’ll likely be the only tourist in what feels more like a house party than an organized folkloric music show.

Most Argentine clubs don’t fill up until 2 a.m. and don’t close until the sun starts to rise. Note, too, that Argentines don’t drink as heavily as people in many other cultures, so pace yourself to avoid looking like a fool.

Montana Club & Rooftop: The closest thing Salta has to a super-club, Montana is on the highway heading out of town, so jump in a taxi to get there. Those who make the journey will be greeted by a huge dance floor with a state-of-the-art sound and light system, a large rooftop patio with glistening city views, and some of the most good-looking and glamorous youngsters in the city.

Amnesia: For a fun night out with an older crowd (the teenagers are all in Montana), check out Amensia on Balcarce. It fills up a little earlier than most, with plenty of partygoers in their late twenties and early thirties enjoying live renditions of popular Latin songs until it turns into a disco sometime after midnight. 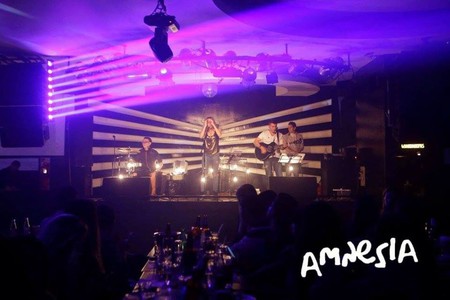 Amensia | © Courtesy of Amnesia
Give us feedback