A Guide to Volunteering in Argentina 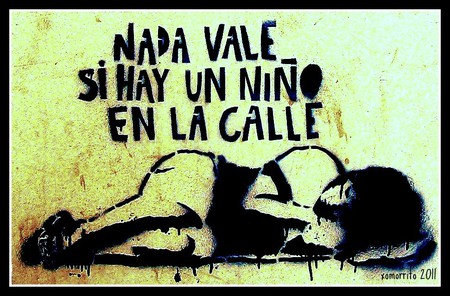 Graffiti in Buenos Aires that says: “Nothing is worth it if there's a child on the street” | © xabier otegi / Flickr

Volunteering in Argentina is not as easy as you might think. While there are a wealth of organizations happy to let you pay them for the privilege of connecting you with an N.G.O., there are very few resources for finding said organizations on your own – even less if your Spanish doesn’t go much beyond hola and gracias. So here’s a handy guide to get you on your way.

“In Buenos Aires it’s really hard to find [volunteer work], especially if you’re an expat, because it’s mainly [through] word of mouth,” Doug Fair, who moved to the Argentine capital from Tennessee, told Culture Trip. The good news is, volunteer organizations do exist in Argentina, and they need help – all the more so with a full third of the population now living in poverty. The good news is, if you want to get involved, you can. 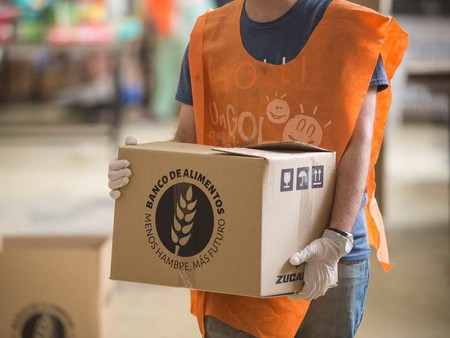 The Food Bank (in Spanish, Fundación Banco de Alimentos) is an organization that helps feed nearly 10,000 hungry people every day, most of them children and young people in and around the city of Buenos Aires. Working through a 675-center network, they distribute aid throughout the nation’s most populous province. The organization is part of the U.S.-based Global FoodBanking Network.

How you can help: The Food Bank desperately needs people to help them sort through and organize all the donations they receive. You don’t need to be able to speak any Spanish to do it. Shifts are available Monday through Friday, from 9:30 a.m. to 12:30 p.m., or 1:30 p.m. to 4:30 p.m. You can come alone or with a group. To take a shift, fill out their online form or email them at rrhh@bancodealimentos.org.ar with your full name, a telephone number, and what area of Buenos Aires you’re in. If you speak Spanish, more volunteer roles will be available to you.

Time commitment: Weekdays, as often as you like, for a minimum of three hours. 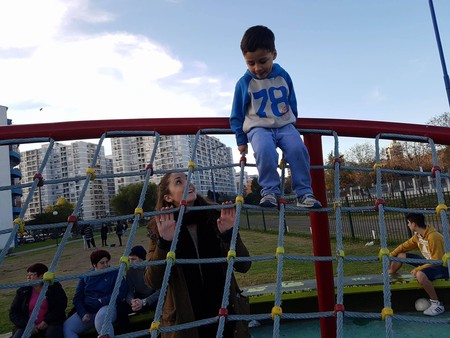 Inspired by the Boys & Girls Clubs in the United States, Club Unión de Los Pibes was co-founded by U.S.-born Will Aquino and is directed by Argentine Nicolas Zucconi, two young guys with big hearts. The project was born out of their dedication to a group of children living in a cramped, multi-family conventillo in the Buenos Aires neighborhood of Barracas. Every Saturday, they get together with the kids – a group ranging in age from toddlers to teenagers – for activities that range from outings around the city to crafts to soccer games. The idea is to give the kids a wider support community, mentors, and new opportunities. You don’t have to speak Spanish to do it, but it does help, as the kids speak only Spanish. That said, soccer is a largely non-verbal activity, and smiles say a lot. The organization only takes volunteers who can commit to six months. For more information, email them at info@uniondelospibes.org.

How you can help: If you’re going to be in Buenos Aires for at least six months and you’re good at arts and crafts, sports, or setting up games with kids, Club Unión de los Pibes wants you. The organization is also open to “guest professors” who can give a class or series of classes to the kids on a one-off basis.

Time commitment: A minimum of three Saturdays a month for a six-month period.

Graffiti in Buenos Aires that says: “Nothing is worth it if there’s a child on the street” | © xabier otegi / Flickr

Fundación Si is an organization aimed at restoring dignity to the people who live on the streets and encouraging their social inclusion in Argentina. They accomplish this by keeping track of the constantly-shifting networks of people on the streets and organizing small groups to visit them weekly in order to talk about what’s really going on in their lives, offer them support, and give them a little food. The organization is less about direct aid (i.e., you won’t be handing out huge baskets of food), and more about offering a one-to-one conversation, empathy, and support. Of course, it helps to speak Spanish, but you don’t have to – you’ll be accompanied by a small group of Spanish-speakers who can mostly direct the conversation. That doesn’t mean your presence, smiles and heart will go unnoticed. To sign up for the weekly walk, or recorrido, fill out this online form or email the person associated with the city you are in, all of whom are listed here. Fundación Si operates throughout the country.

How you can help: By signing up for one of the weekly groups and going with an open heart, even if you don’t understand every word being said. You can also send them monetary or food and clothing donations – find more information here.

Time commitment: One night a week.

Delicias de Alicia provides nutrition and cooking classes to impoverished communities in the Buenos Aires area. The project is funded by the organization’s closed-door vegetarian restaurant in the capital city, so one way you can “volunteer” is by eating their delicious food! There are also opportunities to get more hands-on with the organization – contact them by email for more information. Or watch the video below explaining how it works.

Time commitment: Up to you.

What you’ll be doing: Eating, volunteering at the restaurant, or helping children learn how to eat well.

Huerta Niño teaches undernourished children how to garden while in school. The aim is both to supplement their diet and to reignite communal farming practices across the nation. “We work with children at school throughout their entire educational formation,” they explain on their website. “It is not a matter of giving people food, but of teaching them how to produce their own food.” Founded in 1999, the foundation now has projects going in rural schools all over the country. To send them a monetary donation, click here. If you’re interested in volunteering with them, fill out this form.