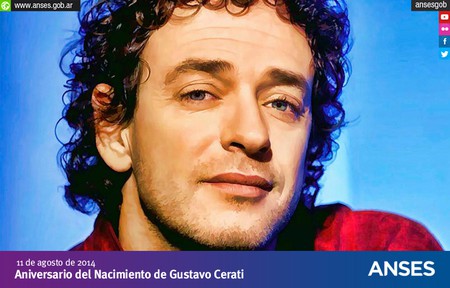 Coming to Latin America without knowing anything about Soda Stereo would be like setting foot in Britain having never heard of The Beatles. It just isn’t done! Here’s your fact file on one of Argentina’s most famous rock bands of all time.

So what do you need to know? Soda Stereo is a band from Argentina that was one of first rock bands in Latin America to take on the kind of cult status Pink Floyd and Roger Waters won in Europe and The United States.

Much like Pink Floyd, Soda Stereo‘s vocalist, Gustavo Cerati – who sadly died in 2014 – released several solo albums in between the band’s musical breakups.

The three man band, founded in 1982 with Cerati on guitar and vocals, Charly Alberti on drums and Zeta Bosio on bass, put out seven studio albums over more than a dozen years, and toured the world. Despite their cult status, in The United States Soda Stereo are largely unknown – possibly because of the language barrier, but more likely due to record company and distribution drama. 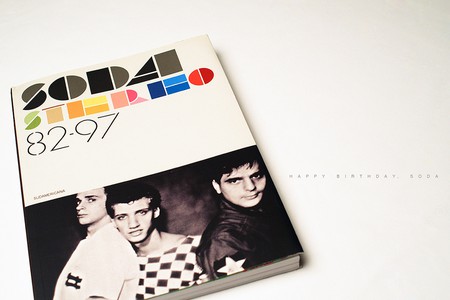 As for their music, here’s the thing. Don’t just listen to one song and leave it at that. Soda Stereo offers incredible musical diversity – even more so if you factor in all of Cerati’s solo albums. Although their roots lie in British rock, expect to hear everything from rock-pop of the ’80s, to Eddie Vedder-style ballads, to all out Aerosmith-style rock ‘n’ roll. Soda Stereo‘s lyrics lean towards classic rock ‘n’ roll themes of drugs and sex, but some wax philosophical themes – notably “El Séptimo Día” (The Seventh Day).

So which album should you listen to first? Well, like the wide-ranging band Radiohead, it depends on what moment you want to connect with in the band’s evolution.

Their breakthrough 1985 album, Nada Personal, made them the most popular band in the country. Here’s the album’s hit song “Cuando pase el temblor” (When The Shaking Stops) to get you started:

Next up you have the Signos (1986) and Doble Vida (1988) albums, with the reflective song “Persiana Americana” (folding blinds) emerging as a major hit:

But by this point the band was just heating up. Their 1990 album Canción Animal may well be their most popular: from it came their phenomenal hit El Séptimo Día (The Seventh Day):

1992’s Dynamo was a completely different direction from Canción Animal. This album ushered the band into their indie phase and is a must-listen for fans of the genre.

They soon followed up with Sueno Stereo in 1995. This hugely popular album was highly original – a type of rock unheard of elsewhere in the world at the time. They also produced one more unplugged album called Comfort y Música Para Volar in 1996 before breaking up the following year. Soda Stereo reunited 10 years later for a 2007 concert tour.

The ’90s also saw Cerati going solo. Gustavo’s first album came out in 1993, and he started to get serious traction with Bonacanda.

Cerati’s music, with his characteristically ethereal voice, is stylistically diverse and tends towards the reflective. Here’s his song Deja Vu:

In recent news, Soda Stereo (minus Cerati, obviously) teamed up with Cirque du Soleil in Buenos Aires for a musical tribute called Sép7imo Día – No descansaré. The show is currently on in Argentina and is set to tour throughout Latin America.