6 Restaurants in Argentina the World Needs to Know 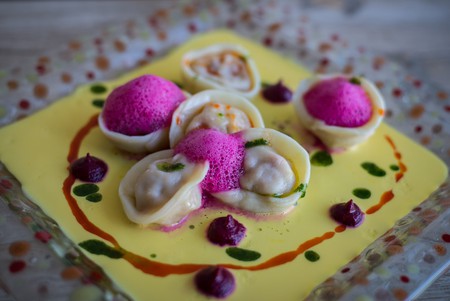 Pasta with saffron sauce at Kalma | Courtesy of Kalma

Most people think of Argentine cuisine as meat sizzling on the grill, a glass of Malbec in hand, or empanadas being devoured. But it’s also so much more than that. Argentina is in a fascinating moment of culinary alchemy where modern gastronomy is finding inspiration in the country’s native plants, grains, game and traditional preparation. Here are six of Argentina’s hottest, most innovative restaurants. 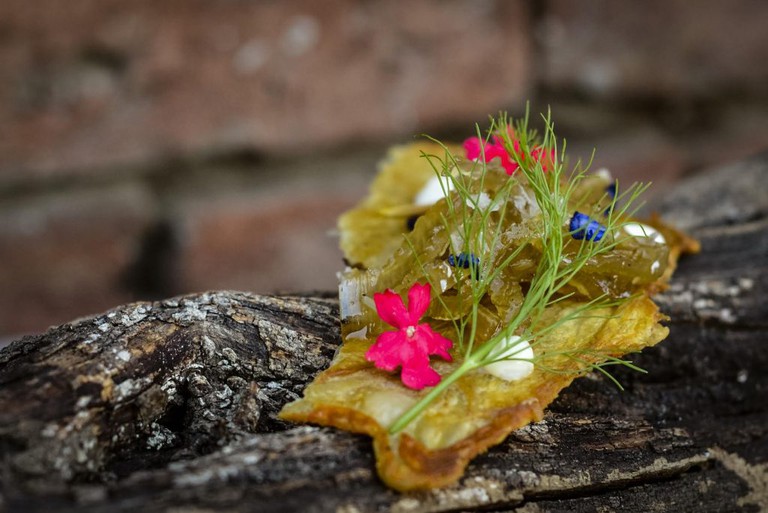 Pampa Roja's "goosebumps" appetizer of crispy chicken skin, celery chutney, and a lemon sabayon with wild verbenas | Courtesy of Pampa Roja
Pampa Roja, founded by a husband and wife team, is a culinary passion project already meeting with great success—the two-year-old restaurant in La Pampa was named Restaurant of the Year 2017 by Luxury Travel Guide. Pampa Roja is located in a renovated historic building 373 miles (600 kilometers) west of Buenos Aires, an area of vast sweeping plains in between the capital and Patagonia. The restaurant was born out of a desire to showcase the plants and foods native to La Pampa, much of which is still virgin land. Thus, the plates feature plants like purslane and game like llama and deer (try the thistle and swiss chard sandwich). The current menu all about salt, highlighting the region’s work in that regard: La Pampa produces 60% of the nation’s salt. The restaurant also has an outstanding wine selection that has won accolades from Wine Spectator. 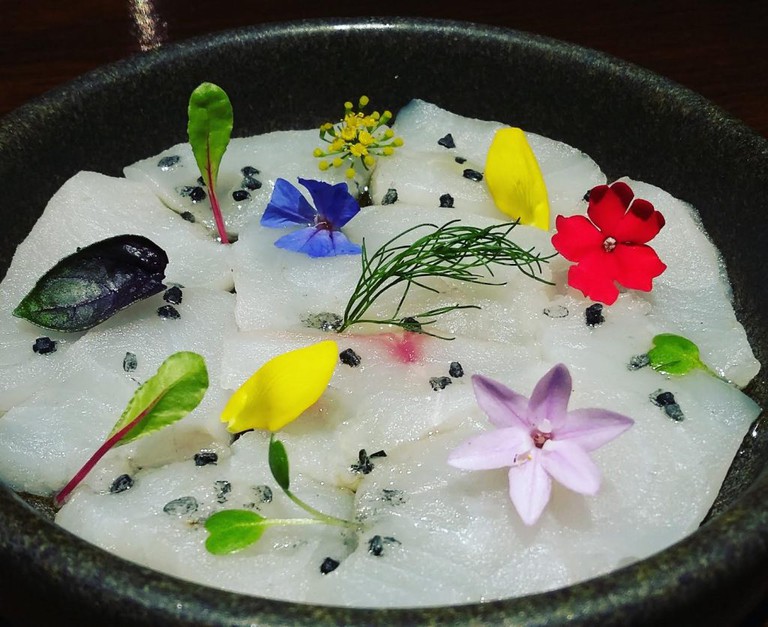 Gapasai's carpaccio de tararira, featuring a fish caught in a nearby river in Cordoba | Courtesy of Gapasai
Deep in the mountains of Cordoba lies Gapasai, another culinary wonder. The restaurant, part of a family-run residence, features a nine-course menu that will blow your mind. A recent menu, Ciclos (Cycles), was designed to reflect the cycle of life, with which Chef Santiago Blondel—who trained in Michelin-star restaurants in Europe—takes diners through the earth’s growing process plate by plate. They are presented with a modest seed-based appetizer, followed by edible “dirt” (made out of crumbled beet covering a foamy substrata created with a local Cordobese root called topinambur) and another plate has edible “dew” placed on plants; meat plates are designed to represent the animals in their native habitat, while varied desserts introduce notes of lavender, saffron, carob, and a Cordobese cactus. The restaurant is cash only, so come prepared.

Nestled in the stunning Parque Nacional los Alerces natural reserve in Chubut is a six-chef culinary team helping lead Argentina’s small but growing farm-to-table movement. Their restaurant, which will be known as GARCIA Cocina por Cocineros (A Kitchen for Chefs) from June 2017, is located in Patagonia and features the region’s standout dishes, such as fresh trout and lamb.

The six-year-old restaurant, which is currently known as Restaurante Carhue, is a hyper-local culinary experiment. 2017 will see the team launch a new menu that exclusively uses ingredients sourced within a 125-mile (200-kilometer) radius. At the moment, diners can choose between five principal plates, all of which are prepared using centuries-old regional techniques and served with an organic salad from the restaurant’s garden, run by an agronomic engineer. 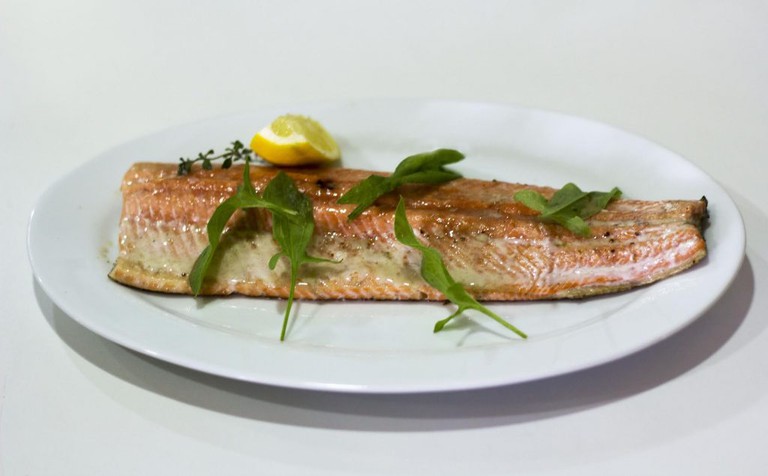 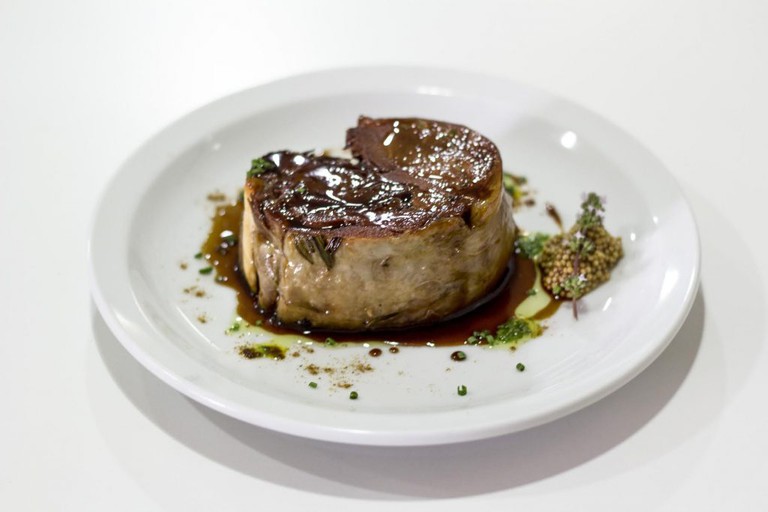 La Torgnole Gastronomique, Cordoba | Courtesy of La Torgnole Gastronomique
Argentine Chef Martin Altamirano, who spent a decade working in France, creates a fixed-menu food paradise in the beautiful Ascochinga in the province of Cordoba. Reservation-only La Torgnole Gastronomique applies French culinary techniques in the Cordobese kitchen for a flavor profile reflecting Argentina’s Europe-influenced history. His menu, a 7- to 10-course affair depending on the season, features everything from otter to buffalo. Altomirano told Culture Trip that, for him, cooking is “traveling through time and covering the distance with flavors.” The restaurant’s French name literally translates to “gastronomic blow,” and Altamirano is all about shocking his diners into a new understanding of food culture in Argentina. 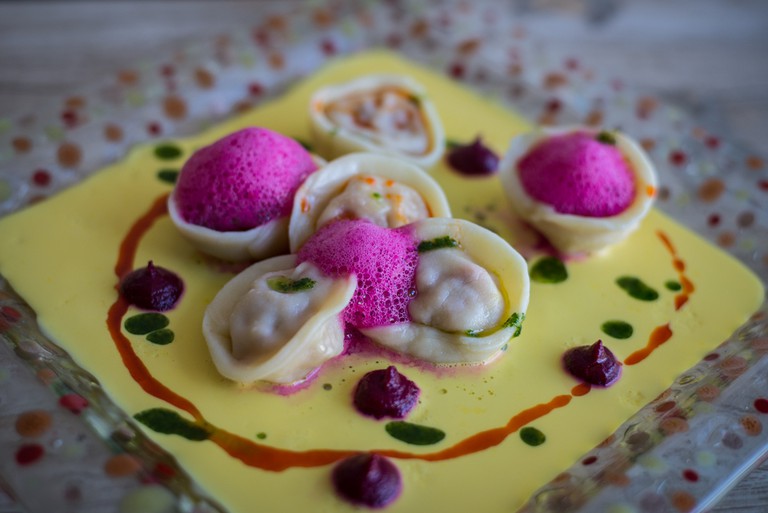 Pasta with saffron sauce at Kalma | Courtesy of Kalma
Kalma defines itself with this quote by Spanish painter Joan Miró: “A chef becomes an artist when he has things to say through his meals, like a painter in a painting.” Located at the very tip of Argentina in Ushuaia, proverbially known as “the end of the world,” the small 24-seat restaurant is pulling off some pretty innovative things when it comes to traditional Patagonian cuisine. Led by a Michelin-star trained Argentine Chef Jorge Monopoli, Kalma’s small team offers a rotating menu based on local ingredients, such as the regional merluza negra, a highly valued, delicate white fish.

Restaurant, Argentina, Seafood, Vegetarian, $$$
Facebook
Email
Twitter
Pinterest
Copy link
Share
Aramburu is a prime example of Argentine creativity finding culinary expression. Each plate is jaw-droppingly innovative and meticulously crafted, and even though the food has been transformed (cheese-stuffed apple ravioli, anyone?), it’s still got soul. That’s not an easy achievement in modern gastronomy. And with an 18-plate fixed menu, Aramburu gives taste buds plenty of room to explore—most people spend three hours there, so choose your date well. The brainchild of 30-something rising-star Chef Gonzalo Aramburu, the restaurant uses only organic ingredients and is located in an unassuming building on an equally unassuming street in the Buenos Aires neighborhood of San Telmo. Reserve early—this one of the hottest restaurants in the city.
Give us feedback