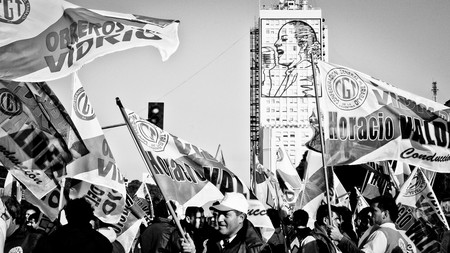 Argentina is perhaps more well known for its football stars and its wine than the many amazing women who have come to fame for a variety of altruistic reasons or just plain badassery. We meet some of the biggest female badasses throughout Argentine history.

Loved or loathed, it is undeniable that ex-president Cristina Fernández de Kirchner defined a generation of Argentine politics. Formerly the First Lady of Argentina due to her marriage to Nestor Kirchner, CFK as she is often known, served as the head of state from 2007-2015. She was the country’s first officially elected female president and the first woman to be re-elected to that office. Not without substantial controversy, including corruption, a tense relationship with the press, fraught relations with the UK over the Falkland/Malvinas islands, Kirchner was also responsible for cleaning up Argentina’s image regarding human rights and improving the country’s poverty rate. 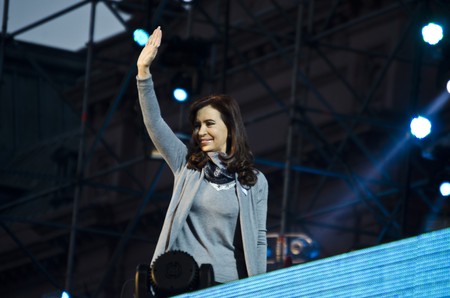 Described by legendary Argentine author Jorge Luis Borges as “The quintessential Argentine woman”, Victoria Ocampo was an author, literary critic and editor of the famous and influential literary magazine “Sur”. Part of a high-society intellectual set that included Borges and defined culture in the golden era of Buenos Aires in the 1920s and 30s, Ocampo was the first woman to ever be admitted to the Argentine Academy of Letters, which she joined in 1977. Ocampo’s sister Silvina was also a famous writer.

Juana Molina is the daughter of a tango singer and an actress, so performing has been in her blood since the beginning. Actress, singer and comedian, Molina defies categorisation in every aspect of her work. Garnering fame in the 1990s for her own personal brand of comedy, she had a hit show called Juana y sus Hermanas (Juana and her Sisters), but in 1994, at the height of her fame, decided to quit comedy to focus on her music career, a move that was met with huge backlash from her ardent fans. She moved to LA where she made a number of albums and toured with David Byrne, before moving back to Buenos Aires. She plays extensively in her home city now and just released her latest album this year. 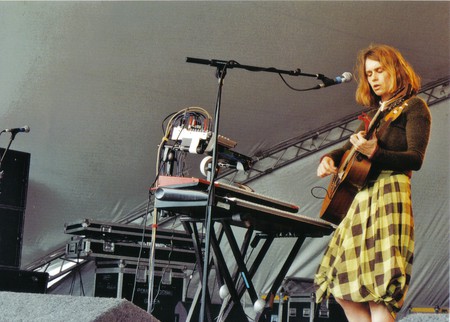 Eva Perón is perhaps the most widely known female figure in Argentine history. She moved from the country to the capital to pursue an acting career, and soon caught the eye of Juan Perón, and would go on to become First Lady of Argentine after the two were wed. Evita, as she is often known, was instrumental in championing both the rights of workers and women’s rights, and was given the title of “Spiritual Leader of the Nation” by Congress in 1952. She died from cancer aged 33, and her body was embalmed and displayed in her office, until it was stolen by the military government who overthrew Perón, its whereabouts remaining unknown for an incredible 16 years. Found in a crypt in Milan in 1971, Evita’s body was exhumed and flown back to Buenos Aires, where it resided in Juan Perón’s dining room, in the house he shared with his third wife Isabel.

Milagro Sala is a community organiser and activist from the northern province of Jujuy, Argentina. A champion of indigenous rights, she is often viewed as a divisive figure by the Argentine government, who many say can’t stand the idea of an indigenous woman having so much power in a state that largely disregards the rights of the remaining indigenous peoples. Sala is head of the Tupac Amaru neighborhood association in Jujuy, and in 2016 was controversially arrested on charges of embezzlement and fraud, and has been detained without trial since then.

Estela de Carlotto is the president of the human rights group the Grandmothers of the Plaza de Mayo. During Argentina’s last military dictatorship, Carlotto’s pregnant daughter was kidnapped by the regime, sparking a movement which saw the mothers of kidnapped children gather together in protest in Buenos Aires’ central square, the Plaza de Mayo. Carlotto has been instrumental in spearheading the search for the missing children of the pregnant women who were kidnapped, and she herself was reunited with her grandson in 2014. The recipient of many human rights awards, Carlotto is a central figure in the case of those who disappeared under the military dictatorship. 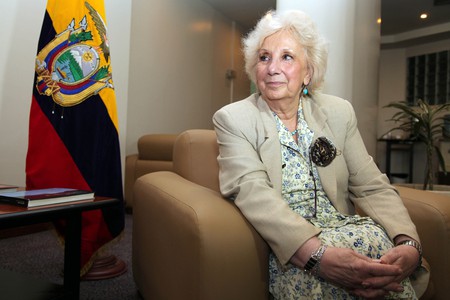 Gilda is one of Argentina’s most well known cumbia singers. A legend in her own time, Gilda achieved almost mythical status when she died tragically in a bus accident in 1996 while touring Argentina. Revered as a saint, fans make pilgrimages to the site of her death on her birthday, and in 2016 she was the subject of a film about her life, cementing her legacy as one of the most iconic figures in Argentine music.