6 Incredible Things You Can Do With Kids in Argentina 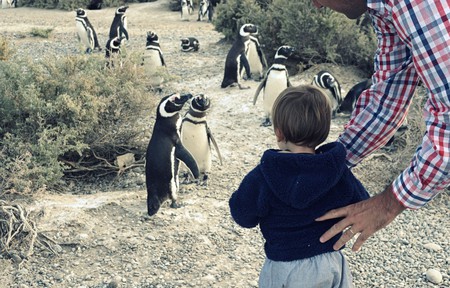 Taking your kids to Argentina? They’re going to have a great time once you’re through with this list. Thanks to Argentina’s strong Italian heritage, this is a country that puts kids and family first. There’s nothing that proves this more than the sheer number of kid (and adult)-friendly activities there are to do here. From taking submarines to seeing jaw-dropping stage productions in the bustling capital, this guide to the best activities for kids in Argentina will ensure they – and you – have an unforgettable Argentine adventure.

Cross the Andes on horseback together

This isn’t something only for trekker parents who wander the mountains with their infants in a sling, living off energy bars. It’s something even the least outdoorsy family can do, thanks to the excellent care and services provided by Gaucho Argentina. True to their name, the eco-tourism company provides various activities related to Argentina’s gaucho heritage – not just horseback riding but also fishing and wildlife safaris – in programs that directly support local families and businesses throughout the country. Check their website for the full list of activities, but the four-night, five-day mountain crossing is pretty epic.

According to Gaucho Argentina founder Dario Gallardo, over 20 families have crossed the Andes together since he started the company in 2001. Many had never ridden a horse before and had children as young as six. Gaucho Argentina, which has facilities in Mendoza, Salta, as well as a ranch in Corrientes, provide home-cooked meals, including fresh fruits and vegetables, on their trips. For many families, the adventure is an opportunity to see one another in a new light. “It’s real life, without internet, phones,” Gallardo told Culture Trip. “Connection with people, cooking over a fire, sleeping under the stars, looking at one another in the eyes, talking with each other, collaborating, you can do whatever you want – it’s an experience and cultural journey for the soul.” 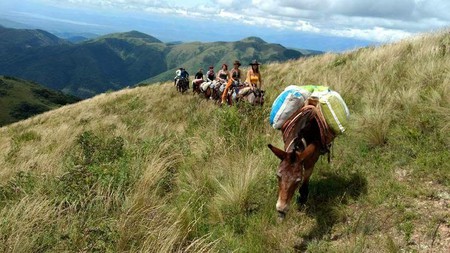 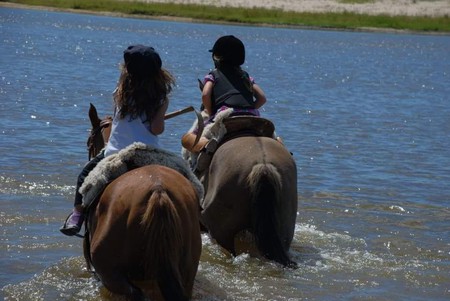 Jump around a massive inflatable park 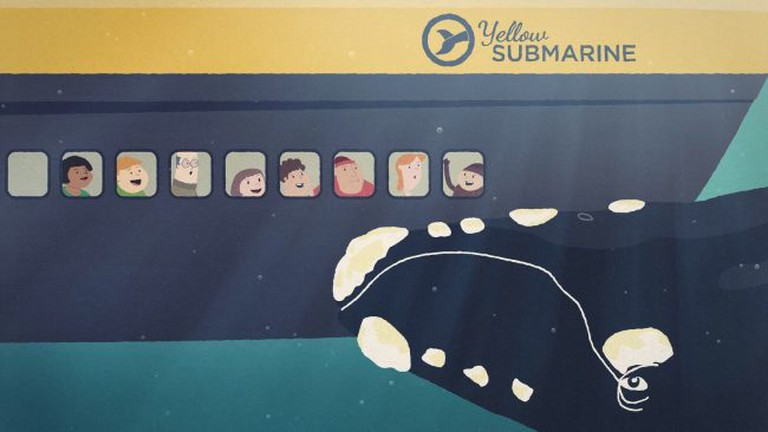 Argentina's yellow submarine sea adventure | Courtesy of Yellow Submarine
Yes, this is just as fun as it sounds. The newly opened Rush Trampoline Park in Pilar, a town about an hour outside of Buenos Aires, is pretty much a gigantic inflatable paradise, where you can spring-dunk hoops, battle each other with giant cubes of foam, fall into pools of giant foamy cubes, and more. The Rush Trampoline Park, which had its grand opening on June 8, is the largest trampoline park in all of Latin America. Reserve your tickets ahead of time through their website.
Open In Google Maps
La Lonja, Provincia de Buenos Aires, B1629, Argentina
+541152632187
Visit Website
Give us feedback

Hit the sea in a yellow submarine

It will be just like the Beatles, except you’re in Argentina instead of whatever psychedelic universe the British band was inhabiting at the time. And not only are you sitting inside a submarine, you’re descending into the sea off Argentina’s Valdes Peninsula, a site famous the world over for its abundant marine life (keep an eye out for the rarely-seen endangered southern white whale). Submarine and other nature excursions are arranged through Yellow Submarine‘s all-inclusive El Pedral reserve, which visitors can reach from the town of Puerto Madyrn.

“When [the] kids are having fun, it’s time for parents to rest and enjoy,” Julitte Decré of Yellow Submarine told Culture Trip. The vessel is the only one of its kind in the world to sail so close to the whales. Yellow Submarine offers various family-friendly programs – one even takes you to see a penguin colony! Check their calendar here – kids are free under four years old.

Buenos Aires boasts one of the finest theater scenes in the world, and offers incredibly high-quality, family-friendly productions year round. Right now a great show for kids is Elastico, a funny, movement-based play about a super-clumsy character that’s on at the theater El Camarin De Las Musas (tickets here). Centro Cultural Konex usually offers at least one show for kids – in July they’re doing a children’s opera Cinderella. For the younger ones, the Teatro Taller del Angel offers ongoing shows appropriate for children six months to three years. If theater isn’t your thing, grab a seat at the Planetarium and learn all about the southern hemisphere. Whatever you see, follow the show with an impromptu ice cream crawl through the city.

The river delta area of Tigre, with its numerous islands and incredible biodiversity, makes for a great day trip from Buenos Aires. A favorite with kids is the Euca Tigre adventure park, which offers over 100 outdoor activities, including zip lining, rock-climbing, and more. More information for visitors is available through their website. If your kids don’t like heights, take them kayaking through the river delta with Sudeste, one of the best guides in the region. They offer overnight trips, day tours, and night kayaking.

Take a steam-engine to the end of the world

The Southern Fuegian Railway in Tierra del Fuego, proverbially known as “the end of the world,” will take your kids’ breath away. The steam railway takes visitors on a one hour, 45-minute round trip journey around the Tierra del Fuego National Park. You can take the train to the national reserve, spend the day exploring the park (keep a lookout for guanacos and other animals native to Argentina), and take the train back when you’re done. Train-loving kids (and adults) can also arrange to visit the train workshop (visits must be arranged in advance). Train schedules and more information can be found here.