12 Things Tourists Should Never Do in Buenos Aires

As with any city, Buenos Aires has its dos and don’ts. If you’re planning on a visit, give this a read over before you land in the capital city. Argentina is a complex, multi-layered country and societal norms may take you by surprise at times. These tips will help ensure your trip goes as smoothly as possible.

Never refer to the United States as “America”

Wait, what? First, a little geography. Look at a map, your Argentine friend might say. The Americas are not one, but three – North, Central, and South. So why does the North sweep the rest of the continent under the rug by referring to itself exclusively as America? You might be a little dubious at first, but you have to admit they have a point. Be careful with the word “America” here – it can be a bit of a sore spot. Estados Unidos (United States) might be harder to say in Spanish, but they will love you for it – and there’s the added bonus of being geographically on point. Yes!

Here’s the thing. Said dog, while it might be really cute, does not likely belong to the dog-walker. Most people outsource that job. Thus, the city is home to legions of skilled dog-walkers who take to the streets holding 15 leashes at a time. It’s impressive, it’s comical, it’s creative, it’s economical – a classic Argentine mixture, as you will inevitably discover on your trip – it’s all that, but this is not the time for petting. 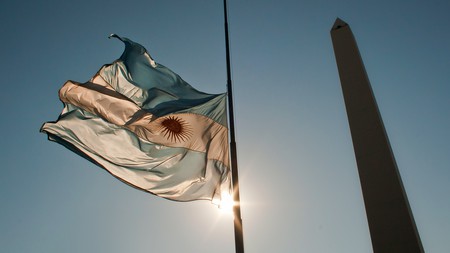 Don’t stand on a street corner texting on your iPhone

Or, if you must, hold on tight to your phone while you do so. The city is afflicted by near-constant robberies by motorcyclists. They whip past people standing on the street engrossed in their phones while waiting for a bus or taxi – and boom, before they know it, goodbye phone. Happens all the time. So when on street corners, keep your phone well-hidden, and instead spent the time appreciating Buenos Aires’ amazing architecture (it may inspire you to try this self-guided architectural stroll). Also, iPhones are worth a ridiculous amount in Argentina because Apple products are not sold in the country. So they’re even more of a target – consider yourself warned.

Best not to expect people to be on time

This is not Germany, or the United States, or London; it’s Argentina. There’s a buffer zone of at least twenty minutes with everything here, because things come up – transit is erratic, the subway isn’t always reliable, there’s a detour on the bus due to one of the city’s ongoing mammoth construction projects, or there’s a political demonstration (don’t be freaked out if you see a huge protest shutting down a city street, it’s part of daily life here). So when you arrange to meet with someone, don’t be insulted if they’re late. Just take it as an opportunity to sit back, breathe, and people-watch. The city’s great for that.

Don’t ask for tap water at a restaurant

Well, you can, but generally it’s frowned upon. Which is a pity, because water is relatively expensive here. But it’s the way it is. Think of it as a trade-off for all the incredible wine you’re drinking at a far lower price than elsewhere. While you’re at it, why not check out the country’s wine regions during your stay? Here’s a guide to the country’s best.

Argentine society is interesting this way. Very rarely will you hear someone refusing an invitation. The way Argentines get around this is usually by graciously accepting said invitation, nodding and smiling, and then coming up with an excuse later. That’s considered the more polite thing to do. It may seem like a lot of back and forth – or simply insincere – but it also ensures that no one feels shut down and encourages repeated invitations.

Too early! Argentines are at the gym! Or taking a class on Borges literature! Or playing basketball with their buddies! You’ll have to drink mate and wait. Argentines have dinner anywhere between 10:30 PM and midnight, so get ready for a long night. In fact, you might want to go take a nap right now.

As in: “Oh, it’s just a few blocks away.” That’s Argentine-speak for anything from two to twenty blocks. Or: “It’s going to be over soon.” As mentioned, Argentines have a different concept of time. Plan accordingly.

The gluten-free craze is just beginning to hit Buenos Aires, but it’s a far cry from mainstream. Major supermarkets will have a tiny section that’s gluten-free (most of the products will be made from white rice flour, nutrient-dense being unheard of), while neighborhood markets won’t even bother. The Argentine diet is big on wheat – pizza, empanadas, and lots of white bread. So if you’re gluten-free, be prepared to go light on the carbs, because you won’t have much other choice. 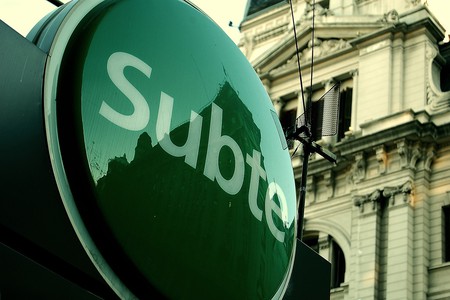 Never go to a milonga and ask someone to dance

In Argentina, milongas – events in which people dance tango – are complex social affairs that make an art of nonverbal communication. It would be a huge faux-pas to walk up to a girl and ask her to dance. TangoTrips organizes customized milonga tours to visitors who want a better grasp of the system – check them out here.

Don’t forget to say goodbye before you leave

Yes, you do need to go up to every single person at the party and kiss them goodbye. Or at least, that is the most polite thing to do. You might groan inwardly, but by the time you get to the third person and they’re smiling at you and shaking your hand warmly and looking you in the eye, you’ll think, this is actually great! You’ll leave feeling loved – at the end of the day, weird customs or not, that’s what this country is all about.