12 Contemporary Argentinian Bands You Must Listen To 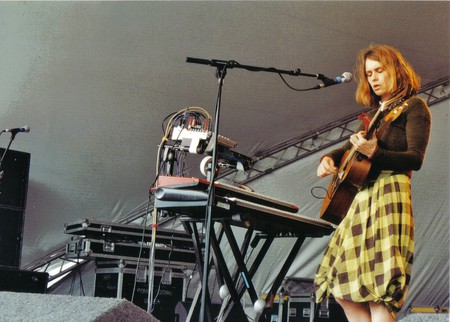 Argentine music is not just tango or rock nacional; rather, its vibrant cultural scene has produced plenty of homegrown talent as well as attracted foreign musicians to hone their talents in the southern country. Here, we round up some of the best musicians coming out of Argentina that you have to listen to.

Riel’s own brand of progressive rock is loud and ferocious, especially coming from the two tiny whippets of musicians that constitute the band. It’s always disarming to see such a powerful sound coming out of a two-piece (think The White Stripes), and the guitarist is almost overshadowed by her huge instrument. Try to see Riel in the intimate Naranja Verde for a full sonic experience.

Rock duo Harm & Ease, originally Canadian but Argentina-based, has been collecting band members over the past few years, and the current lineup consists of both locals and expats who pump out soulful tunes that wrap all of their diverse influences (such as Portugal. The Man, Neil Young, and The Doors) into one rock’n’roll sound that has legions of devoted fans jostling for a stage-side spot at shows.

Juana Molina, Argentina’s answer to Iceland’s Bjork, quirky, confident, and most definitely the architect of her own universe. Molina made a name for herself in Argentina as a comedienne in the ’90s with her show, Juana y sus Hermanas (Juana and Her Sisters) before giving it all up to pursue a music career, which led to a long relocation to the U.S. before returning to Argentina in recent years. She is currently in the middle of a world tour promoting her newly released album, Halo.

This Mar del Plata band takes its cues from afro-beat and dub to create pulsating rhythms that creep into your blood and surge around your body, leaving listeners powerless to do anything but dance. With synth infusions and some heavy riffs, Morbo y Mambo sounds totally unique and can be appreciated just as well on headphones as in big arenas. The band has opened for Tame Impala and Tuneyards in Argentina, and its latest album, Muta, dropped in 2017.

This indie rock band from La Plata is a firm favourite among locals, offering an Argentine version of krautrock beats with Velvet Undergound and Pixies influences. With three albums under its belt (the newest, La Síntesis O’Konor, was released in 2017), El Mató plays in Argentina frequently, and attendees are always guaranteed a good show. 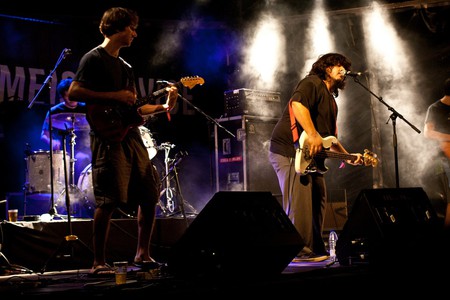 This all-girl group from Patagonia consists of two sisters and their friend A unique blend of rap fusion, Femina also incorporates poetic rhythms and Latin American folkloric beats, mixed with a sprinkling of funk, soul and reggae. After completed a recent world tour, FÉMINA caught the attention of Iggy Pop, who has since featured the band numerous times on his BBC Radio show. To date, the trio has recorded two albums and played at a variety of international music festivals.

Chancha Vía Circuito is the pseudonym of music producer Pedro Canale. Canale, as Chancha, was part of a movement in Buenos Aires in the mid-2000s that reimagined cumbia as an urban form of music. He is one of the biggest names in electro-cumbia, which mixes traditional Latin American beats with cumbia villera (or cumbia from the slums) with electronic influences from Europe and the U.S. 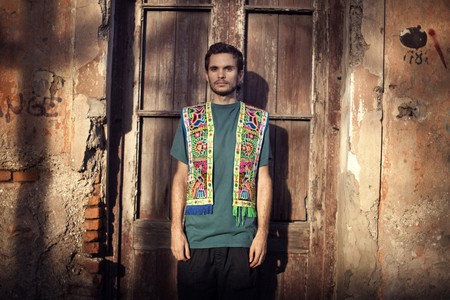 Kermesse, the collaborative project of interdisciplinary duo Fase and friend Gurtz, is on a mission to combine its members’ experience, passion, and knowledge of electronic music. Their new venture sees them performing live shows—in internationally renowned venues such as Watergate in Berlin and Moog in Barcelona as well as in Buenos Aires—with synthesizers, rhythm machines, and found audio to produce one-off sonic experiences.

Hailing from the U.K. but with her feet firmly rooted in Argentine soil, Damsel Talk (Jennifer Moule) is something of an Amy Winehouse crossed with Peggy Lee, an inimitable talent spanning the spectrum of vocal stylings and conquering everything from jazz to tango. Occasionally coupling up with local percussion and guitar talents, Damsel Talk is not just a voice but a fully fledged one-woman show, with stints on the ukulele, monologues, and comedy skits all spliced into her performances.

This Patagonian singer-songwriter is one of the biggest names in Argentine music, owing to his layered yet delicate music that combines crooning vocals with almost orchestral arrangements to create melodic songs that linger in memory long after hearing them. A self-taught musician, Aristimuño is recognized for his technical skill as a musician and has been nominated for numerous awards, including the Latin Grammys.

Translating to “lazy vibe,” Onda Vaga channels beach spirit to conjure up balmy evenings spent along the rugged Uruguayan coastline where the band members met. Akin to Manu Chau in Europe or Jack Johnson in the U.S., Onda Vaga is popular with everyone from college kids chasing hedonistic summers to adults whose nostalgic memories are ignited.