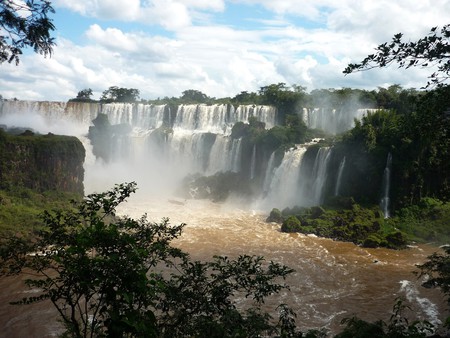 Argentina has an amazing 33 national parks that have been designated across its vast territory. From epic Patagonian mountain ranges to low-lying marshlands, there is a wealth of nature to observe all around the country.

Tierra del Fuego National Park is located in southern Argentina, effectively at the end of the world, considering that it is the last jumping off point before Antarctica. Covering an area of 630 square kilometres (243 square miles acres), it contains numerous majestic peaks, forests, waterfalls and a dramatic coastline that captures the unique scenery and setting of this special part of the world. 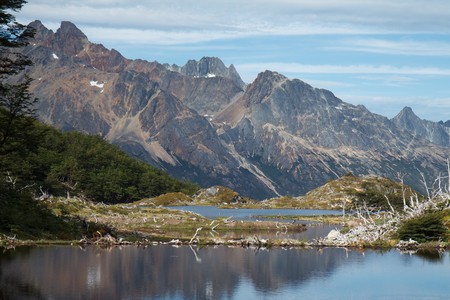 Iguazu National Park occupies 672 square kilometres (259 square miles) in northeastern Argentina. It straddles the borders with Paraguay and Brazil and is home to one of Argentina’s most-visited tourist destinations, the Iguazu Falls. Surrounded by a subtropical jungle, the falls are one of the most impressive sights in the country, and visitors will be wowed by the collection of over 250 cascades, and by the picturesque contrast of the deep-red earth with the heavy green vegetation.

This is Argentina’s largest national park, with a total area covering an incredible 7,270 square kilometres (2,807 square miles) in southern Patagonia. Home to an ice cap that feeds 47 different glaciers, Los Glaciares National Park is also where the world famous Perito Moreno glacier is located. Many visitors to Argentina will base themselves in El Calafate before making the short trip to see the Perito Moreno, and explore the national park at the same time.

This Patagonian park is the oldest designated national park in Argentina, having been established as a place of extreme national beauty and heritage in 1934. It spans the Neuquen and Rio Negro provinces, and many visitors will pass through the Nahuel Huapi National Park when they are in Bariloche, as the city is surrounded by the park. It is also home to the Lake District, owing to the many picturesque lakes that are located within the park. 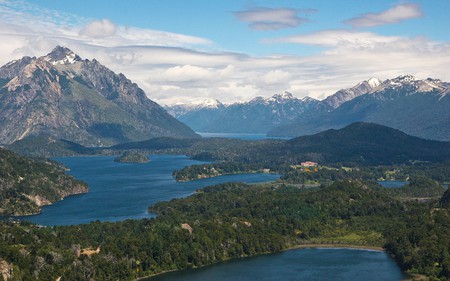 Located to the north of Nahuel Huapi National Park and Bariloche is Lanin National Park. A lot of people will end up visiting both of these areas of incredible natural beauty during their stay in this Alpine region of Patagonia, and Lanin National Park can be enjoyed in summer, with plenty of trails for hiking and biking and glacial lakes to swim in, or in winter, when visitors can enjoy the Chapelco ski resort.

This less-visited national park is a definite must-see for anyone who wants to get off the beaten path. Located in the eastern province of La Rioja, the park is an important archaeological and paleontological site, with the remains and fossils of dinosaurs constantly being discovered here. Visitors can also check out the Talampaya gorge with its incredible rock formations.

This pint-sized national park covers a tiny area of only 17.5 square kilometres (seven square miles), but it certainly packs a punch in terms of its unique offering. Los Arrayanes National Park is located on the banks of the Nahuel Huapi lake near the town of Villa la Angostura, and houses a compact yet beautiful forest of 300-year-old rare arrayán (myrtle) trees.

The incredible marsh and wetlands of the Esteros de Ibera are not often visited by locals, let alone tourists, and so they remain one of the most incredible virgin territories in Argentina. Home to a wealth of wildlife and native vegetation, the wetlands provide an unusual and romantic getaway for those looking to immerse themselves in unspoilt nature. 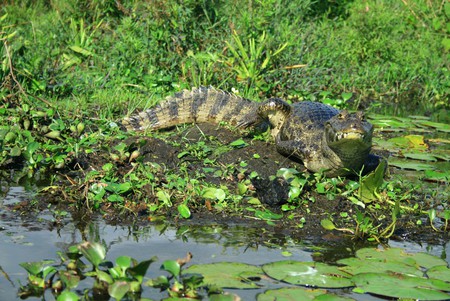 This nature reserve is located in the eastern Patagonian province of Chubut and was listed as a UNESCO World Heritage Site in 1999. It’s a popular destination for wildlife lovers who come to walk with a huge colony of Magellanic penguins, or to take a boat out to go whale watching; the Valdes Peninsula is teeming with amazing animals and marine life.

Located in the San Luis province in the centre of Argentina, but towards the Chilean border and the Andes, the Sierra de las Quijadas National Park is a hotbed of important geology, archaeology and palaeontology. This arid area is typical of the Chaco steppe, and has an important microclimate that is particular to the region.

This national park in the northeastern region of Salta is becoming more and more popular, as visitors venture to the north to experience another side of Argentina. This dry region is full of desert life, such as cacti and lizards, as well as fossils, dinosaur tracks and impressive geological formations. 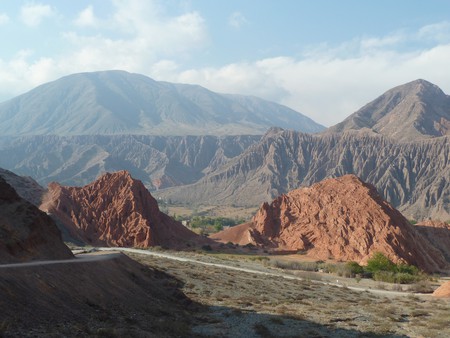 Find out where best to view South America’s total solar eclipse in July 2019.