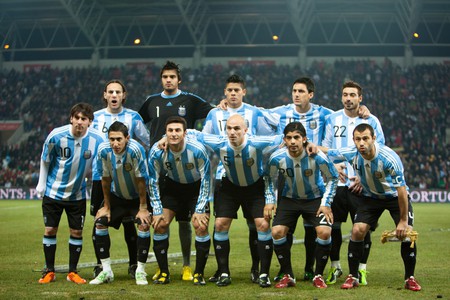 Surprisingly, or perhaps not, considering Argentina’s complicated and passionate relationship with football, in Buenos Aires, only home fans are allowed in the stadium. This rule was implemented a few years ago to prevent skirmishes, to use a euphemism, between rival fans. The football hooligans, or the barra brava as they are known in South America, are akin to Argentine mafia, and have their hands in all the pies that surround football, from ticket resale to merchandising, but they are a violent lot, and clashes between the barra brava of one team and another has resulted in supporters from away teams being banned from the stadium. 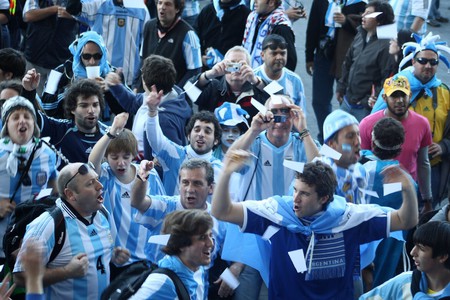 Although Argentina’s national team is a force to be reckoned with on the international football stage, matches between local teams can often disappoint in terms of quality. This can sometimes be because of petty grievances within the teams, such as playing badly on purpose to piss off a new coach that the team doesn’t like, or fights breaking out between players of the same team on the pitch to time waste when their side is winning. But all of this extra-curricular drama is part of the spectacle.

Attending a football match is best avoided if you suffer from claustrophobia, as the stadia are often antiquated and in deteriorating condition, especially compared to venues in Europe or the US. And, as loyal supporters attend every match, there are usually huge crowds in attendance, which can be overwhelming on entering and leaving the stadium. It is better to wait for ten minutes before leaving if you are uncomfortable in crowds. 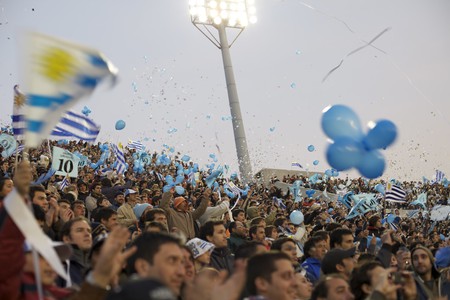 Leave your valuables at home

Being stuck in big crowds obviously increases your chances of getting pickpocketed, so leave your Rolex and diamonds at home. Only bring as much cash as you need, especially if you are planning on buying a jersey as a souvenir, or a famous choripan sandwich after the game. The stadiums are often located in lower class areas, and while most fans are just there to watch the football, there are always those who are looking for tourists to prey on. But keep our wits about you and you should be fine.

One of the biggest rules of attending a football match in Argentina is to find out the colours of the teams that are playing, and to wear only the colours of the home team. Even if you’re a fan of the other team – although it is unlikely that this will be the case if you’re with a local, as it is sacrilege to go to a match of a rival in their grounds – under no circumstances should you wear their colours, as it could result in a nasty situation.

You might think that going to the football would involve a few drinks and a good time, but in reality, it is against the law to serve alcohol within 500m (1,640 feet) of the stadium, so you can’t even get a drink at a bar close by. If you want to have a few beers, do it before getting to the game. It will quickly become apparent why alcohol is not allowed. There’s enough passion and enthusiasm without adding booze into the mix. 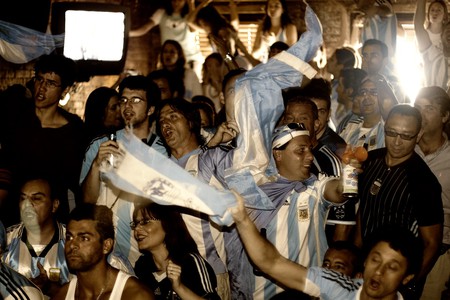 -------------------------- Football! It's a religion of it's own. True fans most probably have a whole different set of chemicals that flow in their brains which are no where to be found in anyone who is not a fan of football. Like they say, "Every four years, a ball does the impossible." The bar had an energy that was (proportionally) equal to that of a packed stadium. Chants of Ole, Ole, Ole! and Ar-GEN-TINA! were defeaning but very amusing to sing along with. Not being from Argentina, I can NEVER connect with these people emotionally but I can semi-understand their super-hyper-excitement as I'm the same way watching my countrymen play cricket. The end of the quarter, semi or full Final games will make these fans cry regardless of what the outcome is, they could be happy or sad tears... Most of the more-exciting emotive frames were captured on my 35mm film camera, so you'll have to wait till I develop the rolls on Monday. Stand by... Photos taken at www.bistronovecento.com

Go through a reputable organiser

While it is sometimes possible to get tickets through touts online or outside the stadium, this is definitely not recommended. Not only could you get sold a fake ticket, but you could find yourself in a dodgy scenario with an unsavoury character pretty quickly. There are a few organisations that arrange tours to the football matches, with LandingPad BA being one of the most experienced and most reliable.

Football is not for wallflowers, so if you’re going to go to the effort of getting yourself inside the stadium, you might as well get involved. Football fans in Argentina love to shout, insult the ref and the players on the opposing team, and go wild when their team scores a goal. Be prepared for the stands to shake if the home team scores, and scream and shout along with local fans – just make sure you’re celebrating when you should be, and cursing when you should be. 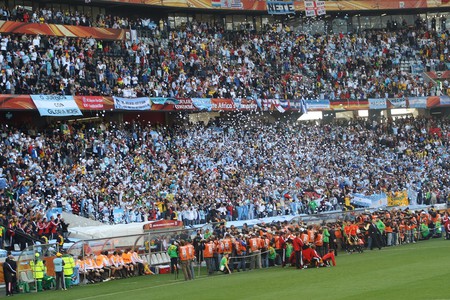 Be prepared to wait

Be advised that for bigger matches, there will often be a lot of traffic on the way to and from the match, so it’s a good idea to get there early. As you are going into the stadium, there will be queues of people waiting to get searched, so make sure you don’t bring in any bottles, lighters or anything that could be perceived as a weapon.

Football is on, rain or shine

Although pretty much everything else gets cancelled in Argentina when it rains, football matches are a special exception. Football goes on, rain or shine, but be prepared to get wet if it’s raining, as umbrellas are not allowed inside the stadium. Bring a poncho or a raincoat, or just offer yourself up to the rain gods – this is the church of football after all. 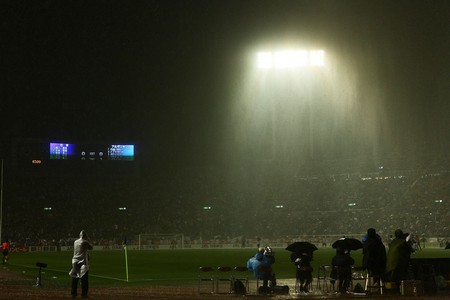 JULY 29, 2008 - Football : The international friendly match U23 Japan and U23 Argentina at National Stadium on July 29 in Tokyo, Japan. (Photo by Tsutomu Takasu)
Give us feedback