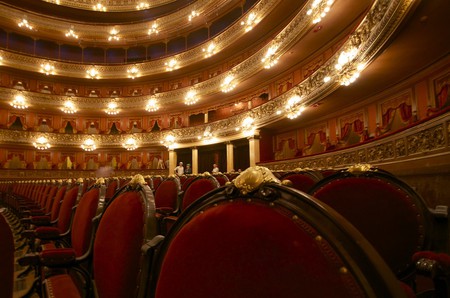 The Teatro Colon is Buenos Aires’ famous opera house, and one of Argentina’s national treasures. The building itself is a work of art, and every day there are incredible performances by world famous orchestras and ballet companies, among other things. Check out our guide of the things you should know before you go to the Teatro Colon.
Take the guided tour 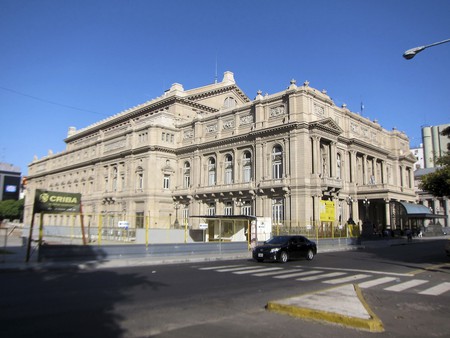 The amazing exterior of the Teatro Colon | © Jennifer Morrow/Flickr

The best way to discover the majesty and magic of the Colon is to take one of the guided tours. Tours take place every day and are offered in multiple languages and leave from the box office every 15 minutes. There is no need to reserve in advance, and the experienced guides will bring tourists through the different rooms and halls of the theatre and explain their cultural, social, and historical significance.
Check out the online schedule

The Colon plans ahead, and the benefit of this is that you can see what performances they have scheduled for the months and year ahead. You can also buy tickets online in advance, a huge plus for big concerts that sell out quickly. Events are organised programmatically, so you can choose the opera, ballet, one-off performances, or the Buenos Aires philharmonic, among others.
Behave courteously 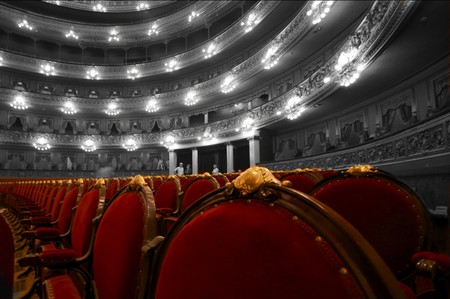 The interior of the Grand Hall | © Roger Schultz/Flickr

The opera, as you might imagine, has a certain status attached to it, and while it is certainly more class-friendly than opera houses in other parts of the world, there is a certain decorum that should be maintained once inside the main hall. Turning off your phone is a requisite, and if you are sick or chesty, cough and sneeze into your hand or a handkerchief! These things may seem obvious but seasoned theatre-goers are easily annoyed, so don’t come off as a rookie.
Don’t applaud between movements at the philharmonic

Pro tip: if you go to see the philharmonic, don’t clap between movements. Many amateurs make this mistake, and don’t be fooled, you will be judged. Save your applause for the end of the piece, and no one will think you have stepped into the wrong auditorium.
Check out the free options 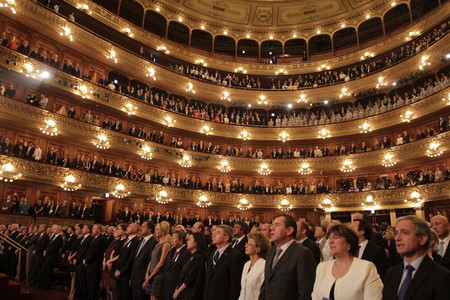 Buenos Aires is widely known for the wealth of free cultural events that the city puts on, and the Colon is no exception. A few times a year the opera house will announce free concerts, or discounted ticket prices if you sign up for the year, allowing the chance to attend many performances without denting your bank balance too much. There is also a variety of ticket prices available for each concert, so if you can only afford the nosebleed seats, you can still attend.
It is one of the most important opera houses in the world

The Teatro Colon is widely recognised as one of the best opera houses in the world. Famous for its incredible acoustics and timeless setting that conjures up past eras and all the glamour and pomp of civilised sophistication, playing, singing or dancing in the Colon is a dream for many performers.
The building is almost 110 years old 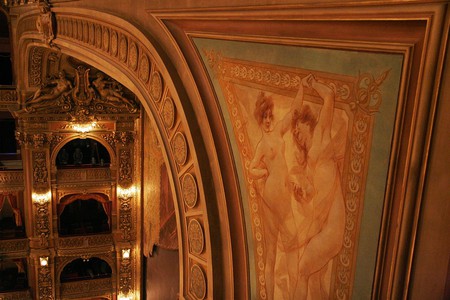 The current building, which is one of the most opulent in Buenos Aires, was inaugurated in 1908, meaning that next year the building will celebrate its 110th birthday. Interestingly, the front of the Colon is actually the back. The facade that fronts onto 9 de Julio Avenue was originally conceived of as the rear of the building, but when a city block was removed to create the boulevard, it became the de-facto front.
All of the elements for each performance are produced on site

The opera house has a vast underground level which contains workshops where every element necessary for the performance is produced. From the elaborate sets to the exquisite costumes, Teatro Colon is a hive of creative production, something of which the theatre and staff are very proud.
The building was designed by three different architects 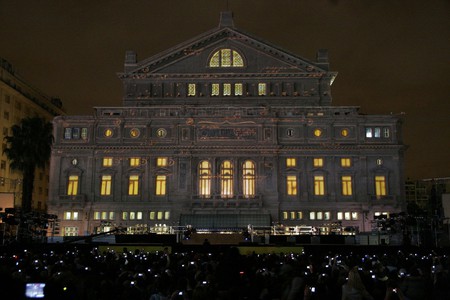 The Colon building is nothing if not eclectic. Buenos Aires at the end of the 19th and beginning of the 20th century very much looked to Europe for its architectural inspiration. The lead architect of the current building was an Italian named Francesco Tamburini, but upon his death, his business partner, Italian Victor Meano, took over, until his death, after which Belgian architect Jules Dormal took the reins. This resulted in a number of different styles being used within the building, resulting in a unique architectural gem.
The Grand Hall was inspired by classical French and Italian theatres

The decorative spectacle of the Grand Hall, which lies at the heart of the building, was designed in keeping with the stringent standards of classic theatres and operas in France and Italy. It is a horseshoe shape, topped with a beautiful hand painted dome. The hall has a maximum seating capacity of 2,478 and a further 500 people are permitted to stand.