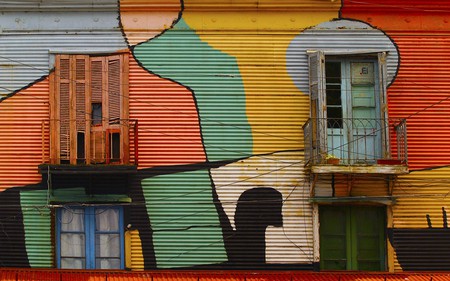 A language of passion, often taking the form of fiery, fast-paced dialogue that’s frequently misinterpreted as a sign of heated disagreements, Spanish is the most widely spoken romance language, sharing its Latin roots with Portuguese, Italian, Romanian and French. Here are 10 words that will make you fall in love with the language—even if you can’t roll your ‘r’s.

What’s it mean? How do I use it? Ensimismado is a cool word, because there’s really no precise English equivalent. It literally translates to something like “so-inside-myself”. They use it when we would use words like “rapt,” “engrossed” or “absorbed”—”I was ensimismada watching that tango show”, you might say if you’re visiting Buenos Aires (estaba ensimismada viendo el show de tango).

But it can also mean just lost in thought. It can even refer to a personal state, like being self-centered—though it’s not charged like the word “selfish” is in English—or just preoccupied with internal matters.

What’s it mean? How do I use it? Prolijo can be used in a variety of ways, ranging from something super-well-done (I cleaned the bathroom and it looks freakin’ prolijo) to an anal-retentive person, but without the negative connotation that has in English. Something that is exhaustively done with close attention to detail is prolijo. It can be used for people and for things. It also means clean and tidy. Pretty useful—prolijo.

How do you say it? Lee-BEH-loo-lah.

What’s it mean? How do I use it? Libélula is a beautiful word for a beautiful creature—the dragonfly. It derives from the Latin word libra, which means scales, or balance, and it’s easy to see why when you see these guys fly. Did you know they’ve found fossilised dragonflies with a wingspan of nearly two feet? Fun fact. 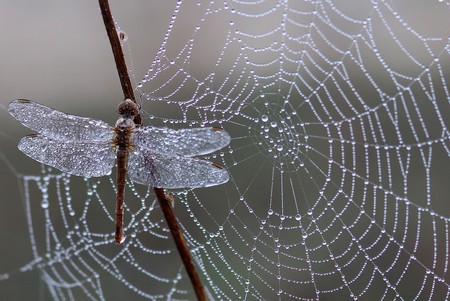 Dragonfly on a dewey spiderweb / Pixabay

How do you say it? Con-tense-see-ON.

What’s it mean? How do I use it? Contención literally means “containment”, but Argentines often use it in a more psychological context. If I’m offering my friend contención, it means I’m holding a space for what they’re telling me. I’m listening in a containing way, rather than a advice-offering way. Or, if something happened to me and I just need to talk about it, to let it out, often what I’m looking for is contención.

What’s it mean? How do I use it? An Arco Iris is a rainbow, and rainbows are just lovely. The literal translation of Arco Iris is “iris arc”. 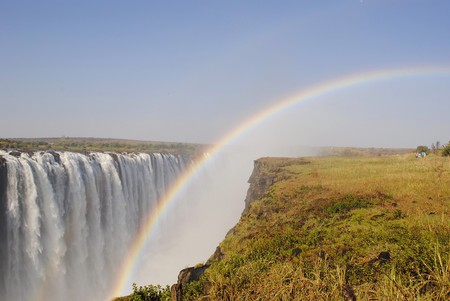 How do you say it? Gn (like the gn sound in gnocchi) o-gnoh. Or the feminine, gno-gnah. Yes, it’s a mouthful.

What’s it mean? How do I use it? This one’s really just a hoot to say, plus it means “nerd”. Somehow, the word sounds nerdy. Your lips feel all nerded out when you say it. Oh, ño you didn’t!

How do you say it? Bah-HONE.

What’s it mean? How do I use it? Bajón is cool because it slides easily off the tongue and means “bummer”. Que bajón! “What a letdown! Bummer!” It also means a decline or withdrawal. You can use if you feel like you have the blues, like you’re a bit down. Basically, bajón is Spanish for a Charlie Brown kind of day.

How do you say it? Chee-spa.

What’s it mean? How do I use it? Chispa is cool because it means a lot of things. The literal meaning is “spark”, as in from a match, but in some places it can also mean a small portion (“I’ll just have a chispa, thanks”). More often, though, it’s used to signify a kind of charisma or wit. To say someone’s got chispa (tiene chispa) is to say they’ve got something. They’ve got that special something. It can also mean tipsy or drunk, but the word is used more positively than negatively. Overall, chispa is good. If I had a cat, I’d probably name her Chispa. 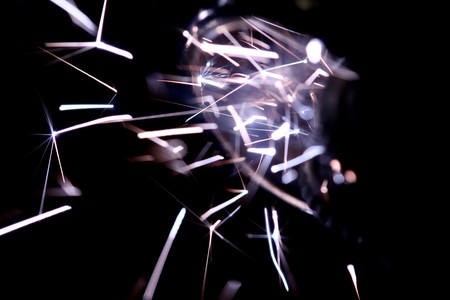 How do you say it? Tear-see-oh-pay-low.

What’s it mean? How do I use it? Terciopelo is a beautiful word that means velvet. It’s derived from words for “three” and “lock” (as in a lock of hair), reportedly referring to the three components originally required to make velvet by hand. Don’t try to say torta de terciopelo, or “velvet cake“, though—that’s not really a thing in the Argentine or Spanish food scene.