The Best Things To See and Do in Vanuatu 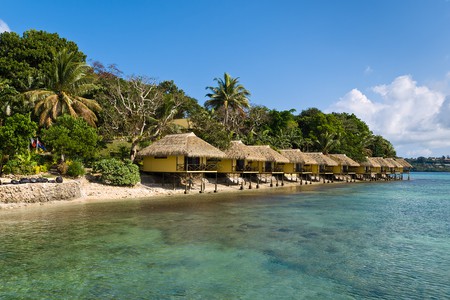 Vanuatu is consistently named as one of the least visited countries in the world, but is among the most beautiful | © holgs / Getty Images

Living up to its nickname as ‘the isles of smiles’, Vanuatu is sure to put a grin on any visitor’s face. From exploring untouched jungle and pristine tropical beaches to standing on the edge of a lava-spurting volcano, these are the top things to do in this South Pacific paradise.

With its blue lagoons, shipwrecks and spectacular beaches, it is a surprise more people haven’t visited Vanuatu. Each year, the South Pacific nation is named as one of the least visited countries in the world by the United Nations World Tourism Organization. But the Republic of Vanuatu, a Y-shaped archipelago of 83 islands, should be at the top of every bucket list. The country is home to incredible active volcanoes, thriving coral reefs, ancient tribes and lush, tropical jungles. The people of Vanuatu, known as Ni-Van, are also some of the happiest, friendliest people in the world. It is no mistake that the country is nicknamed ‘the isles of smiles’. Do not miss these gems when planning a trip to Vanuatu.

Stand on the edge of an active volcano

Mount Yasur on Tanna Island is said to be the most accessible active volcano in the world. It is possible to reach the 361m (1,184ft) summit on foot, but many people choose to save their legs and drive up in a 4WD vehicle. But all are left weak in the knees when they stand on the edge of the crater rim and listen to the ground rumbling beneath them while watching the lava fireworks below. The glowing crater is a particularly spectacular sight at night, when the burning embers are bright against the dark sky. The journey to the volcano is a sight in itself. Visitors are driven across a plain of black, steaming ash, formed over years from eruptions raining down from the volcano. 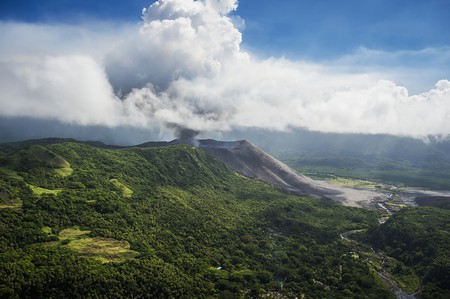 An image of the South Pacific is incomplete without picturing the azure blue waters of the Pacific Ocean, and with more than 2,500km (1,553mi) of coastline, it is no surprise that Vanuatu is home to some stunning beaches. The palm-tree fringed Champagne Beach on Espiritu Santo has soft white sand that feels like flour beneath your toes. In the south, Tanna Island has spectacular black sand beaches at the foot of active volcano Mount Yasur. Just be aware that most beaches are owned and maintained by locals and charge a small entry fee that goes toward supporting their village, so remember to have cash handy. 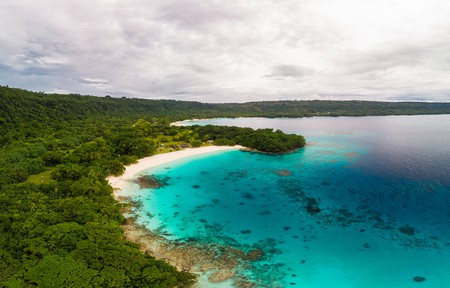 Beautiful beaches are not the only idyllic swimming spots in Vanuatu. The country has several deep, turquoise blue holes hidden in the jungle. Matevulu blue hole on Espiritu Santo, Vanuatu’s largest island, is surrounded by lush greenery and impressive trees dotted with rope swings. The water comes from underground limestone caves, which naturally filters the water clean of all impurities. Because of its purity, the water is a breathtaking shade of blue, and so clear it is possible to see every leaf and stick on the sandy bottom. Malo Island to the south of Espiritu Santo also has a blue hole filled with tropical fish – a perfect place for a dip.

Vanuatu is the most linguistically diverse country on the planet, with more than 100 recognised languages. But one of the most commonly spoken languages is Bislama – a form of pidgin English. Bislama is a Creole language that evolved from Ni-Van’s interactions with European traders. It began as a simplified form of phonetic English. For English-speakers, the language is often easier to understand when said out loud. Or if you missed it the first time, say: “Mi no savee”, meaning “I don’t understand”.

Kastom is the lifeblood of Vanuatu and once governed every aspect of traditional Melanesian life. It is a Bislama word used to refer to traditional culture and covers everything from religion and economics to art and even magic. In cultures where language is unwritten, traditions of the kastom way of life are passed on orally, either through stories or, often, in the form of dance. Kastom trails and traditional villages can be found across Vanuatu and offer visitors a glimpse into the past and Vanuatu’s rich cultural heritage. Over the decades it has been faithfully passed down from generation to generation and is still an integral part of modern Ni-Van life. “Vanuatu has a mysterious and mystical heart,” says Lea Faccarello, of the Vanuatu Tourism office. “Spiritualism and kastom are still alive and well here, with sculpted tam-tams adorning almost every village.” 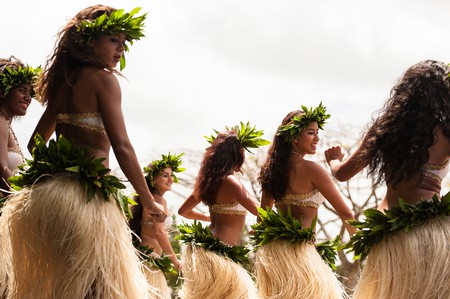 Kiwi AJ Hackett is often credited with being the father of bungee jumping, but long before he popularised the sport, the Ni-Van on Pentecost island were hurling themselves off giant structures with only a vine tied around their ankle. The original adrenaline junkies made the terrifying leaps of faith as part of a unique kastom ritual at the time of the annual yam harvest. Men and boys as young as seven jump would from a 20-30m (66-98ft)-high tower, which would take weeks to build using wood and vines from the jungle. The tradition remains strong, and the Pentecost Island ‘land divers’ still perform the ritual – known as Nagol or N’gol – every Saturday between April and June.

Yes, strange as it sounds, there is a village on Tanna Island where Prince Philip is worshipped as a god. Yaohnanen is one of several ‘cargo cults’ in Vanuatu, the name given to unusual religions that started in tribal and isolated societies after they had had an encounter with a more technologically advanced society. Prince Philip’s run as deity started in 1974 when the Queen and Duke made a visit to Vanuatu, and a warrior named Chief Jack Naiva became convinced that Prince Philip was the descendant of a Tanna spiritual ancestor. Although the chief died in 2009, the village still worships the Duke and hopes that he will one day return to their island.

Drinking kava is a centuries-old tradition in South Pacific cultures. In Vanuatu it is an integral part of kastom rituals, exchanged as a gift at important gatherings like births, deaths and marriages. Kava is a tropical evergreen plant that is a distant relative of the pepper plant. The drink is made from either drying out the plant’s roots and grinding them into a powder or paste, or chewing the root into a pulp and spitting it out. This is then mixed with water to make a drink. “With 80 of the 118 species of kava growing in Vanuatu, kava use is a way of life in both historical and contemporary ceremonies,” Lea says. “The roots of the plant are used to produce a drink with sedative, anesthetic and euphoria properties, and is drunk daily by a shell at kava bars, or Nakamals as they are called in Vanuatu.”

Vanuatu is a scuba diver’s dream because of the huge numbers of accessible shipwrecks in the country’s waters. During World War II, Vanuatu was the site of the biggest US base in the South Pacific. The ships sunk during the war are now home to thriving coral and diverse marine life. The most famous shipwreck in Vanuatu is the USS President Coolidge scuttled off the coast of Espiritu Santo. The enormous ship is over 180m (591ft) long, and divers have been exploring the 30-60m (98-196ft)-depth wreck since the 1980s. Lea says: “Considered by many divers to be the best wreck dive in the world, the SS Coolidge is still very much intact with reminders of her glorious days as a cruise liner and the remnants of her days as a troop ship.” Efate Island is also home to two accessible wrecks – the Bonzer and Semele Federesen. 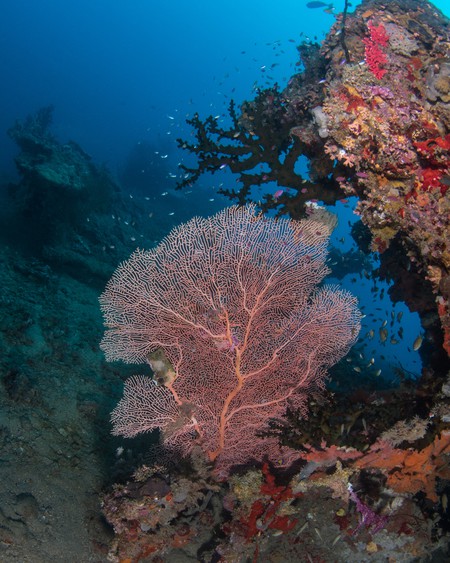 Vanuatu is home to a whole host of interesting creatures, including a rare species of bird that incubates their eggs by burying them in hot volcanic sand. But none are more interesting than dugongs, or sea cows. These giant mammals are endangered in many parts of the world, but their population numbers are high in Vanuatu. Called kowfis (cow fish) in Bislama, they are so named because they are the only marine mammal that is herbivorous – they graze on seagrass. Lea says: “Vanuatu is one of the few places where you can swim with dugongs in their natural seagrass habitat. Traditionally hunted for their meat, conservation efforts have stepped up in recent years.” Although some travellers report sightings near Port Vila, these are rare. “The best places to spot them are the outer islands, especially the seagrass meadows off Malakula, and Lamen Bay on Epi.” 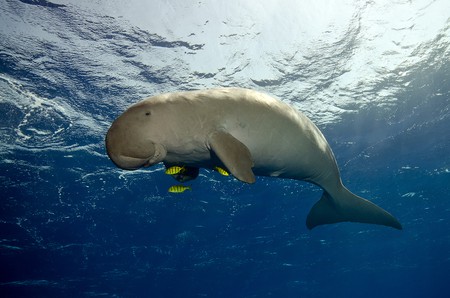