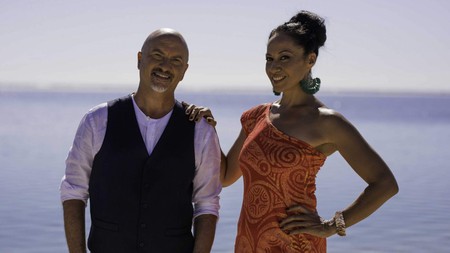 Pacific Islands have some of the highest obesity rates in the world, with ailments such as diabetes and heart disease on the rise – but now, a new TV show hopes to reverse these health issues by changing the way the people of the Pacific eat. Culture Trip explores how a reality cooking show is shifting public perception of the traditional Pacific diet.

The South Pacific is in the middle of a desperate health crisis. In the past 50 years, the traditional diet of Polynesians and Melanesians has been replaced by imported and highly processed foods. Often low in nutritional value and high in salt, sugar and fat, these processed foods have created a burgeoning health crisis. The rates of disease have spiralled, and the Pacific Islands have some of the worst obesity rates in the world. But Pacific Island Food Revolution is an innovative TV show hoping to revolutionise diets in the Pacific and turn attention back towards the islands’ sustainable and healthy traditional food choices.

A visit to a local market on any one of the idyllic island nations in the South Pacific is a feast for the eyes. Stalls are stacked with fresh produce in vivid, contrasting colours – orange mangoes piled high next to purple aubergines and sweet potatoes. It’s obvious that the mud-covered produce has been plucked from the fruit trees or pulled from the ground by a farmer’s hand – not processed on a factory production line. But look at the dinner plates of Pacific Islanders and it is clear these local, nutrient-dense foods are being passed over in favour of convenience food. Imported, ultra-processed goods like corned beef, fizzy drinks and instant noodles have become a scourge on the Pacific. These nutrient-deficient fatty foods have caused a drastic rise in health problems like diabetes, heart disease, anaemia and hypertension. But a reality TV show is taking a stand and trying to overhaul the health crisis plaguing South Pacific nations. Pacific Island Food Revolution is a cooking show that sees 24 chefs from Fiji, Samoa, Tonga and Vanuatu compete to produce the best dishes from sustainable, local ingredients. Funded by the governments of Australia and New Zealand, the series creators hope to encourage viewers to revive the traditional diet of their ancestors.

“There’s been such a swing away from the original natural cuisine base of the Pacific – beautiful food like vegetables, fruits, fish, coconuts and seaweeds – towards convenience foods,” says show host and executive producer Robert Oliver. “These have been heavily marketed, so the Pacific way of eating has changed a lot in the past generation.” 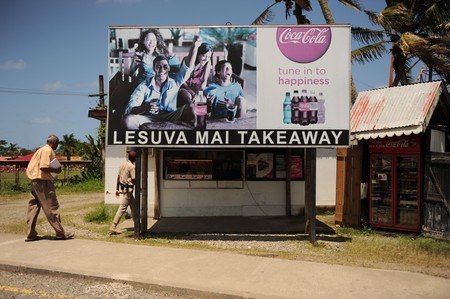 Pacific islands are already among the most obese nations in the world, according to the World Health Organization (WHO) global obesity list. Sobering WHO statistics also show diseases like heart disease, anaemia, diabetes and hypertension account for 70 percent of all deaths across the Pacific. Known as non-communicable diseases (NCDs) or lifestyle diseases, scientists fear these diseases are growing exponentially, increasing mortality rates at disastrous speed

“I grew up in Fiji, and when I was a kid, there was no diabetes,” says Oliver, who now lives in Auckland, New Zealand. “The term NCDs itself is only 10 years old. “The main point is this is all correctable. And the most tantalising aspect of it is that the correction sits right in the backyard.”

The show follows the format of established cooking shows, with teams competing to represent their countries and celebrate the Pacific’s food heritage. They use local ingredients and local cooking methods to produce delicious dishes from archetypal Pacific fruit and vegetable crops, including taro, cassava and manioc. But the pervasive message is encouraging people to choose healthy and sustainable ingredients – whether grown on the islands and in domestic gardens or caught in the tropical South Pacific seas.

Airing the show on TV is a powerful medium to get the message across – the same platform on which viewers are inundated with adverts for fizzy drinks and convenience food. But Oliver does not intentionally pit the show directly against this marketing. He wanted the show instead to carry a message of encouragement. 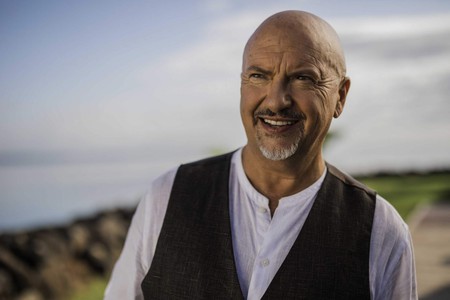 “I understand the power of television,” says Oliver. “We created Pacific Island Food Revolution to have elements of that reality competition in it because I knew it would engage people. The authority and glamour of big TV was also a powerful space to compete with the messaging that the other companies were putting out. But I don’t talk about the negative aspects of the fast food industry or sugary drinks, because then people are blamed for their food choices. I wanted to celebrate what is good, and what is good is your own culture, food that your grandmas made.”

Each episode of Pacific Island Food Revolution revolves around a challenge facing the people of the Pacific. Season one (aired in June 2019) featured an episode on how to produce healthy meals for babies, and discussed climate change and its impact on food.

The show aired in New Zealand and Australia and ran across 26 television networks in the South Pacific. A London network has also reportedly signed for distribution rights. A second season of Pacific Island Food Revolution began airing in June 2020 and hopes to repeat the far-reaching success of the first. 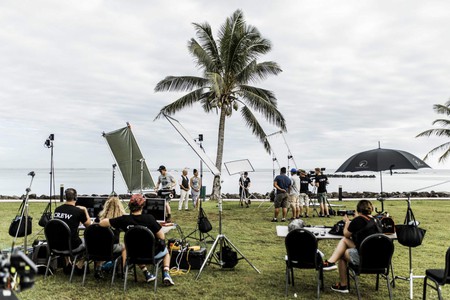 Vanuatu’s Votausi Mackenzie-Reur has been championing her national cuisine for decades. She features as a co-host on the show alongside Oliver in the episode filmed in Vanuatu. Other hosts include Tonga’s Princess Royal, Salote Mafile’o Pilolevu Tuita, and Fijian surgeon Dr Jone Hawea who witnesses the devastating effects of the Pacific health crisis in his hospital every day.