What to Eat and Drink in Tahiti 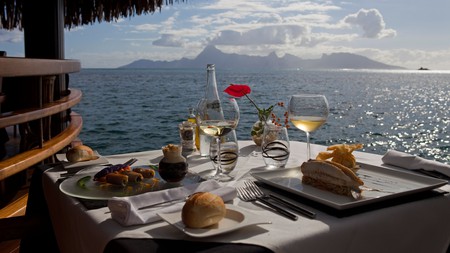 With Polynesian favourites mixed with the flair and class of French cuisine, Tahiti offers visitors a wide variety of foods and flavours. Expect to take part in at least one amara’a (banquet) during your time there, where you can sample many different Tahitian meals and cool off with some local brews.

Hima’a is not a particular food, but instead is a style of cooking using an underground oven. Many Pacific Islands have their own version of this type of cooking, such as the lovo in Fiji or the hāngī by Māori in New Zealand. Hima’a is used for preparing large feasts or banquets, with meat and vegetables often cooked in banana leaves.

An island favourite, poisson cru is Tahiti‘s twist on the classic ceviche seafood dish. A feast for the senses, it involves raw fish marinated in lemon or lime juice and mixed with coconut milk to make a vibrant, flavourful and colourful dish. 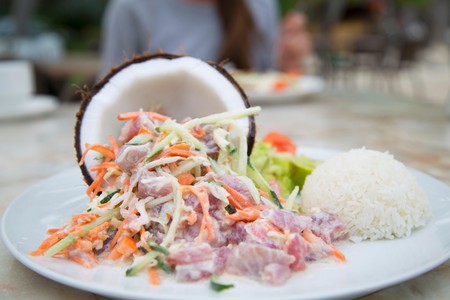 Po’e is a dessert made from banana and the root vegetable taro, and often cooked in the hima’a oven until it thickens, then served in a coconut milk sauce. Sweetened with vanilla, papaya or even pumpkin, po’e is a real favourite at Tahitian feasts.

Fafaru is a fish dish for the brave. It’s marinated in fermented seawater, but the way this fish is prepared makes it extremely tender. If you can get past the smell, you can begin to enjoy the complex flavours – but you’ll certainly need a strong stomach.

Hinano lager is the traditional beer of Tahiti. Named after a white flower indigenous to the South Pacific, the beer has been brewed since 1955. Crisp with a slightly bitter taste, Hinano is served on tap around Tahiti and also sold widely in cans and bottles. 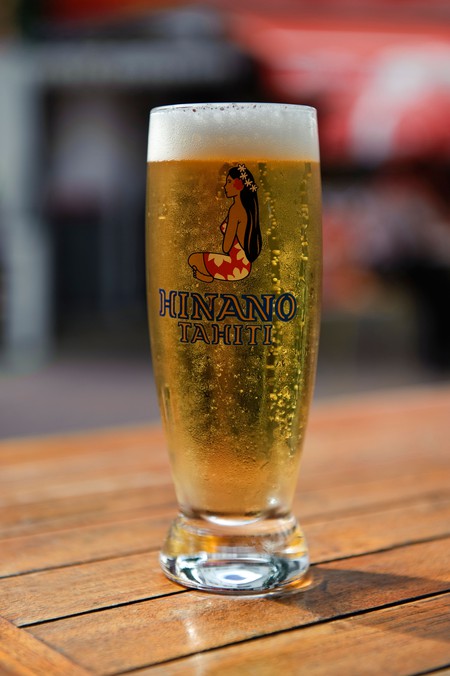 Is it possible to grow grapes on a coral atoll? The French believed so, and set out to establish the world’s first coral atoll vineyard. Vin de Tahiti is made on Rangiroa in the Tuamotu archipelago, at the Dominique Auroy Winery. In true island style, the grapes must be transported by canoe during the twice-yearly harvest.

You might have heard about ‘Tahiti Drink’ – an island concoction of pineapple, passion fruit, orange juice, vanilla, sugar and rum. It’s produced on the island of Mo’orea at the Manutea Juice Distillery, and has been since 1984. 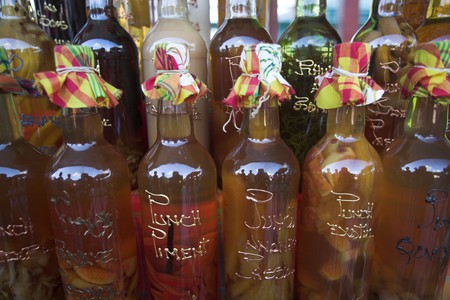