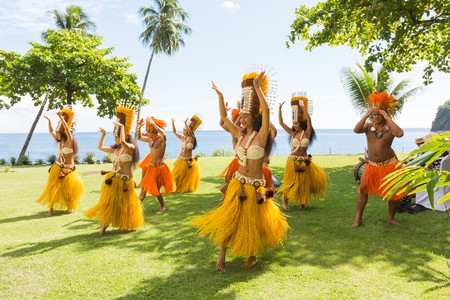 You might be familiar with the hypnotic hip-swaying of Tahitian woman, but do you know about the origins of Tahiti’s oldest dance, the ōte’a? Today, there are four types of traditional dancing in Tahiti, some reserved for men, others for women. Here’s what you need to know about the ōte’a.

Performed to Polynesian percussion instruments, the ōte’a, or simply the otea is one of Tahiti’s most famous dances. It’s usually recognised by the rapid hip shaking of female dancers, although it can be performed by men as well. The basic steps sees the woman’s hip swing to one side, while the heel of the opposite leg lifts slightly off the ground. This move is repeated at high speed to create the woman’s rhythmic hip shaking or circling, with elegant arm movements added. The hip circles are called Faʻarapu.

It was originally a war dance performed by men

While the otea is often seen performed by woman, it was originally a war dance for men, but has evolved over time. The male moves are significantly different to the female, with a particular move called the paoti, which sees the man rapidly open and close his knees to the drumbeat. The otea can be performed solo, as a couple or in a group. 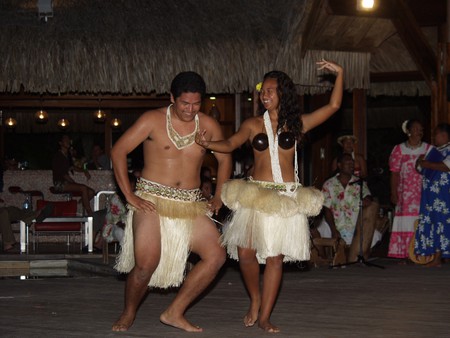 It centres around a theme or storyline

All Tahitian dances are based on a storyline. The otea dance could be about Tahitian legends, volcanoes, historical events or even more mundane stories about basic life.

Dancing was forbidden by missionaries

When the Christian missionaries started arriving in Polynesia, many local traditions and rituals were outlawed and forbidden, as they were seen as conflicting against church ideology. In Tahiti, the dancing was seen as too sensual and provocative and was associated with drunkenness, debauchery and prostitution, eventually being driven underground. It wasn’t until the 1950s where Tahitian dance was restored to its former glory and respect.

There are three other dances in Tahiti

Just like countries which have different dialects, there are may different forms of Tahitian dancing. Apart from the otea, there is the Aparima, Hivinau and the Pa’o’a. The aparima is similar to a pantomime, where the dancers hands use mime actions to tell a story of the past. It still consists of hip movements but much slower than the otea. The Hivinau sees male and female dancers form a circle with a male soloist leading the singing. The Pa’o’a consists of male and female dancers crouching down in a semi-circle, with a couple performing a short dance in the circle. 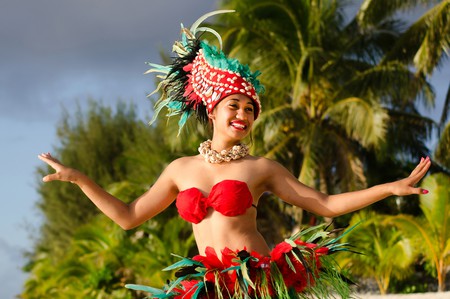 Costumes are an important part of Tahitian dancing

Because Tahitian dancing is often about storytelling, costumes play an important part in the performance. Different dances require different outfits. The otea typically has costumes made out of plant-based materials, while the aparima female dancers will wear a cloth dress. Some tops might be made of cloth, others could be a coconut shell bikini top. Some dancers also wear elaborate headdress. 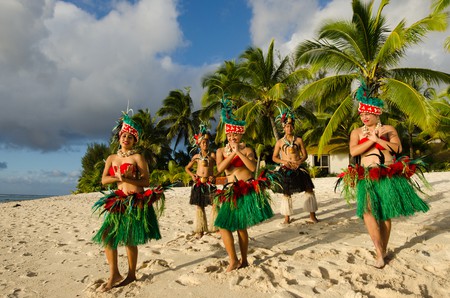