The Parallel Lives Of Paul Gauguin And Jacques Brel

Hidden within the depths of the Hiva Oa island in the Marquesas lie the tombs of two great artists – one a post-impressionist painter whose radical visual language would not be recognized until after his death; the other a Belgium-born singer-songwriter whose emotionally-charged performances made him one of the most popular French-language singers of all time. 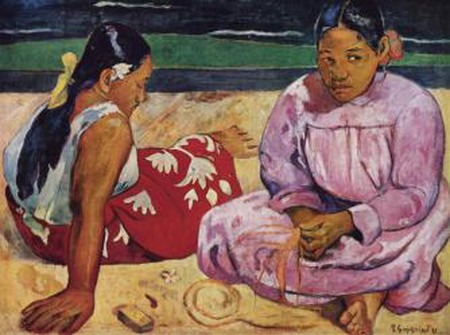 Tahitian Women on the Beach, 1891/WikiCommons

Belgian singer-songwriter Jacques Brel and French post-impressionist artist Paul Gauguin were two monumentally influential figures who lived roughly one century apart. Each achieved much in his respective lifetime, however it is death, not life, that binds them together today; the tombs of these great artists are situated just meters apart from each other on Hiva Oa island in the Marquesas. Though both retreated to the Pacific as a form of escape, their respective circumstances at the time could not have been more different.

Paul Gauguin arrived in the Marquesas in 1891, having abandoned his family, business career and escaped angry creditors in Europe in pursuit of a life as an artist. Gauguin’s well-documented fascination with the Pacific grew from a disdain for European civilization, which he considered to represent ‘everything that is artificial and conventional.’

For Gauguin, the Pacific islands were a paradise where he could indulge his senses in his exotic surroundings and devote himself to making art away from what he saw to be the constraints of civilization. Gauguin’s paintings of the Pacific – the women, the landscape and observations of daily life – reveal his fantasy, shared by most Europeans at the time, of the islands as a carefree and tropical Garden of Eden, ‘untainted’ by civilization.

His paintings of the Pacific typically depict local women as sensual figures in various states of undress, bathed in a golden glow against a background of lush forestation. Gauguin’s use of non-naturalistic color, symbolism and his synthesis of visual and literary sources were considered controversial at the time. His simplified visual language, with its elements of primitivism, is exemplified in well-known works such as La Orana Maria (1891), The Seed of the Areoi (1892), Where Do We Come From? What Are We? Where Are We Going? (1897), and Two Tahitian Women (1899).

Where Do We Come From? What Are We? Where Are We Going?, 1897/WikiCommons

Though he was not celebrated during his lifetime, Gauguin has since been recognized as a leading post-impressionist artist whose bold vision would influence future young artists, the most famous among which being Pablo Picasso. Picasso’s crude, disjointed depictions of abstracted nude women, such as those depicted in Les Demoiselles d’Avignon (1907), are said to have been directly influenced by Gauguin. 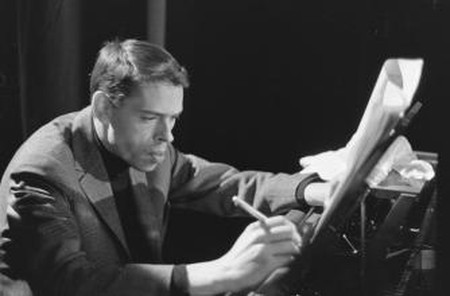 For Jacques Brel, his arrival on the shores of Hiva Oa was also a form of escape, having become exhausted by the rigorous demands of touring. By this point, Brel had already enjoyed a wildly successful career, his final performances in Paris attracting tens of thousands of fans eager for one last glimpse of the musician. In Hiva Oa, Brel found an escape from this adoration and a chance to indulge other passions.

Like Gauguin, Brel had initially worked in a conventional job before pursuing a life in the arts. In his twenties, feeling unfulfilled working in his father’s cardboard factory, Brel began performing in cabaret clubs in Brussels and eventually moved to Paris. It was not until a ground-breaking performance in Paris in 1961, however, that Brel’s talent was well and truly recognized and he was crowned the new star of the French chanson. 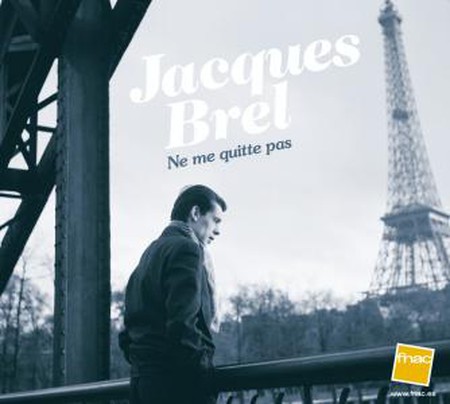 © Concept and design by Comunicom

Brel’s emotionally-charged songs and spellbinding stage presence have made him one of the most beloved singer-songwriters in French music history, along with Leo Ferre and George Brassens, other artists of the so-called golden era of chanson française. A look through Brel’s songs reveals Brel’s musings on a diverse range of subjects, including religion (Les Bigotes), patriotism (Le Plat Pays), social commentary (Les Bourgeois) and of course love (Ne Me Quitte Pas, Quand On A Que L’amour).

Brel’s gifts as a lyricist have earned him admiration from artists well beyond the borders of the French-speaking world and his music has been translated into numerous languages. Well-known covers of his songs have performed by artists as diverse as Nina Simone, Frank Sinatra, Leonard Cohen and David Bowie.

Drawn to French Polynesia for vastly different reasons, Paul Gauguin and Jacques Brel are two artists who have cast monumental shadows over their respective artistic domains.