A Guide to Sailing in French Polynesia 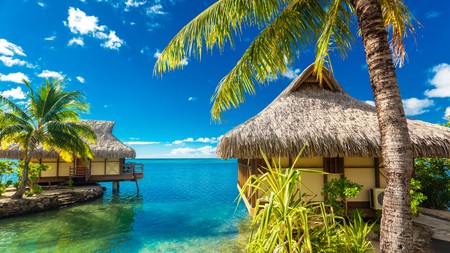 The very definition of exotic, French Polynesia remains the primary reference for paradise. Indeed, the overwater villa of postcard fame was invented here. The snag? For many, it’s no small distance from home – half a world away in the implausibly vast South Pacific, in fact. But commit to the journey and you’ll be rewarded with island-hopping, diving and mountain hiking adventures the likes of which you’ve never experienced, plus world-class surfing, too. A dream-like yachting playground – and no mistake.

Discover the best of French Polynesia by hiring a boat through Dream Yacht Charter – no sailing experience necessary.

There’s a reason Bora Bora tops the list for moneyed honeymooners and heads of state. But they’re all on the eastern motus – a series of sand-fringed islets. Have your captain head west and fetch up your snorkel. Serrated jungle peaks are a surreal backdrop for empty aquamarine lagoons. They’re home to rainbow coral gardens teeming with fish – marquesan parrotfish, damselfish and flame perchlet – that you’ll find nowhere else on earth.

Prefer your marine life a little bigger? Head to Moorea – a close neighbour of the main island of Tahiti – between July and November. It’s one of the best places on earth for humpback-whale watching. You can swim with dolphins, too.

We’d better mention the beaches. Maupiti’s Tereia Beach, in particular, is so eye-widening it’s hard to believe it hasn’t been Photoshopped. But why here over elsewhere? At low tide you can wade through the knee-high lagoon to the forested cay of Motu Auria. Keep an eye out for friendly rays and (harmless) black-tip sharks on the way.

Like surfing? Legendary Teahupo’o break on Tahiti is where the world’s best catch heavy-water swells. If these barrels are too big, then a voyeur’s surf safari is just as fun, watching them from the back of your boat. Afterwards, you can tack down the coast for cinematic swimming in eerie, empty mangroves. 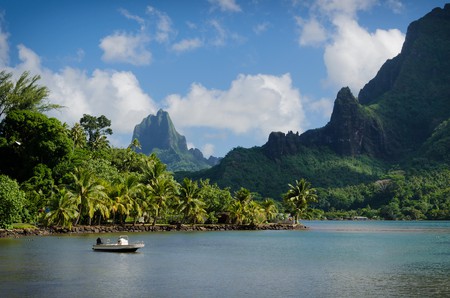 Raiatea is the sailing capital of French Polynesia. Apooiti, near Uturoa at the island’s northern tip, is a full-service marina, monitoring VHF channel 12. Aside from charters, sailmakers, fuel, grocery and repair services, you’ll find bars and restaurants where you can watch the yachts swaying at anchor. ​​It has berths for 80 boats.

Divers should anchor near the coral surrounding Raiatea’s motus (reef islets) for spotting dartfish and wrasse species found only in these waters.

Don’t miss the vanilla-scented island of Taha’a to swim the sheltered lagoons of Hurepiti Bay. 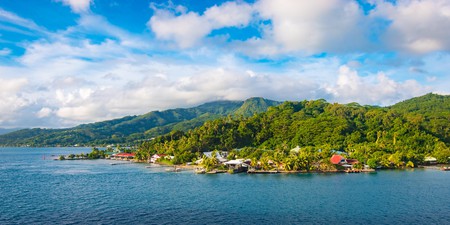 French Polynesian food sticks to your ribs. Pork, taro and breadfruit are all staples, ideally cooked together in a hima’a (hot-stone pit). Poisson cru (aka raw fish) is as ubiquitous as it is delicious – such as the freshest yellowfin tuna, cured in lime juice, dressed in coconut milk and served with tomato, onion and spicy peppers. Try it at La Matira Beach Restaurant in Bora Bora, a classy place with camera-commanding beach views and a reputation for the best Polynesian, Japanese and French food. For a local experience, you can’t beat grilled dorado overlooking the lagoon at Snack Mahana on Moorea. 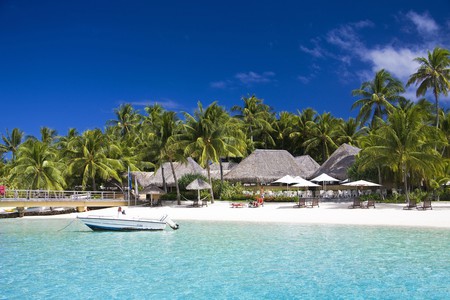 With some 118 islands beckoning, you’ll need to charter the best around. Dream Yacht Charter runs five yachts and 25 catamarans in these seas, either as bareboat or crewed charters. Based in Raiatea, they’ll be happy to take you anywhere in French Polynesia. 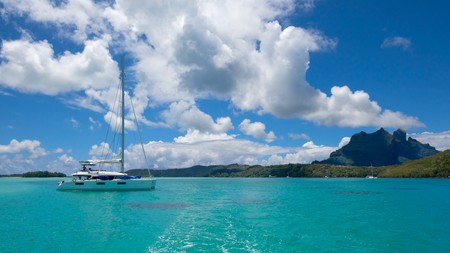 Tahiti, with nearly 70% of French Polynesia’s population, is the obvious stop for provisions. Moor at Motu Uta Pier in the capital Papeete, and head for the large, well-priced Manini Market on the corner of Rues De L’Evȇché and Du Général Castelnau. Le Petit Village on Moorea is the most easily accessible by tender.

Year-round trade winds are a godsend in French Polynesia, keeping sails billowing and sailors happy. Yet while they’re great for yachting, they’re not desperately needed to keep things cool. Average ambient temperatures in the islands hover between minimums of 20C-23C and maximums of 26C-30C. The most rain falls between December and March, when monthly averages hit 300mm (12in). Water temperatures peak at 28C in these months and there are very few cyclones, especially outside El Niño years. 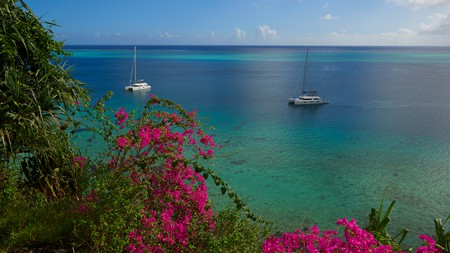 Tahiti’s Faa’a is the only international airport. From there, Air Tahiti flights fan out to several of the larger islands in the six archipelagos, including Bora Bora and Moorea. Of course, you might want to get there under sail: yachts regularly travel here from North America, Australia and New Zealand.