12 Reasons Everyone Should Visit Tahiti At Least Once 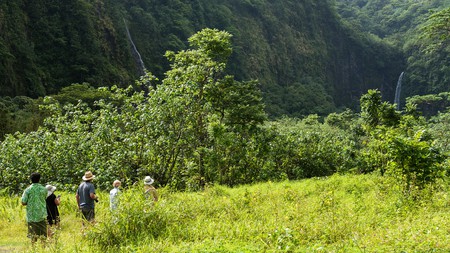 While Tahiti often conjures up images of romantic overwater bungalows, there’s a lot more to it than just romantic honeymoons. From the knockout volcanic landscape which shapes Moorea, to the mesmerising Tahiitan dancing, Tahiti and Her Islands are vibrant and diverse. It’s probably not that hard to convince you to visit, but here are some jolly good reasons nonetheless to put this piece of French paradise in the Pacific on your bucket list.

The Tahitian black pearls come from the black lipped oyster farmed around French Polynesia. These oysters can grow quite large, which means these pearls can be bigger than many others. A true black Tahitian pearl is very rare, as most are shades of dark grey and brown.

You might be outside of France, but that doesn’t mean the cuisine is any less French. Like New Caledonia, French Polynesia has its share of top quality French influences in the food, with local Tahitian ingredients. Many dishes are served with sauces and, of course, have French names. The national dish is known as poisson cru – which is a Tahitian version of the raw fish dish ceviche. 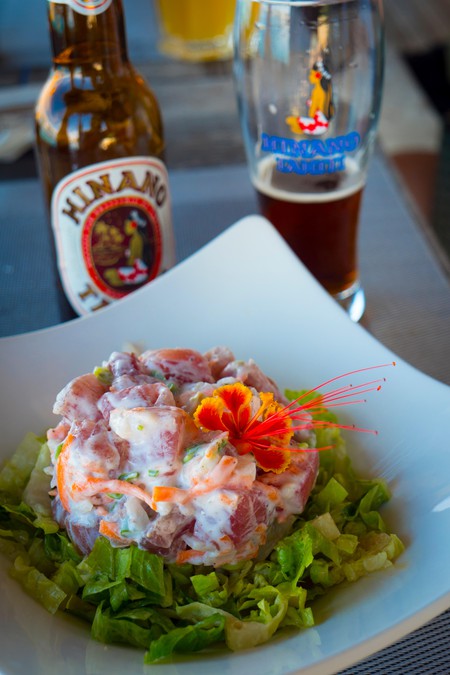 Every year, from around June and July until October, the humpback whales arrive in Polynesia to breed and give birth. Polynesia is a declared Marine Mammal Sanctuary, so there are strict regulations in place so as not to disturb the whales. There are a number of sightseeing boats which offer this service to view these impressive and incredible giants of the sea.

It wouldn’t be a Pacific nation without at least a little snorkeling available and Tahiti is no different, with shark snorkeling experiences available and plenty of lagoons to play around in. The scuba diving is a little more difficult – of Tahiti’s 112 islands and atolls, dive centres are only found on 11 of them. However, those areas can offer outstanding diving, from high-speed drifts, to impressive wrecks and large pelagic species depending on the time of year. 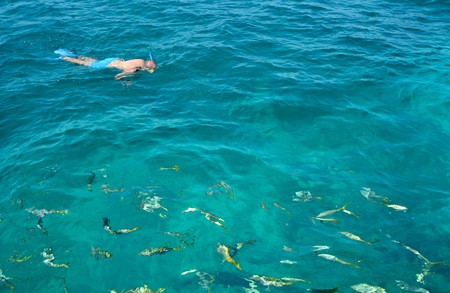 With under 300,000 people living in French Polynesia, there’s little light pollution disrupting the night sky. Gaze up after sundown and enjoy some of the famous constellations in the Polynesian sky, such as The Southern Cross, Scorpio and The Pleiades.

French Polynesia might elicit images of lagoons and beaches, but easily the most impressive landscapes in the archipelago are when you turn to the dramatic mountains, cliff faces and peaks. The most famous is Mount Mouaputa on the island of Moorea, jutting out of the ocean abruptly reaching high into the sky.

Tahiti has many natural wonders, one of them being the nation’s waterfalls lying within the valleys of lush ferns. Most of them require a bit of a hike to reach, but the natural pools at the bottom makes it worth the effort. Les Trois Cascades, the Three Waterfalls, are also know as the Faarumai Waterfalls and are one of the more well-known and spectacular falls. 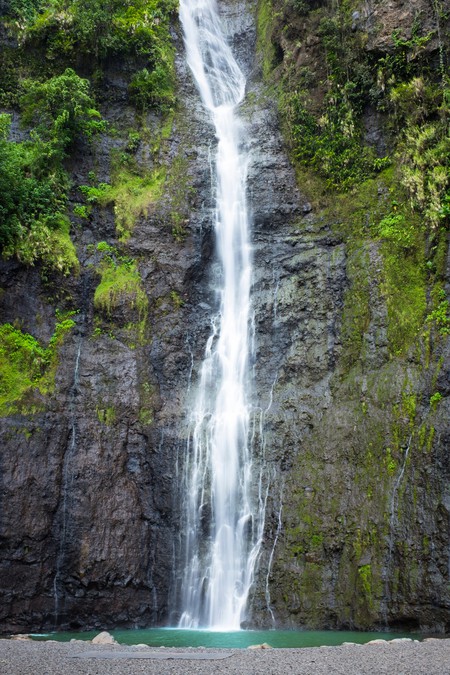 The Arahoho Blowhole is found on the Northeastern side of Tahiti Nui, where the rugged coastline creates this natural phenomenon. The blowhole is the result of years of coastal erosion from the pounding waves against the cliffs. There are a number of blowholes along the coast but Arahoho is the largest, spurting out sea spray through the top of a hole in the rocks with every large swell.

The stunning lagoons of French Polynesia are really what make this place so famous, especially when you picture the overwater bungalows of Bora Bora and Moorea. Drift off to a daydream while surrounded by a calm turquoise sea. Rangiroa, which is found in the Tuamotu Archipeligo, has the largest lagoon in French Polynesia. 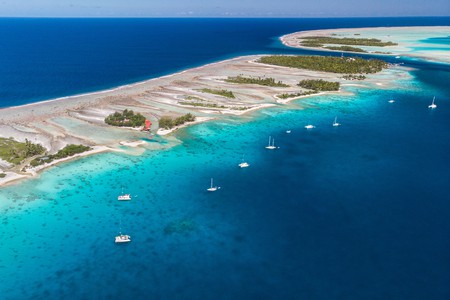 If relaxing in the lagoon sounds a bit boring, then a jungle tour through Tahiti’s rainforests will keep you on your toes. It’s a chance to appreciate the beautiful diversity of Tahiti, from reef to rainforest.

Tahiti’s known for big wave surfing, ready to challenge even the world’s greatest surfers. Teahupoo is considered the most dangerous break in the world due to its size, force, power and of course, the razor sharp reef below. Don’t worry, if you’re not a surfer you can still take a sightseeing boat out to see this incredible force of nature. 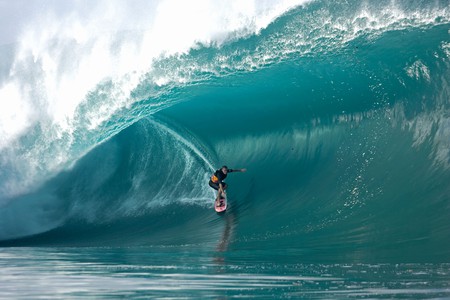 Polynesian culture is unique, particularly when it is combined with the French influence. From music and dance to the local cuisine, enjoy these different cultures merging together as one in Tahiti.