Pitcairn Island is home to the descendants of the British and Tahitian people, who were involved in the famous mutiny that occurred here many years ago aboard The Bounty, a Royal Navy merchant vessel. Inevitably, this story defines a huge part of Pitcairn ancestry, and even though the Islands are part of one of the least populated jurisdictions in the world, this event has been reproduced various times across all sections of the media. 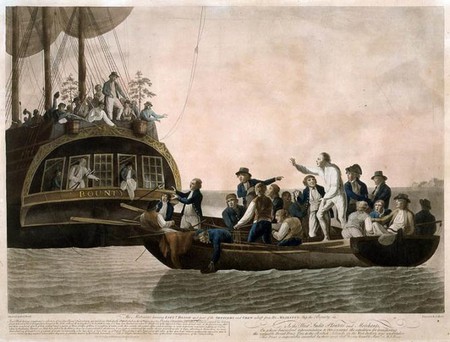 The story began with The Bounty setting sail from England to Tahiti in its mission to transport breadfruit to Jamaica, where the trees were to be introduced as a reliable and nutritious food source. The journey itself was difficult for all involved, as Captain William Bligh eradicated months of the ship’s planned route; a decision that ended in a navigational nightmare. Severe weather conditions were an additional hindrance and because of Bligh’s focus on getting to Tahiti while the breadfruit was still in planting condition, he pushed his crew harder and violated many of their basic rights. In an attempt to justify his actions to Fletcher Christian, the ship’s second-in-command, Bligh explained that instilling fear was the only way of motivating the crew. Eventually Christian’s tolerance diminished and he lead a mutiny against Bligh, taking over The Bounty and sending Bligh and the portion of the crew that was still loyal to him away on a small boat. Following this, Christian and the rest of the crew set sail and settled on Pitcairn Island. Bligh and the rest of his men returned to England and reported the mutiny. 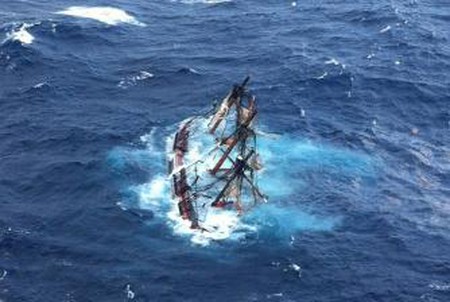 One of the most famous reproductions of the story is the film Mutiny on the Bounty (1962), which retells the historic sequential events that took place aboard the ship. The film stars Marlon Brando as Fletcher Christian and Trevor Howard as William Bligh, both of whom have been described as giving “fascinating performances.” Mutiny on the Bounty is also coined as a tale that is “true, turbulent and tremendous”, pointing to the historically dubious retellings of the story. Directed by Lewis Milestone, a Russian-born American motion picture director, who also directed films such as Two Arabian Knights (1927), All Quiet on the Western Front (1930), Of Mice and Men (1940) and Ocean’s 11 (1960). Mutiny on the Bounty is deemed a blockbuster, especially in comparison to the original 1935 film. A much loved replica of the ship was created for the 1962 film and successfully sailed the globe until it was sadly lost, along with two crew members, during the violent Hurricane Sandy in 2012.

The HMS Bounty in Popular Culture

Other references to this event relating to the identity of the Pitcairn Islands can be found, the most unexpected coming from the more contemporary context of pop culture. The British rock band The Mekons, for example, have a song about the mutineers, and series such as Star Trek and The Simpsons have named ships or even created episodes based around the event. More recent literary accounts have provided different views, like John Boyne’s 2008 novel Mutiny on the Bounty which was written from the perspective of Bligh’s personal valet. Even the manga series, Highschool of the Dead, likens characters to mutineers of The Bounty. Finally, comic book writer Andrew Bonia hosts a blog called ‘On the Bounty’, where he draws different comic scenes of the mutiny. The Bounty is now also celebrated on postage stamps around the world and every January Pitcairn Island is host to Bounty Day, in remembrance of the event.

Take a look at the 1962 trailer for Mutiny on the Bounty below: