The startling 2009 documentary ‘Palau – Blue Sky‘ highlights how, for six Uyghur (sometimes spelled Uighur) men unjustly imprisoned in Guantánamo for eight years, their release and relocation to Palau is only the beginning of a long journey to freedom. 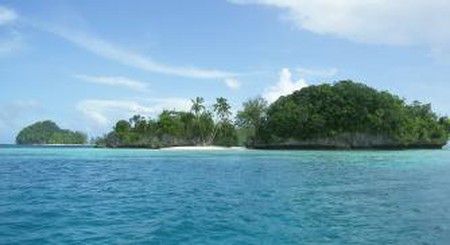 The Micronesian archipelago of Palau | WikiCommons

In 2009, six Uyghur men arrived in Palau flanked by US military guards. The men had been handcuffed and heavily guarded for the duration of the long flight, but this was a small inconvenience in comparison to the eight years they had spent in Guantánamo, wrongly imprisoned as terrorists during George Bush’s War of Terror.

The six men, Uyghurs originally from western China, had been forced to flee to Afghanistan due to persecution by Chinese authorities. During the 2001 invasion under then-President Bush, the men were caught by bounty hunters as suspected terrorists and shipped to Guantánamo, where they remained for eight long years. Their arrival in Palau in 2009 represented the successful challenge of the legality of their imprisonment. 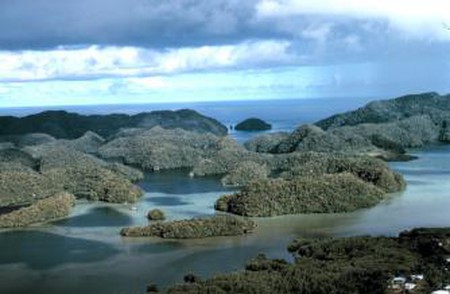 Aerial view of the limestone islands of Palau | WikiCommons

Though one might assume life in Palau would be idyllic in many ways, their reintegration into society has posed new and challenging issues of social isolation. German directors Christoph Faulhaber and Daniel Matzke capture this in their 2009 documentary Palau – Blue Sky. The documentary follows the lives of these men during their initial period of resettlement into Palau, and incorporates interviews with their translator and even the President of Palau himself.

The documentary is a startling juxtaposition of idyllic scenes of island of life – replete with wide pans of sparkling ocean and, as the title suggests, clear blue skies – with the realities of the day-to-day challenges facing the men. For example, as Asian Muslims with little grasp of the English language, the men face difficulty integrating with the inhabitants of this English-speaking, largely Christian island in the Pacific, raising questions of if and how they would ever be able to truly become part of Palauan society. 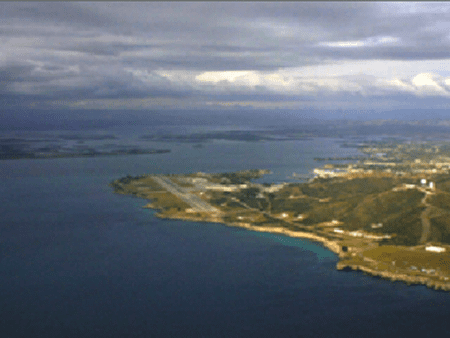 Though the Palauan government has granted the men freedom to leave and enter the country as they wish, without access to passports, the men are technically stateless and it is doubtful that they would be allowed within the borders of any other country. Furthermore, Chinese officials have made it clear that they wish for the ex-detainees to be returned to China. Though the men have been successfully prevented from being taken back to China on fear of execution, China’s strong global influence has meant that there are few countries that are willing to accept these men.

Though the improvements to their quality of life since leaving Guantánamo cannot be questioned, the documentary highlights the tragedy that has befallen these men due to being caught in a much larger struggle for power between China and the US. Ultimately, the documentary questions the notion of freedom for these men, who remain stateless and stranded in Palau.