Where To Go In Wellington For Panoramic Views 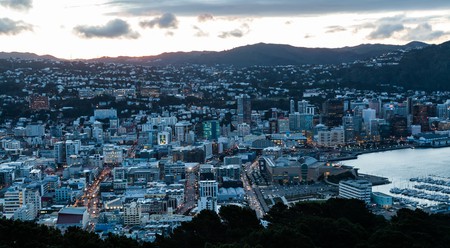 Wellington is well-served with panoramic views. There are various lookouts and summits to visit if you’re eager to catch a glimpse of the city’s most beautiful landmarks. When you’re passing through the New Zealand capital, make sure to set your sights onto these six picturesque points.

Whenever someone talks about the panoramic views found in Wellington, Mount Victoria is the first name to come up. Its 196-metre (643-foot) positioning right at the heart of the city makes it the ideal spot for sightseeing. Walk up the summit to put Wellington life into full perspective. If you’re looking for a place to watch the sunset, Mount Victoria is a highly coveted spot.

Formerly known as Tinakori Hill, Te Ahumairangi Hill Lookout is an important historical landmark in Wellington. The site has played an significant role in Māori and European settlement history, and is also the place where some of the first radio aerials were installed in the city. The lookout itself, which is surrounded by walking tracks and picnic areas, provides spectators with a view of Pencarrow and the Wellington Harbour.

Mount Kaukau is easy enough to recognise: Not only is it the highest point of the city, it’s also where Wellington’s TV tower is situated. Choose any of its steep, well-formed walking tracks to reach the summit lookout. Your trek will be rewarded with a breathtaking perspective of the city centre, the harbour, Hutt Valley, Tararua Range, Porirua and the South Island.

A striking, underrated gem offering a full panorama of the Wellington Harbour, the Massey Memorial is located on the Miramar Peninsula, and is the mausoleum of former New Zealand prime minister William Massey. If you’re keen to make your picturesque stop a day trip, go for a walk around the memorial and then settle down for a picnic.

Another spot that continues along the Mount Victoria ridge line, Mount Alfred is a nice scenic destination for the most active of visitors. This is a popular place for mountain bikers, runners and hikers alike, and there are plenty of picnic areas for those wanting a quick pit-stop with a nice view to match.

If you’re looking for a hillside hiking spot with undeveloped tracks and scenic coastal views, Oruati Reserve is the place to go. The ridge is located at the entrance of Wellington Harbour, between Worser Bay and Breaker Bay on the Miramar Peninsula, so you’ll be getting plenty of sun-kissed views from its highest point. While you’re out there, make sure to check out some of the nearby historical sites too.